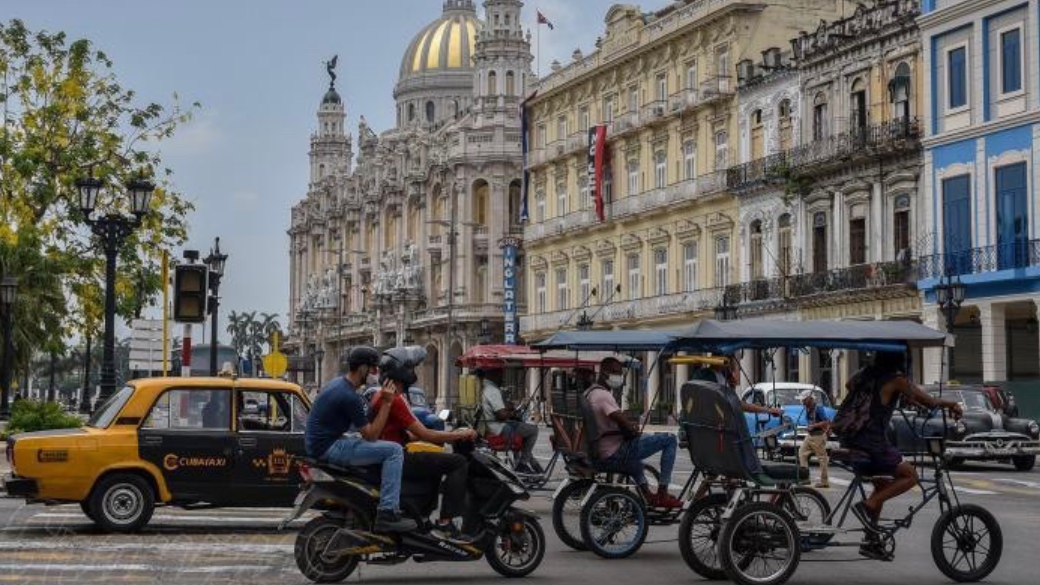 What they don’t say about Cuba

The old-fashioned information war that we have been going through this week against Cuba did not start with Biden. Since 2017, the United States has repeatedly and wrongly talked about a social explosion in Cuba with its magic solution of “humanitarian intervention”. At the same time, Trump has moved forward on his litany of adding additional sanctions to the blockade, 243 to be exact, which have been kept intact by the current administration.

In February 2020, the friends of Luis Almagro, Secretary General of the OAS, and members of Congress from Florida, between two selfies along with the most despicable far-right fascists, launched a campaign on social networks entitled “Crisis in Cuba: repression, hunger and coronavirus”. At that time, there was not a single case of COVID-19 on the island. There was also no shortage, as is the case now, of food or medicine. And this despite the successive blows to the finances, the pressure on the banks, the persecution of ships with oil, the brutal cut-off of remittances, the cancellation of scheduled flights from the United States and many others. As Cuban writer RenÃ© VÃ¡zquez DÃ­az recently put it, imagine the army of U.S. government officials who have worked tirelessly since 1960 to ensure that children, the elderly and the sick, women and men are subjected to the unspeakable in a small country that has never attacked its executioners. Imagine the massive number of U.S. government officials who, now more than ever, continue to do this daily work.

Imagine for a moment the cost of this full spectrum war that operates in cyberspace. They connect and share information with all of their agents working in “real time” to ensure that social unrest goes from a promising potential to something that looks plausible. This happens without ever mentioning the hand that cradled the cradle. And without revealing, of course, that the majority of Cubans did not participate in the demonstrations and will in no way accept a “humanitarian intervention” or the bombs and the marines that accompany it.

When the Cuban government called on the people to defend their revolution, the signal was given on social networks and international media to turn President Miguel DÃ­az-Canel into a criminal. They forgot to mention that the president did not call the military to shoot citizens or inflict eye injuries or use electric batons and water tanks with acid or tear gas or any other weapon. . The majority in Cuba know who the real criminal is in this story.

And they came to defend the Revolution even before Diaz-Canel explained what was happening on Sunday afternoon and called for calm amid a bombardment of the oceans of toxic information and fake news of all kinds on social media. Just a small example of this, a CNN report this week in Spanish featured a demonstration of support for the Revolution by workers at the Economy Ministry in Havana, as if it were an anti-government protest. To make it more realistic, they added the song “Libertad” by Miami businessman Emilio Estefan.

What the mainstream media also omits from their reports is that there is documented involvement of Florida businesses and websites in the organization of this campaign funded by the US government. Comprehensive reports have also been published on the use of Big data and cutting-edge artificial intelligence systems against the island, similar to the ones they used to justify the coup in Bolivia. Analysts have also documented the existence of digital cyber troops who coordinate actions on social media and use computer intelligence systems to generate a loud echo chamber against the Cuban government. But all this was sort of not mentioned.

Spanish researcher JuliÃ¡n MacÃ­as Tovar showed how these cyber troops organized themselves on Twitter, amplified millions of messages and issued instructions for coordinated harassment of influencers to give volume to the hashtag #SOSCuba. The tactics used, typical of a cyber warfare operation, were aimed at generating the artificial illusion of a large-scale consensus against the Cuban government. It is a carefully planned brute force operation in social platforms that brings together all the characteristics of the irregular or hybrid warfare of American design in the Internet age, which takes almost 20 years of practice.

In 2003, the US Department of Defense declared cyberspace as a new territory to be conquered. He defined the operations of Network-centric war, or cyber warfare, described as “conducting and preparing to conduct military operations in accordance with information-related principles.” This means disrupting, or even destroying, information and communication systems, broadly defined to also include military culture, on which an adversary relies to “know himself”: who he is, where he is, what he is. ‘he can do it, when you can do it, why you are fighting, which threats to counter first, etc. Disinformation, fraud and manipulation try to turn scenarios created in American laboratories into social unrest. They also turn viewers into accomplices in a crime against millions of Cubans. A lot is not said about Cuba but without a doubt this one is crucial.

Rosa Myriam Elizalde is a Cuban journalist and founder of the Cubadebate website. She is vice-president of the Union of Cuban Journalists (UPEC) and of the Latin American Federation of Journalists (FELAP). She has written and co-authored several books including Jineteros en la Habana and Our Chavez. She has repeatedly received the Juan Gualberto GÃ³mez National Prize for Journalism for her outstanding work. She is currently a weekly columnist for La Jornada de Mexico.