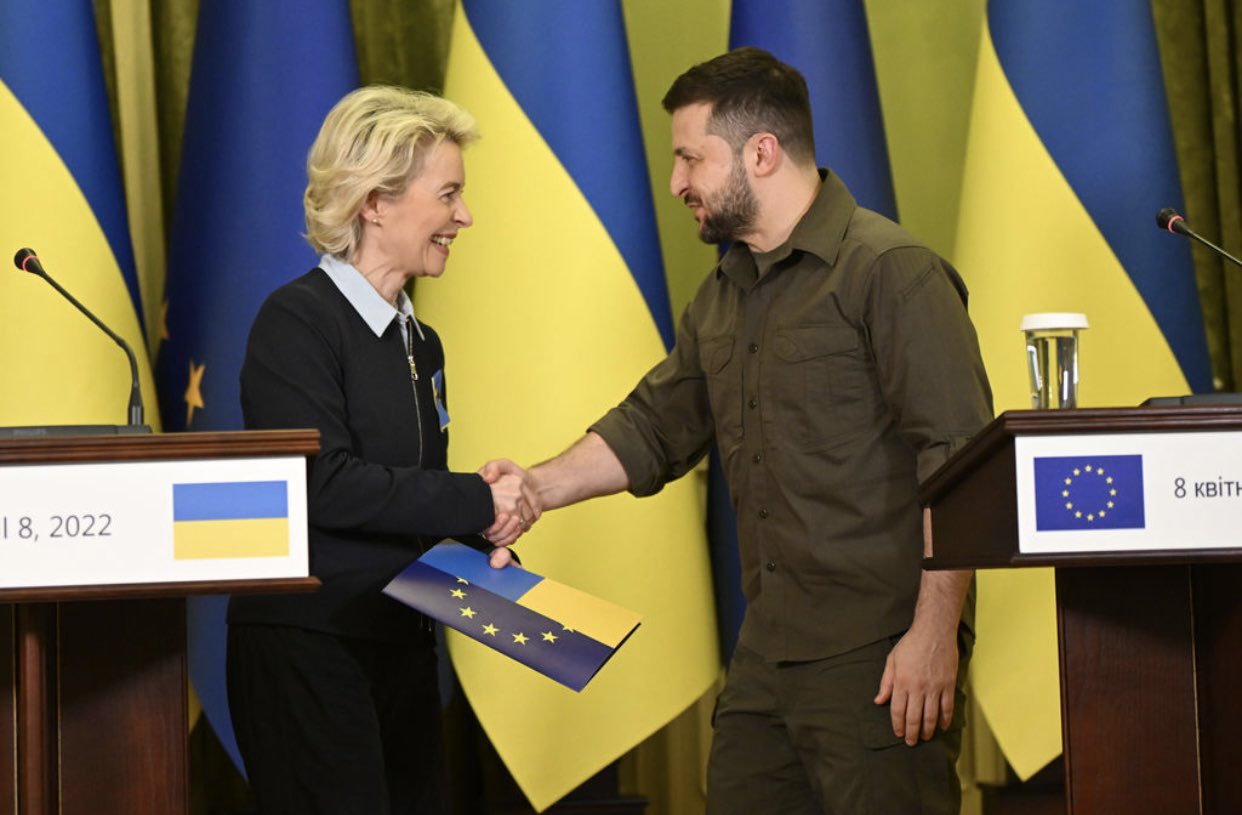 Before the start of the Russian invasion of Ukraine on February 24, no one could have imagined that four months later the country would obtain the status of a candidate for integration into the European Union. But on Thursday, June 23, EU member state leaders decided to do just that for Ukraine and Moldova. The news had been expected for several days and is experienced in Kyiv as a victory and a step forward for the pro-imperialist government of President Volodymyr Zelensky, even if not in a climate of euphoria.

There is a long way to go between the status of an official “candidate” and that of a full member of the EU. Yet, as French President Emmanuel Macron and many others have recognised, it is above all about sending a message to Russia and accelerating the momentum of European imperialism’s eastward expansion. .

A message to Putin

The first phase of the war was, for Russia, largely a failure, as Putin had to abandon his initial plans. It was also a disaster for Russia’s strategic goals. Not only has NATO managed to close ranks (although contradictions persist within the alliance), but it has also managed to win some new members (Sweden and Finland). Zelensky’s government was strengthened and the Russian military had its weaknesses exposed to the eyes of the world. Today, Ukraine is accelerating its deal with the West by obtaining official EU candidate status.

“When Zelenskyy announced Ukraine’s application for EU membership, many Western European countries were skeptical,” reports the Guardian. “Senior officials counted 10 member states opposed to candidate status for Ukraine, but the mood changed as leaders feared they were on the wrong side of history.”

An invasion of all of Ukraine and a possible change of government by force would have created all sorts of social and political problems for Russia. Such a government would lack legitimacy on the international scene and would very quickly be ostracized by all the world powers. Its economy would collapse and questions would be raised about the political and economic viability of such a state. Even with the prospect of such instability, however, the Kremlin saw its military offensive as a way to block, at least temporarily, the growing alignment between Ukraine and Western powers.

Russia’s military failure in the first phase of the war had precisely the opposite consequences intended: it accelerated this rapprochement.

A symbolic decision, a long and uncertain process

It is in this context that granting Ukraine the status of official EU candidate takes on its full meaning. Don’t get me wrong: the onboarding process will take a long time if it really happens. This was stated by the leaders of the Balkan member countries after Thursday’s meeting. For example, Albanian President Edi Rama said: “North Macedonia has been a candidate for 17 years, if I don’t count, Albania for eight years, so welcome to Ukraine… It’s a good thing to give the status to Ukraine. But I hope that the Ukrainian people will not have too many illusions.

There remains a great deal of skepticism among European leaders about Ukraine’s integration, and even more about the creation of a fast-track procedure. Two former Brussels technocrats, Hans Kribbe and Luuk van Middelaar, write in the Economist:

[BLOCKQUOTE]Ukraine deserves clear answers, not false promises. And the truth that EU leaders are not telling is that, while anchoring Ukraine in European structures is strategically important, there are equally strategic reasons why the EU should not do so. part.

It does not make sense for Ukraine to join the Union before securing NATO membership, which even Mr Zelenskyy agrees is unachievable today. Security comes first, and the EU cannot provide it against Russia. EU member governments have a treaty obligation to help each other in the event of armed aggression “with all the means in their power”, but this form of solidarity, designed with a view to terrorism or cyber warfare, does not deter a nuclear power. …

Europe must become a geopolitical force, capable of working with America to stabilize the European region. But Ukraine’s membership, along with states such as Russia’s friend Serbia, would risk leaving the club even more divided and crippled than it is today.[/BLOCKQUOTE]

Thursday night’s decision is certainly a step towards reinforcing Ukraine’s pro-Western tendencies and the eastward expansionism of European imperialism. But there is still a long way to go before Ukraine becomes a member of the EU. Indeed, beyond the rhetoric welcoming the “progress of democracy” in Ukraine, the reality is that the Ukrainian state – a kleptocracy largely dominated by the oligarchs – remains plagued by corruption. On top of that, it is a country at war, with a large part of its territory occupied by a hostile power which in recent days has been advancing safely into the Donbass.

All this will make the rapid integration of Ukraine into the EU very difficult. The war itself and the international balance of forces will be decisive for further developments. Meanwhile, none of the scenarios for Ukraine today represent, in any way, a progressive alternative for the country.

First published in French on June 24 in Permanent Revolution.