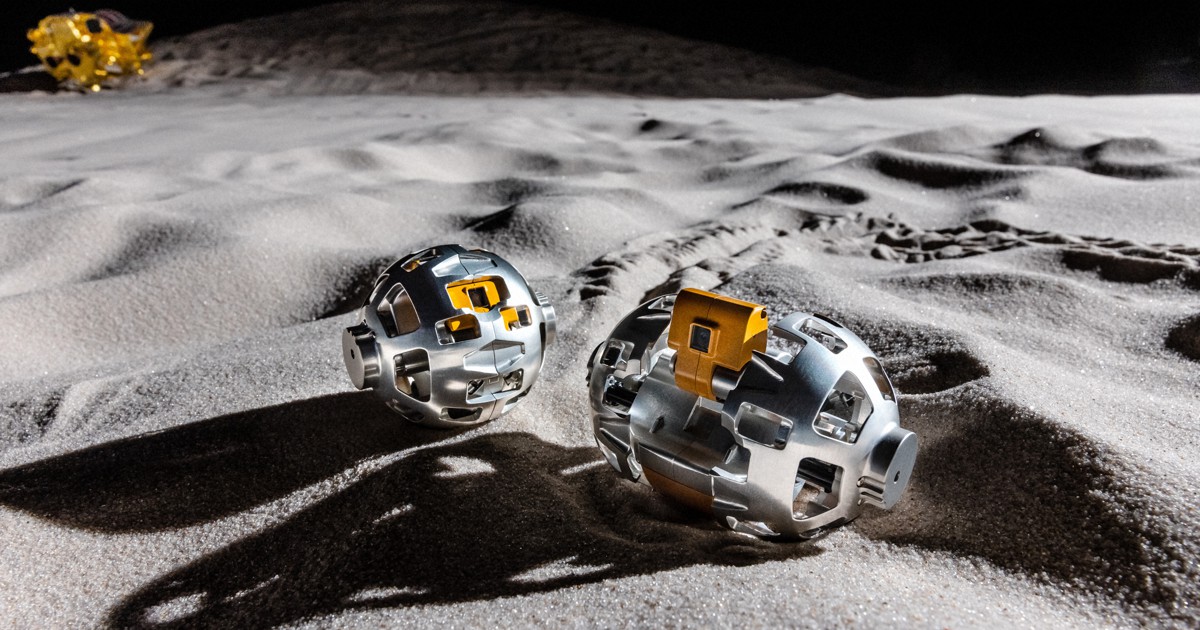 TOKYO — Two robots with technology inspired by robots from the Transformers media franchise will go on exploration missions to the Moon as early as fiscal 2022.

The robots were jointly developed by Japanese toymaker Takara Tomy Ltd. and the Japan Aerospace Exploration Agency (JAXA), and are called Sora-Q. The Sora-Q is roughly the size and shape of a baseball, with a hatched body. When it arrives on the moon, the body will split along its axis, each side becoming a wheel to propel the robot. Cameras attached to the front and back of the robot will take pictures of the moon’s surface to send back to Earth.

It all started in 2015, when JAXA publicly solicited business ideas for crawlers, as part of a program to launch new projects with the private sector. Takara Tomy was one of those who responded.

The robot’s unique shape, which transforms from a sphere into a different shape to move around, was proposed by Kenta Hashiba, a 37-year-old Takara Tomy employee who studied space engineering in graduate school. “The Transformers ‘transformation’ came to mind,” he said. Making the robots spherical makes them compact and resistant to strong shocks.

Small and light are desirable features in a crawler, but the moon’s surface is covered in fine sand that can bury and immobilize small wheels. “It was extremely difficult to figure out how to operate the robot even on powdery sand,” said Yosuke Yoneda, 61, a Takara Tomy veteran who helped develop Sora-Q.

To solve this problem, Yoneda and the other developers decided to use the robot body itself as the wheels. By shifting the axis of rotation of the wheels from the center of the body and independently moving the right and left wheels, the robot was able to move with powerful dynamic strokes, as if swimming.

“Kids use toys in unexpected ways, so we had to make our toys tough,” Yoneda said. “I think it was because we had this accumulated know-how that we were able to create something that would work on the moon.”

In fiscal 2022, Japan will have two chances to launch lunar landers, including JAXA’s SLIM and space startup ispace’s Hakuto-R. One of Takara Tomy’s robots will be accompanied on each trip.

“It’s like a dream that an explorer robot I thought of is actually going into space,” Hashiba said. “It would make me very happy if it helped children feel closer to space.”