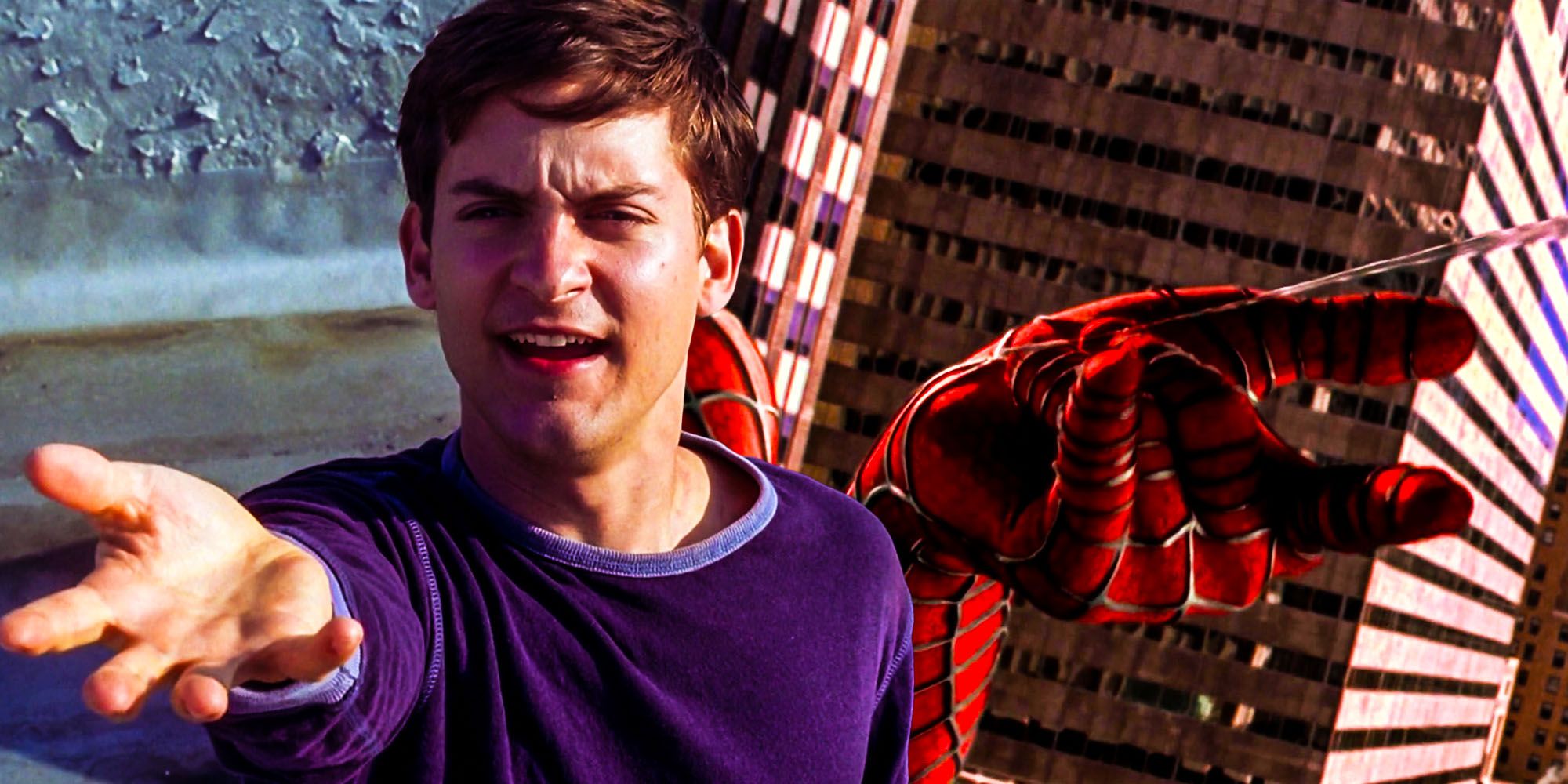 Tobey Maguire’s iteration of Spider-Man had the power to generate webs, but he almost used mechanical web shooters in his cinematic debut.

The classic movie version of Tobey Maguire Spider Man had the power to shoot webs, but he almost had mechanical web shooters. The Sam Raimi Spider Man The trilogy adhered extremely closely to the Marvel Comics source material, but one of the few major changes to Spider-Man was its lack of web gimmicks. In his classic origin story and throughout his decades of comics, Spider-Man has crafted a pair of wrist-mounted devices that pull synthetic webbing in various useful ways. Spider-Man uses his web shooters to swing through New York and subdue his enemies with minimal force. Tobey Maguire’s Spider-Man came incredibly close to including these famous devices.

Sony’s first Spider Man The film had been in development for years before director (and huge Marvel Comics fan) Sam Raimi took the helm on the ambitious project. In an unrealized iteration of the film, directed by James Cameron, Spider-Man grew organic web-shooters on his wrists and could shoot organic webs, much like his comic counterpart’s devices. When Raimi took over, one of the few remnants of Cameron’s proposed film that was kept was the element of organic web shooters.

Raimi seemed to have wanted to stick with the comics and give Peter mechanical web shooters at first. Concept art, set photos, and even some early promo clips and trailers show Peter testing wrist-mounted web-shooting gadgets, including in his bedroom during his costume fitting. At E3 2001, Activision promoted its video game tie-in to Raimi’s debut film and showcased the web shooter props in its booth.

Spider-Man’s web-shooters were compact, with a DIY design similar to Andrew Garfield’s first set of web-shooters in 2012. The Amazing Spider-Man. Tobey Maguire’s web shooters notably incorporated additional web fluid cartridges around the wristband like the comic version, but were activated by two small pads for his middle and ring finger instead of a larger palm pad like the comics and other film versions.

While Tobey Maguire’s Peter Parker almost used mechanical web shooters, Raimi ultimately decided against them, reviving James Cameron’s organic web shooter idea. Raimi’s rationale was that a highly intelligent but otherwise ordinary (and often financially struggling) teenager building a pair of devices and concocting a highly versatile adhesive would undermine his relatability and the movie’s believable. Raimi’s Peter showed off his genius in other ways, and his organic webs tied to his issues with losing his powers in the second film.

Whether organic webs or mechanical web-shooters are preferable is a matter of personal taste, but ultimately it’s not Spider-Man’s webs or powers that make it realistic. Both versions of Spider-Man’s webs are wacky for different reasons, but it’s Peter’s characterization and how he, as an ordinary person, reacts to the extraordinary that makes him one of the superheroes. most realistic heroes of the genre. At Tobey Maguire’s Spider Man having mechanical web shooters would have been a nice way to honor the source material, but its organic webs were a fascinating change that left its compelling characterization intact.

David Miller is a Screen Rant writer, freelance comic book writer, and lifelong lover of all things Star Wars, Marvel, and DC. He was born and raised in New York and graduated in English from Rider University. He may relate a little too much to Peter Parker.

Impact of COVID-19 on Industrial Robot Software Market Share, Size, Trends and Growth from 2022 to 2031 – Queen Anne and Mangolia News