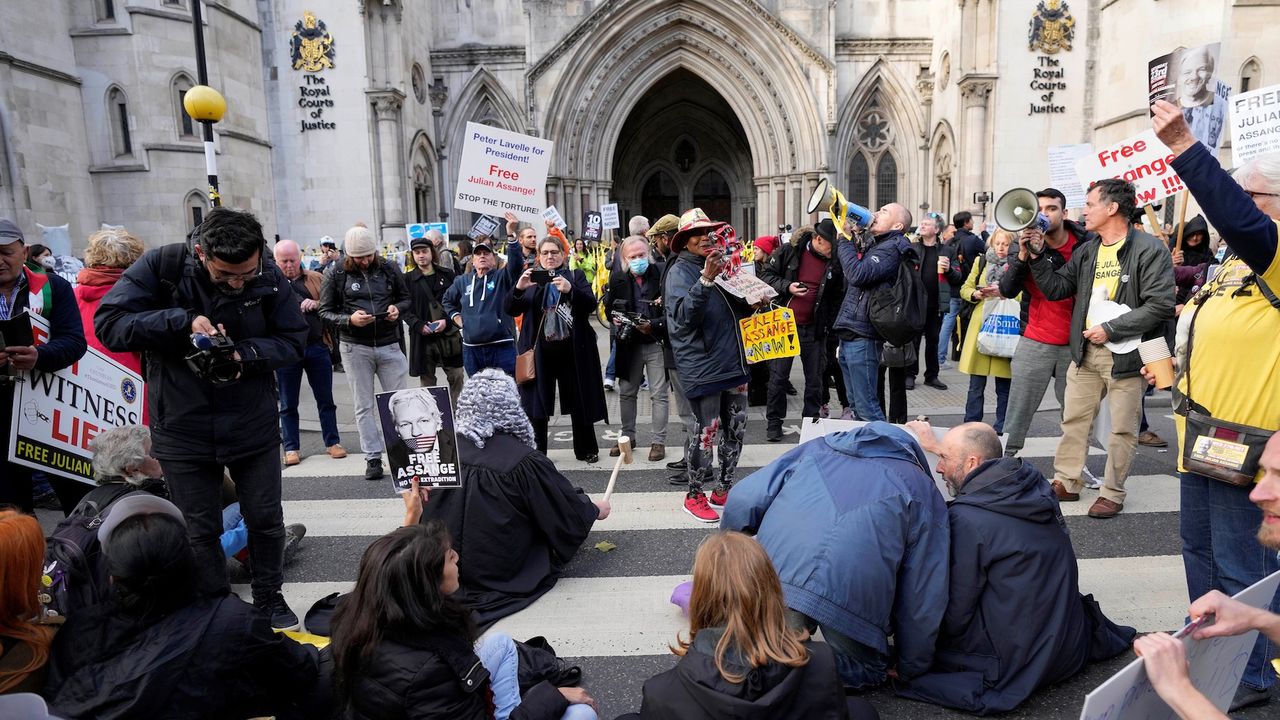 “This is the first time, to our knowledge, that the United States has sought the assistance of a British court in obtaining jurisdiction over someone whose evidence suggests he contemplated, if not plotted, the assassination. , the kidnapping, the surrender, the poisoning of that person. “

These are the words of the representative of WikiLeaks founder Julian Assange, Mark Summers QC, at the Royal Courts of Justice in London yesterday.

The United States seeks Assange’s extradition to face charges under the Espionage Act, which carry a life sentence for exposing a litany of state crimes, including war crimes and human rights violations.

Throughout the years of litigation, the central lie upon which the prosecution relied was that the US government was proceeding fairly through the proper channels to secure Assange’s legal transfer, as in any other extradition case.

But, as Summers said yesterday, “nothing in this matter is normal.”

Assange is the subject of a massive manhunt in several states aimed at punishing him for exposing imperialist crimes against the peoples of the world and silencing him forever.

US lawyers and UK courts have worked tirelessly to exclude or dismiss this reality, creating a fantasy world in the courtroom. Yesterday, in light of last month’s revelations from Yahoo! New as the CIA discussed plans for Assange’s murder, his lawyers tore up that charade.

Summers explained, “This is a case where there is credible evidence of US government plans, worked out in some detail, to seriously harm Mr. Assange.”

Referring to recently produced US assurances that Assange will be treated well in America, and arguments by US lawyer James Lewis QC that these should be taken “in good faith,” Summers asked the High Court judges to “take a step back for a moment” and consider “the reality of this case”.

Summers directed them to the Yahoo! New investigation, “Kidnapping, Assassination and Shooting in London: Into the CIA’s Secret War Plans Against WikiLeaks,” which, he explained, gave “a good understanding of what the CIA has been prepared to go into. relationship with Mr. Assange ”.

Summarizing the article, Summers said that WikiLeaks’ post “Vault 7” of the CIA’s electronic surveillance and cyberwarfare tools “sparked what former US officials in various ways describe as’ a desire for revenge. ‘ ‘Fury’, ‘seeing blood’, ‘an obsession’ and ‘a desire for revenge’ ”.

This led former CIA Director and US Secretary of State Mike Pompeo to “designate WikiLeaks as a non-state hostile intelligence agency”, grant the CIA additional powers to act against it, and “discuss the murder of Mr. Assange ”.

He continued, the “CIA discussed his kidnapping, his return to the United States” and that “led to the laying of charges so that there was something in place in case they returned it. in the USA “.

Conversations between the CIA and UC Global, the company that provided security for the Ecuadorian embassy where Assange sought asylum, involved “kidnapping and poisoning talks.”

Summers concluded by saying that “what is now known” is that the UC Global revelations discussed at the original extradition hearing were “potentially the tip of the iceberg and the planning of the CIA regarding Mr. Assange goes much, much further than that. “

Referring to the conditions in the embassy, ​​Summers’ colleague Edward Fitzgerald QC referred to the “threatening, threatening and frightening situation” that Assange and his family were facing. This included “the surveillance by UC Global, in cooperation with a US agency, of Mr. Assange … They took the attorneys ‘and attorneys’ notes and photocopied them, looking for DNA from the layers of [the children of Assange and his partner] Stella Moris, even speaking of poisoning, murder or kidnapping of Mr. Assange.

These words condemn the UK government and its justice system as participants in a slow-motion assassination unfolding in full view, under the thinner veneer of pseudo-legality.

Even though the United States cannot guarantee Assange’s immediate and direct murder, it aims to achieve the same end by throwing him into the deepest hole the American legal system can dig.

Lawyers for the United States suggested on Wednesday that assurances given by the United States to the United Kingdom removed the possibility of his imprisonment under Special Administrative Measures, or in ADX Prison in Florence, Colorado, which would result in a extreme and tortuous solitary confinement and isolation from the outside. world. Summers retorted Thursday that these assurances are “conditional, qualified and ambitious” and can be withdrawn on the advice of agencies, including the CIA.

Summers said Assange’s fate “is probably already sealed.” He concluded: “The overwhelming probability is that … it will and will happen regardless of what the doctors say about the isolation that can lead to his death.”

Speaking in court after the hearing, WikiLeaks editor-in-chief Kristinn Hrafnsson explained that the special administrative measures (SAM) “essentially mean torture and for Julian in his condition, death … The judges here have only two choices. Basically stand by the decision not to extradite Julian Assange or to hand down a de facto death sentence. “

A sign of the importance of this case for the United Kingdom, this decision was handed over to the highest judge in the country, the Lord Chief Justice of England and Wales Ian Burnett, Baron Burnett of Maldon. He sits in the case alongside Lord Justice Timothy Holroyde.

Their attitude towards the naked crime described by Summers and Fitzgerald was summed up by Holroyde’s interjection: “I would not have thought that it was a controversial position that the CIA and the American intelligence community took. would be of great interest to Mr. Assange ”.

Summers was forced to respond, “What they’re willing to do about him is a different matter.”

Holroyde intervened several times over the two days of the hearing to challenge the defense arguments and on one occasion appeared to openly endorse a point of the prosecution.

Stella Moris said after the hearing: “This is a political persecution that has used the law, the extradition law, as a tool to advance its political agenda. Get revenge on a journalist. Why? For the publications for which he is now charged. Publications revealing war crimes, targeted assassinations, renditions, torture …

“This extradition case in the United States has been falling apart from the moment it started because it was born rotten. He was born at a time when the CIA was plotting to assassinate Julian. And it has proven to be devastating for the United States in court as well. Not just because the American prison system and its inhuman conditions are exposed before these courts in all its barbarism. But also because the crimes that were committed by the US government against Julian are also exposed in these courts.

“Today we were able to lay out in court Mike Pompeo’s plans, his ‘sketches’ and ‘options’ to assassinate Julian in London. To murder a journalist in this city for doing his job because he exposed their crimes.

It is not just the American case that is rotten, but every element and pillar of bourgeois democracy, which can no longer claim to defend even the most basic legal and human rights. The persecution of Assange is the most acute expression of the fact that class and geopolitical tensions are reaching such extreme levels that governments around the world are being pressured to adopt the methods of dictatorship, including political execution.

The High Court justices will now review their decision, the deadline for which has not yet been given. Every effort must be made to use this time for building a mass defense campaign rooted in the only social force that can guarantee Assange’s freedom in the face of such ruthless opponents, the international working class.