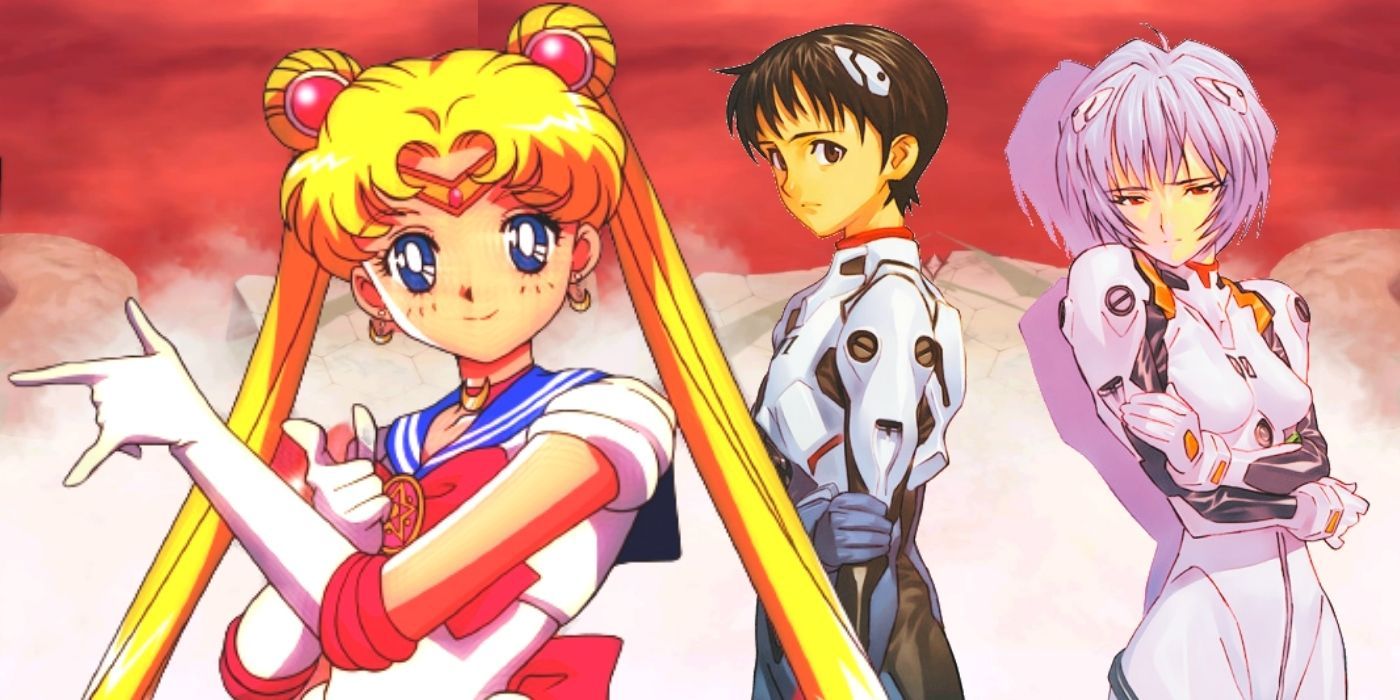 The Sailor Uniform and 9 Other Iconic Anime Outfits, Explained

Anime is a medium that makes the most of the visual. It’s usually easy to tell if a series is anime based on a single screenshot, but there are dozens of other tell-tale signs that make up how anime looks.

Anime art styles are falling out of fashion, but designer anime outfits persist, helping to define countless series. But where do the basics like the sailor uniforms and the gakuran come from? What do they symbolize and how does a character’s clothing choice define their character? Most clothing fans consider anime brands to have a story of their own.

The sailor uniform is one of the most iconic anime outfits, especially among shojo protagonists. Sailor Moon, with her white and blue collared seifuku, is recognized around the world. Sailor uniforms are still worn by middle and high school students attending specific schools in Japan, but where did this tradition start?

In the 1800s, Japan opened its borders to the rest of the world and took inspiration from the favorite outfit of young, wealthy European children. Sailor uniforms also proved to be easy to sew and customize. To this day, Japanese students wear different crests, collars, ties, and colors depending on their schools.

9 The Gakuran was inspired by military uniforms

Like the sailor seifuku, the gakuran has been around for over a century. But while sailor uniforms were obviously inspired by navy clothing, the gakuran was created to emulate a more militant style. The first gakuran were worn by students at the University of Tokyo.

Later, when Japan occupied parts of China and Korea, gakuran gained a foothold in those countries as well. The word “gakuran” developed from the word “randa”, which was slang for foreigners based on the Japanese pronunciation of “Holland”.

Western otaku are familiar with kawaii culture, and the “cuteness” that outsiders interpret as a fundamental quirk of Japanese pop culture attracts many newcomers to the world of anime. But what is kawaii culture and how has it fostered a world full of maid cafes and maid cosplay? Kawaii culture is more than surface-level cuteness, to begin with. In Edo period Japan, the geiko served a purpose that is often completely misunderstood by outsiders.

Geiko have more in common with professional entertainers than sex workers and train for years to achieve their status as first-class entertainers and hostesses. Essentially, hiring a geiko (or geisha) meant being treated to an unparalleled evening of music, conversation, and hospitality. The European maid of the 1800s resonated in Japan as a kind of distant cousin to this art form. It’s a lot harder to become a professional geiko these days than working in a maid cafe, but the feeling is similar.

The mystery of the bunny girl is not as mysterious as one might think. The impression that Japanese bunny girl outfits were adopted as a result of Playboy is more or less exact. The first anime bunny girl appeared in the early 1980s, fought monsters and mechas, and evolved from there.

It should also be noted that rabbits are considered lucky creatures in many East Asian cultures, thanks in part to the proliferation of Moon Rabbit folklore. All of this, combined with the powerful force of moe and Japan’s penchant for cute animals, helped cement bunny girls forever.

6 The Catgirls go back a long way, but what about the Catboys?

There’s something slightly sinister about the cat’s ear trope in anime, though the origins are less than mysterious. Japan as a whole has always been extremely fond and even respectful of cats throughout history, and three-hundred-year-old woodcuts depict cats impersonating humans and humans adopting cat-like ways. Cat-human hybrids appear in classic texts and were sometimes depicted as sex workers.

But why did this trope shift from catgirls to catboys? These days, catboy romances are a subgenre in their own right. The series Without love sparked more conversations about this trope, wondering if animal trait fetishism was an attempt to sexualize innocence, but not much can be said for sure. What is certain is that catboys often feature in BL and parody series, and the ears and tail are often treated as slightly erogenous.

Festival episodes are a must-have slice of life in anime, and for good reason. For young people in Japan, spring and summer festivals provide teenagers with an easy excuse to hang out with classmates outside of school in a setting where they can see themselves in a new light. In Japan, young and old love to wear traditional clothes to events, and anime has made the most of that excitement.

Traditionally, the yukata is worn in spring and summer, the kimono in winter. Where there are yukata there are often sunsets and fireworks, and even Hollywood knows that this combination of dressing up, going out and seeing something beautiful is the fundamental formula of romance. . Festival episodes, unlike beach episodes, often lead to significant character development.

While generations of children have grown up with Power Rangers now, how many have paused to wonder about the origins of the iconic and bizarre garments worn by these heroic characters? Japan has a long history of stage performances incorporating elaborate costumes. Kabuki performers have used costumes to define characters for centuries, and it’s important to remember that early sentai shows were often performed on stage as well as on live television.

As in the theater, the costume is essential. In the case of the sentai costumes, the original designs had to be wearable, lightweight, and also color-coded, making the characters easy to identify even from a distance. As sentai costumes have evolved, what was once practical is now a staple of the genre.

3 Employees are trapped in their suits

Perhaps the simplest of anime outfits, the wage earner costume nonetheless has its own cultural history. Essentially, a Japanese wage earner is an office worker in Japan who has more or less “succeeded”: he has a solid job with brutal hours, a good salary, and a foothold in a company that could support his family for all his life. career if he remains faithful to them.

In the anime, the character of the employee is often charged and the costume often becomes the symbol of the constraining reality of work to earn a living. Employees are often portrayed as alcoholics or loners, and the security they seek proves less than emotionally rewarding. Like another cabin, the salary suit is a symbol.

Japan fell headlong into the Victorian world when its borders opened in the mid-1800s. For the first time in 200 years, Japan began to interact with Western culture, and the impact of these early reactions has left a semi-permanent mark on Japanese culture. From this time began the fascination with Victorian fashion, adopted by anime and fashionistas alike over the many decades that followed.

Lolita street fashion took off in Harajuku in the 1990s and has grown and declined ever since, but little girls in poofy dresses and gentlemen in outlandish capes have never really left the anime behind. Victorian style involved a balance of restraint and sophistication with a sensual allure, and these elements have much in common with Japanese fashion.

While the costumes in Neon Genesis Evangelion and many other mecha anime may have been inspired by diving suits and space suits, the increasingly tight-fitting designs suggest that the fetish was influencing fashion, as it often is. These days, it’s easy to buy a fitted zentai suit for a variety of reasons, whether it’s for cosplay, Halloween, or sports matches. But beware: those looking to buy evangelization plugsuits may end up in a dubious part of the internet.

NEXT: 10 Anime Characters With The Weirdest Strengths


Following
10 Comic Book Weapons Too Powerful For Their Own Good

Leah Thomas is a young adult author currently living in Las Vegas, Nevada. His books have been critically acclaimed; her first book, Because You’ll Never Meet Me, was a Morris Award finalist, and her fourth novel, Wild and Crooked, was nominated for an Edgar Award. Leah was also a guest at San Diego Comic Con and, as an avid cosplayer, loves nothing more than geek culture. Find her on Instagram (@fellowhermit).