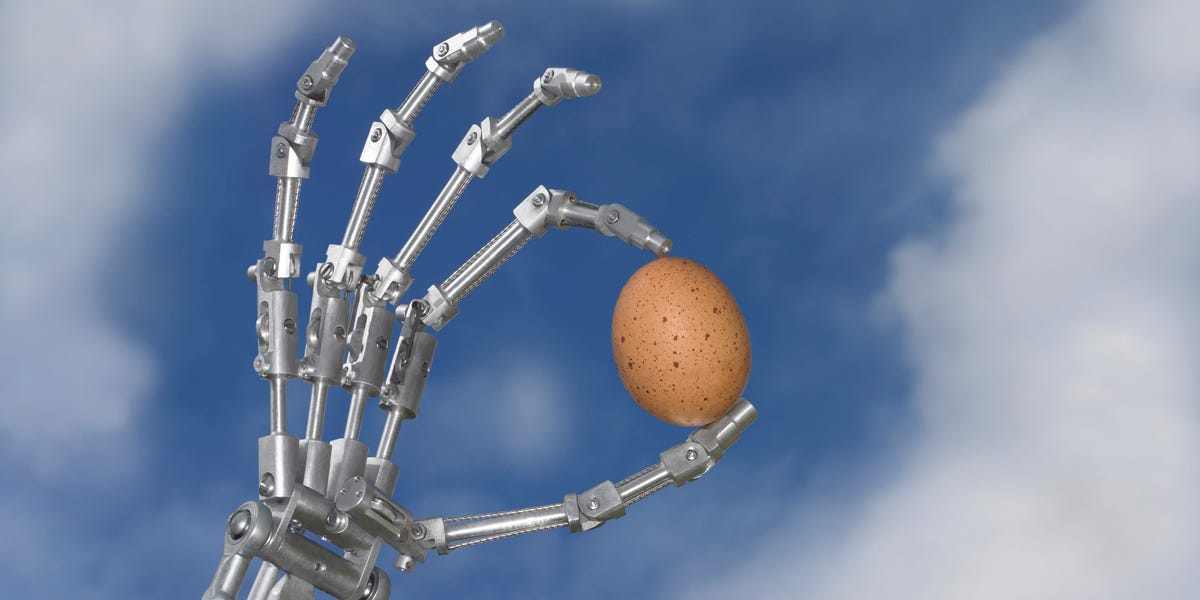 Innovators from Ajou University in South Korea have created a robotic hand capable of holding fragile objects like eggs. He can also crush tin cans and work with tools like tweezers and scissors.

An article published in Nature explained all the details of the new technology. He weighs just under two and a half pounds and is eight and a half inches tall. Its most striking characteristic, however, is its combination of delicacy, strength and flexibility.

The device is made of steel and aluminum, and each finger is powered by three small motors in the palm. There are 20 joints, and around these there are metal parts that work like tendons, the New Scientist reported.

These characteristics give the robotic hand a range of motion similar to that of a human hand, allowing it to hold eggs, lift dumbbells, and manipulate tweezers.

Led by Uikyum Kim, the team claims the hand is capable of pouring drinks, holding an egg without breaking it, and crushing cans.

They also discovered that the hand can perform delicate tasks using tools. For example, he can cut paper with scissors and use tweezers to place a microchip on a circuit board.

â€œThe greatest strength of the developed robotic hand is that it is very easy to attach to existing commercial robot arms while having both strong grip and delicacy,â€ Kim told New Scientist.

The robotic hand is also durable. To test this, the team had one finger pressed on a sensor continuously for half an hour. They found that the strength of the finger barely weakened during this time.

The hand could also lift an 18 kilogram dumbbell without breaking.

A lighter version of the device could be used as an advanced prosthesis, while this version could be integrated into robots that use AI to manipulate objects.

The team is now planning an artificial skin for the hand so that it can mimic the soft touch of a human.