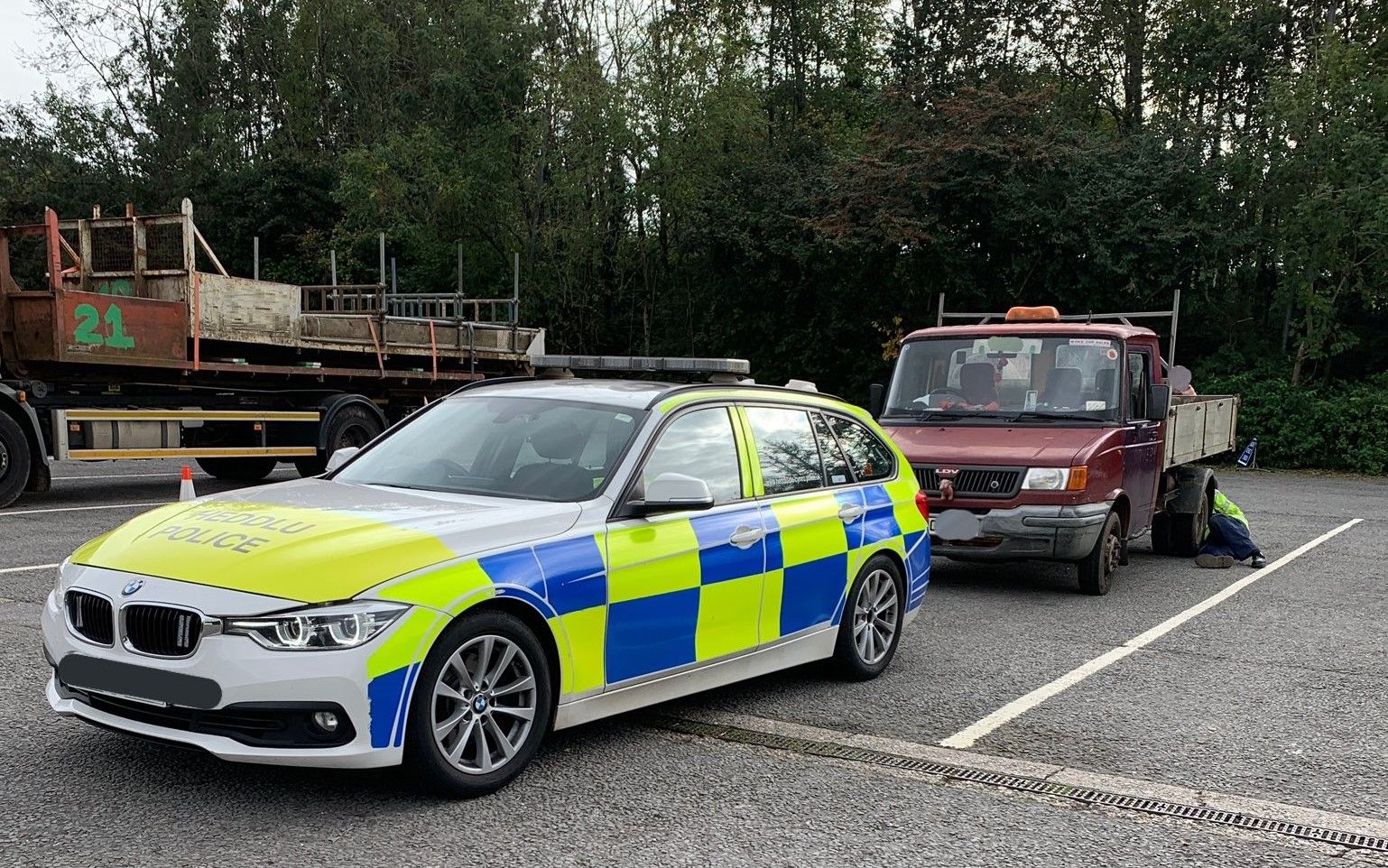 A pickup truck stopped at a Driver and Vehicle Standards Agency (DVSA) checkpoint in Swansea had 25 catastrophic mechanical defects.

The van was discovered as part of a Wales-wide multi-agency operation targeting ‘rogue traders’ on Welsh roads.

The driver was flagged for unsafe use by South Wales Police after DVSA examiners discovered issues with the steering of the vans, extensive corrosion, damaged, deflated tires with a tread depth of illegal bearing, loose tools and equipment that could interfere with cabin controls, broken gauges, and an expired MOT.

The pickup was just one of more than 100 dangerous utility vehicles that were taken off the road as part of Operation Rogue Trader in October.

At all control sites, DVSA examiners issued a total of 110 immediate bans for faults so dangerous that they result in a vehicle being immediately taken off the road.

The most common faults in all overload and tire operations.

These defects compromise vehicle performance, including stopping distances and steering ability, putting the driver and other members of the public at risk in the local areas where they operate.

In addition to the most dangerous defects observed, 71 late bans were also issued.

“DVSA’s priority is to protect people from dangerous drivers and vehicles, which includes getting dangerous traders off the road.

“This action alongside our partners reminds us of the risks associated with reducing road safety.

“Each driver or operator is responsible for checking that their vehicle is in good working order before starting a trip.

“DVSA is here to support operators and drivers who comply and are safe on our roads.

“We want to make sure they are not disadvantaged by unsafe and reckless use of the road.

“We strive to help drivers and operators stay safe, which is why we have produced accessible advice on GOV.UK to enable commercial road users to make Welsh roads safe for everyone. “

As part of the week of action, neighborhood police teams visited communities to provide advice and guidance on how the public can stay safe from abusive door-to-door trading .

“Dishonest traders use unscrupulous tactics and target residents, especially the elderly or vulnerable, and deliberately overcharge for unsatisfactory services.

“Working with agencies during these operations helps us all reduce the risks, threats and damage from serious and organized crime.

“Operation Rogue Trader has involved months of collaborative hard work by everyone involved, dedicated to disrupting and dismantling criminal enterprises.

“People are encouraged to watch out for neighbors and elderly and vulnerable relatives. Anyone who suspects illegal trade should contact 101 immediately or 999 in an emergency. “

Make your neighborhood shine by becoming a zone ambassador.