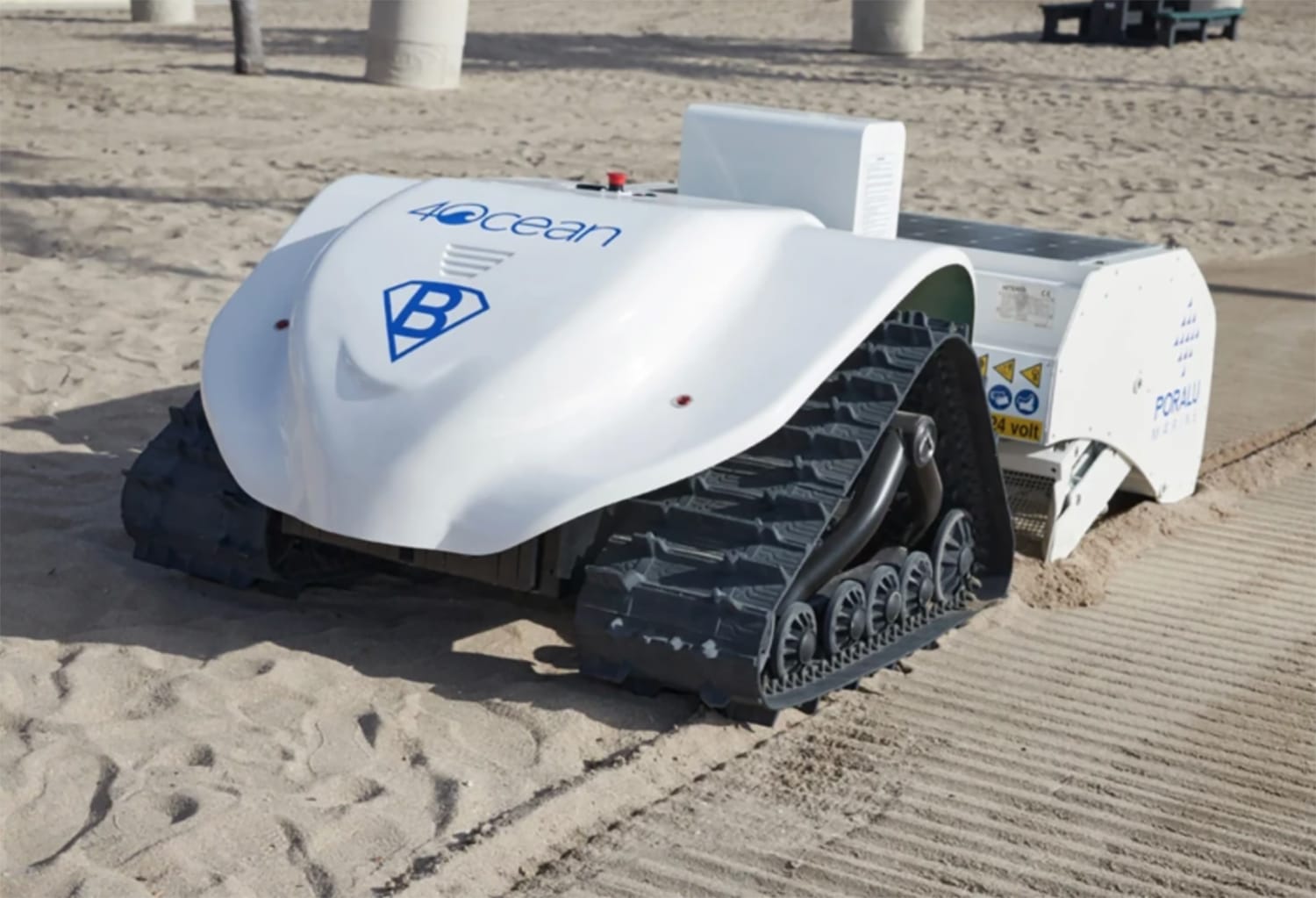 The shores and seabed near the coasts have the highest concentration of litter due to the wind and waves repeatedly sweeping it towards the shores, where it accumulates and threatens wildlife. Despite the efforts of many caring people who clean up beaches, our plastic pollution problem is so huge that it can be difficult to pick up everything, especially small debris.

To solve this problem, the maritime infrastructure manufacturer Poralu Marine and 4ocean has developed BeBot, a robot beach cleaner that mechanically sieves sand to collect waste. As a result, BeBot cleans the coasts while disturbing the precious ecosystems as little as possible while leaving a minimal footprint on the environment.

While human sieves can pick up significant amounts of waste, it is labor intensive and time consuming work. On the other hand, tractors and other heavy machinery cover more ground faster but can destroy flora and fauna or cause erosion of the landscape.

BeBot takes a more delicate approach. The electric robot operates on solar and battery power and is remotely controlled by a human operator 300 m (984 ft) away. It digs 4 inches (10 cm) in the sand and mechanically sieves the grains through a mesh screen to collect pieces of plastic and other debris as small as one square centimeter, including bottle caps, cigarette butts. cigarettes and food packaging.

Impressively, the robot can to clean 32,000 square feet (3,000 m²) of beach per hour, more or less depending on the landscape. It has an agile track system that allows it to turn instantly to operate in tight areas. Marine and 4ocean envision BeBot finding use in everything from beachfront properties and hotels, to nature reserves and golf courses.

For now, 4ocean is testing BeBot on sunny Florida beaches. Eventually, the company plans to send the robots to Hawaii to help with local cleanup efforts.

Beach cleaning has significant benefits for sea and land creatures. For example, the world’s largest beach clean-up on Versova Beach in Mumbai, India brought back sea turtles for the first time in decades.

See BeBot in action in the video below.

Vale SA: Komatsu partner on the largest mechanical excavation test of its kind at the Garson mine