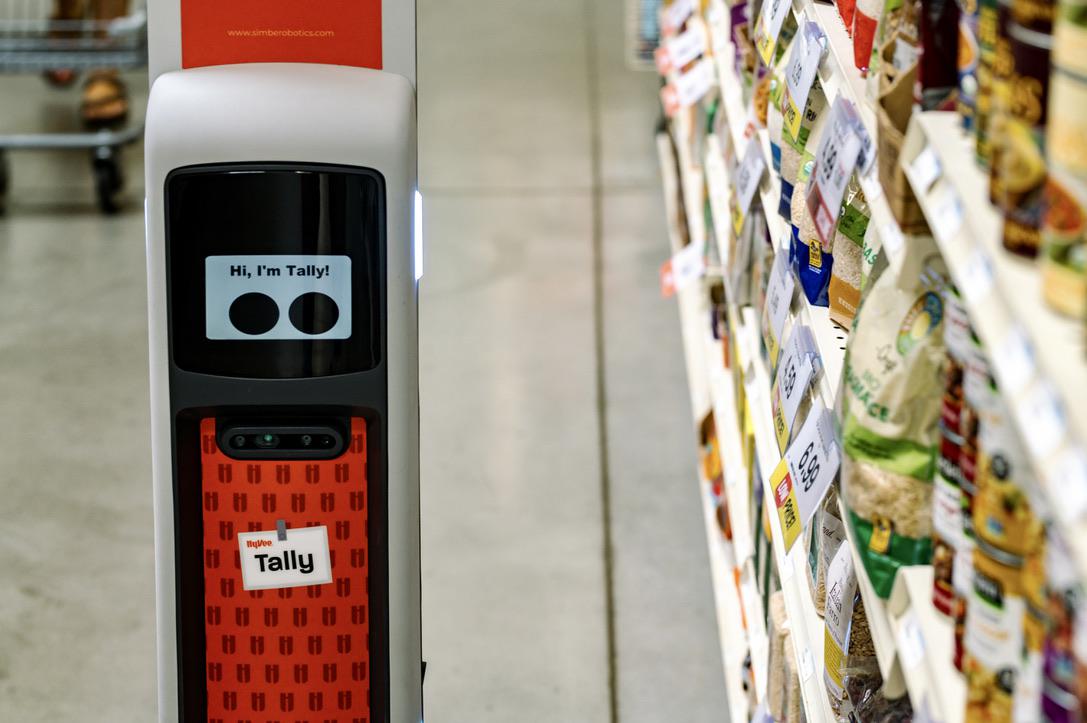 Move over Marty: In the world of roving supermarket robots, Stop & Shop’s mechanized aisle monitor is about to have some competition.

ShopRite, which has 20 locations in Connecticut, is launching a pilot program this year to bring robots, named Tallys, to its stores. Officials at Simbe Robotics, the California-based company that developed Tally, confirmed ShopRite’s plans on Thursday.

“Wakefern Food Corp. is committed to providing our customers with the best grocery experiences,” said Charles McWeeney, who is vice president of technology, innovation and strategy with the New York-based procurement and administration arm. Jersey for ShopRite. grocery cooperative. “Tally’s technology is another tool to help our store operations and staff while creating new opportunities to maximize customer satisfaction.”

A Wakefern spokesperson was unavailable to comment on the Tally Pilot’s launch date, duration and cost of each robot.

However, Sara Platnick, spokeswoman for Simbe, said Connecticut stores would not participate in the pilot.

Tally autonomously walks store aisles up to three times a day, using high-definition computer vision technology to collect data on whether products are in stock, in the right location and at an accurate price, said the society.

“Tally is a cost-effective solution that supports the work of store teams and enhances the retail experience,” Bogolea said in a statement.

Platnick said Simbe’s robot is already in use at some Giant Eagle and Meijer locations. All 111 stores that are part of the St. Louis-based Schnucks grocery chain use Tally.

Burt Flickinger, chief executive of the New York-based company Strategic Resource Groupsaid he had no first-hand knowledge of the details of ShopRite’s pilot program, but he expects it to launch this summer in select chain stores near the Wakefern headquarters.

“If the pilot goes well, I assume Connecticut stores would be included in the second phase of the rollout,” Flickinger said. “There is an acute shortage of workers and this would allow them to fill in some holes they have with robots and move workers to jobs that require more skills.”

Connecticut consumers first experienced supermarket robots that use artificial intelligence when Stop & Shop rolled out Marty in 2019. Customer reaction to Marty — which would have cost $35,000 per robot — was mixed with some complaining that they thought store officials were spying on them and getting in their way while shopping.

“These robots have been around in the industry for at least half a dozen years,” Pesce said. “And as long as the size of the unit isn’t intrusive, it gives grocers another set of eyes and ears.”

Roaming robots help supermarket owners know if they are operating efficiently, he said. Pesce recently returned from a National Grocers Association trade show, which he said had many exhibitors showcasing “a lot of technology, not just robots.”

“It’s an investment in the future,” Pesce said.