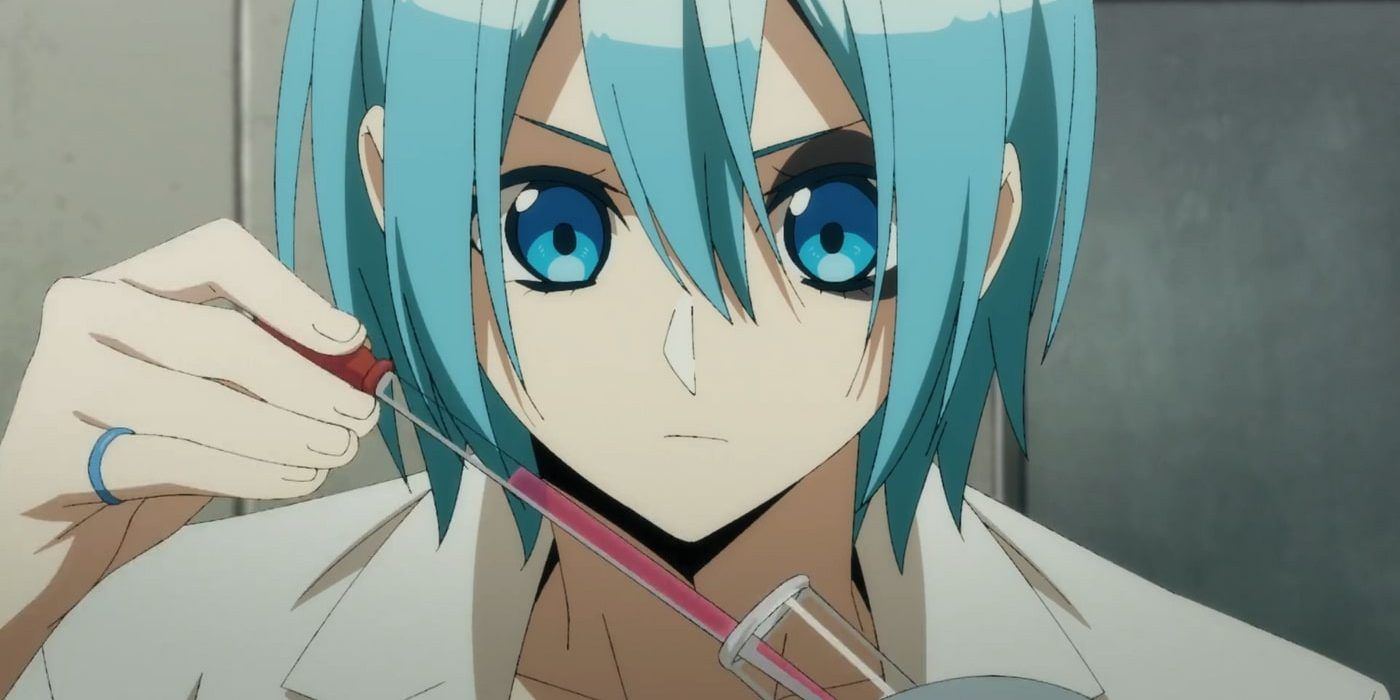 The first three episodes of Rust-Eater Bisco establish a country in a pandemic and how a disease shapes a society and its people.

Nonsense writing is used to explore deep themes like human nature and existentialism in unconventional ways. While there are other ways to do it, anime and manga that have delved into the absurd often use surrealism and comedy to tell their story. Some of the most striking examples of this are gurren lagann using mecha anime tropes to discuss overpopulation theory and Serial experiments: Lain to tackle the self and the internet in a way that is more relevant today than when it was created.

Rust Eater Bisco is the newest absurdist anime, its theme gradually revealing itself with each new episode. In a Japan ravaged by a mysterious explosion that has caused Rusting, a painful disease that looks and behaves like rust on a machine, survival is the priority. Nekoyanagi Milo is a city doctor who seeks a cure to save his sister, Pawoo, from rust. He finds a companion in Akaboshi Bisco, wanted for acts of terrorism. Bisco is interested in Milo because they share a goal – to find a cure for rust – and are both working on it in their own ways. However, the method of creating the cure is also why Bisco is a wanted man. With this setup, Rust Eater Bisco wants to discuss pandemics and how different people react in such a situation.

RELATED: Rust-Eater Bisco Is a Great Mix of Trigun and Dorohedoro

Rust is a disease fitting the description of a pandemic. How it spreads remains unknown as of Episode 3, but precautions are still being taken. People wearing gas masks patrol the city and spray something while crossing sparsely populated streets. Milo tells Rusting’s patients to avoid leaving town if possible. Street vendors tout miracle cures while the governor insists a cure only exists for the wealthy. Pawoo has stopped going to work and spends her days in her bedroom with only a TV to entertain her. These actions follow common guidelines from several past pandemics: stay indoors, avoid large gatherings, and disinfect as often as possible.

While enforcing these restrictions, the government also appears to be fighting the cause of rust. Throughout the first two episodes of Rust Eater Bisco, audiences are tricked into believing the same thing as many characters on the show: that the mushrooms are somehow connected to its spread. Possession of mushrooms is illegal and they are sold on the streets. Mushroom keepers, who can grow mushrooms anywhere, are called terrorists due to the belief that rust occurs where mushrooms breed.

However, Bisco contradicts this in episode 3 when he claims that mushrooms are not the cause, but rather the cure. According to him, mushroom keepers travel and plant their mushrooms in places infested with rust because they evolved to feed on it. So far, the only person besides another Guardian to believe him is Milo, who secretly bought mushrooms and tried to create a cure. He sees the fungus-rust correlation as a potential solution, but most others don’t.

RELATED: How an Underrated ’90s Sci-Fi Anime Warned Us About Social Media

People in a situation as uncertain as a pandemic are often driven by fear and the instinct to survive. What was once normal has been altered by illness and very few aspects of their lives seem stable. Pawoo is the leader of the city patrol but his case of rust prevents him from doing his job. All she has to wait for is Milo to come home with food, if she can bear it. She is directly affected by this disease and wants to be cured, but still does not believe Bisco’s version of events. What she sees is the chaos caused by the Guardians in nearby prefectures and the mushrooms spawning in places ravaged by rust.

This information, for Pawoo, comes together and becomes another potential threat. She has no reason to believe Bisco and frankly, neither does the public. So far in Rust Eater Bisco, Milo’s home remedies can only prevent the spread of rust. He hasn’t found a cure yet, but he’s on the right track. Bisco’s search for the Rust-Eater mushroom seems like the last piece they need, but they’ll have to prove their theory to change their minds.

Gina is an animated feature writer for CBR. She’s been an anime enthusiast for a decade and has a lot to say about what she consumes. She started writing animated content on her own WordPress blog a year ago and hopes to improve her craft with CBR. If you want to see a Twitter account working like a Tumblr blog, you can follow her @ProseAnime.

How will the United States react if Russia invades Ukraine? Implications for Gold, Oil and Stocks