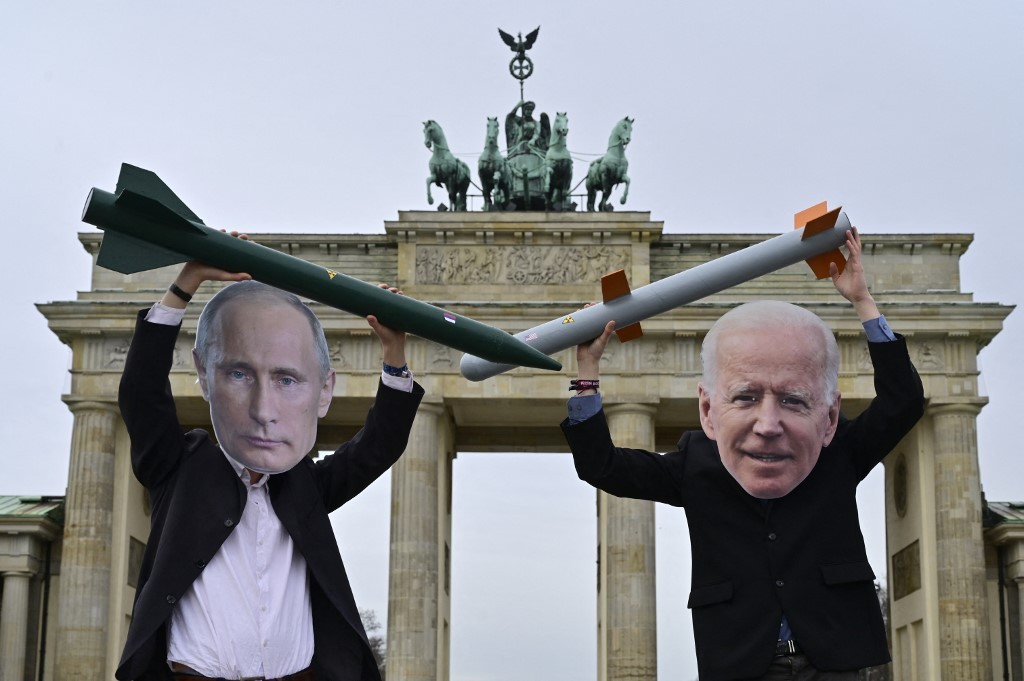 Russia’s invasion could reignite a rush for nuclear weapons – Universities

When Ukraine gave up its stockpile of nuclear weapons, it expected to be protected by the great powers. The invasion of Russia could trigger a global overhaul.

On March 4, 2022, Ukrainian President Volodymyr Zelenskyy tweeted a chilling plea to the world: “Please don’t let Europe die in a nuclear war.” It was an ominous and desperate call as Ukraine – a non-nuclear-weapon state – defended its territory against Russia, which put its nuclear forces on high alert on the fourth day of fighting.

Zelenskyy appealed to US President Joe Biden, among other things, because of a treaty known as the Budapest Memorandum. This 1994 deal followed the dissolution of the Soviet Union in 1991, which saw newly independent Ukraine inherit a third of the Soviet nuclear stockpile. At the time, Ukraine had the third largest arsenal of nuclear weapons in the world with 1,900 warheads, more than six times what China currently has, with explosive yields of 400 to 550 kilotons each, or 27 to 37 times the Hiroshima atomic bomb.

Through persistent negotiations and persuasion by the United States, Ukraine agreed to give up its nuclear arsenal and join the Treaty on the Non-Proliferation of Nuclear Weapons (NPT). In return, the US, UK and Russia said they would provide protection if Ukraine’s sovereignty was threatened. The memorandum noted that the major powers would “request immediate action from the United Nations (UN) Security Council to provide assistance to Ukraine” in the event of a threat.

Two decades after the agreement, the world has seen Russia breach the Budapest Memorandum by annexing Crimea in 2014. The 2022 invasion of Ukraine shows that even great powers can become helpless spectators when a state endowed nuclear weapons as Russia goes on the offensive.

If agreements such as the NPT or the Budapest Memorandum can be violated by the major powers that sign them and leave non-nuclear countries unable to deter an attack due to the threat of nuclear retaliation, this may convince countries like Korea North, India and Pakistan to keep their nuclear warheads. Countries that produce energy from uranium could consider accelerating the construction of nuclear weapons.

The threat could reverse a global trend towards nuclear disarmament. From 2020 to 2021, the Stockholm International Peace Research Institute recorded a slight drop in the total number of nuclear weapons in the world (from 13,400 to 13,080). Nine countries possess nuclear weapons: the United States, Russia, the United Kingdom, France, China, India, Pakistan, Israel and North Korea.

During the same period, the number of nuclear weapons deployed on standby in the task forces increased from 3,720 to 3,825. This increase was led by the United States and Russia which initiated approximately 50 nuclear warheads additional since the beginning of 2021.

But if this conflict turns out to be the catalyst for another nuclear arms race, it will be nothing like the Cold War that has been going on for decades.

At 21st century, instead of a cold war, a cyber war is more likely. The cyber-technological race to secure and/or attack facilities controlling nuclear capabilities would shape any conflict. Ever since the Stuxnet computer worm infiltrated and damaged Iran’s nuclear facilities in 2010, governments have realized that cyberweapons capability is as important as possessing nuclear weapons, if not more important.

The threat of increasingly sophisticated digital attacks against nuclear facilities compels global stakeholders to address cybernuclear security and develop response capabilities. Other actors, such as criminal organizations and terrorist groups, could also increase their capacity for cyber infiltration.

Ukraine suffered an attack on its electricity grid in 2015, attributed to the Russian group “Sandworm”. In the current invasion, distributed denial of service attacks were directed against the Ukrainian government.

With current treaties unable to prevent the re-emergence of Russia’s nuclear threat, the threat of new attacks looms. But as we enter a new era of defense, while finding new ways to protect non-nuclear nations, nuclear-weapon states will likely need to bolster protections to prepare for the next wave of cyberattacks.

Fitriani is a senior researcher in the Department of International Relations at CSIS Indonesia and a senior lecturer at the University of Indonesia.