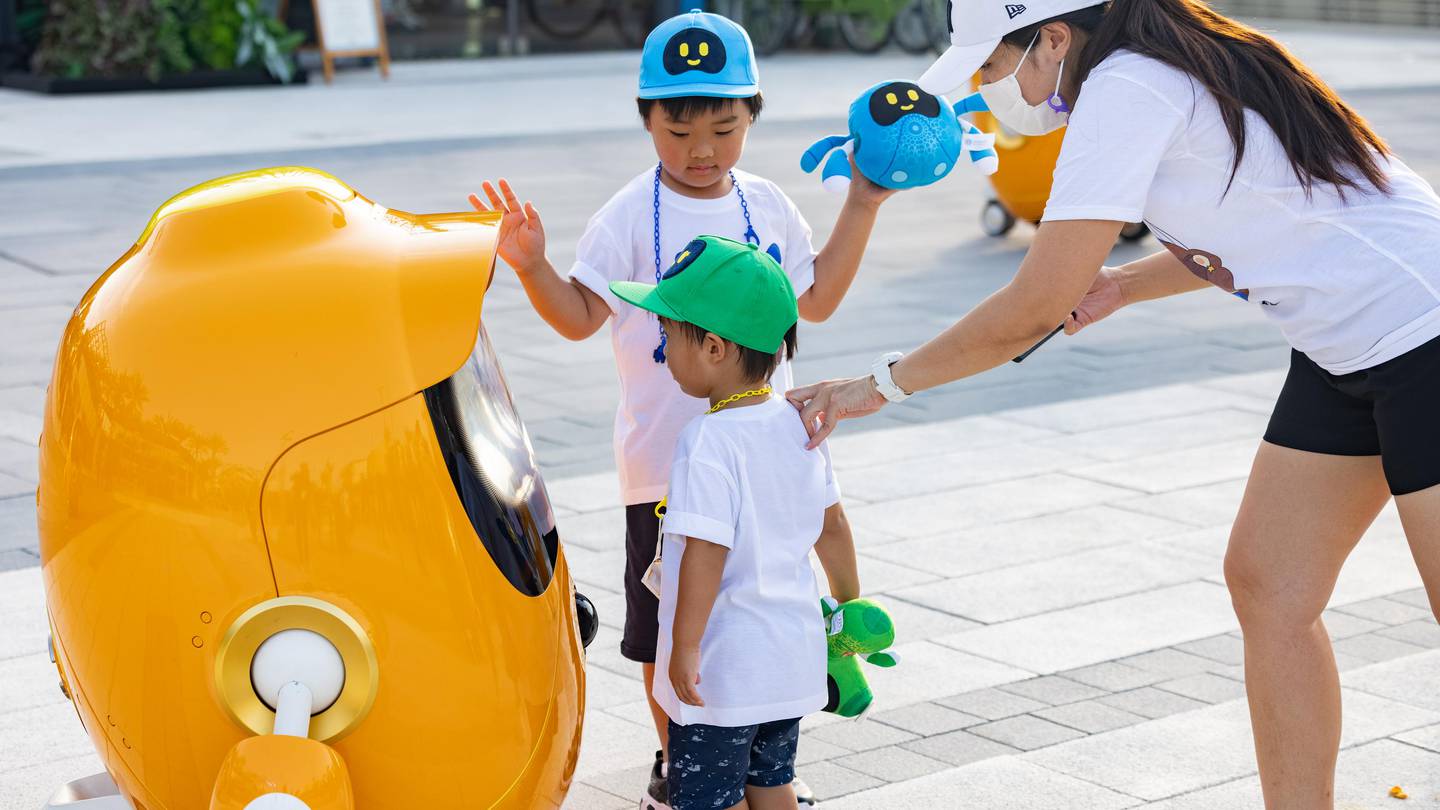 At DHL’s warehouses in the United States, 1,500 robots are working this Christmas, double the usual number because the company wants to ensure that deliveries arrive on time during a peak period.

Bringing in robots is the way for the business to maintain its efficiency amid the supply chain disruptions that are a hallmark of the global economic rebound from the Covid-19 pandemic. More humans have also been brought in, but people are no longer able to do the job without the help of technology.

In Abu Dhabi, at Amazon’s planned 175,000-square-meter distribution center, which is slated to be completed by 2024, automation will also be a focal point, for example.

The use of robotics and automation is everywhere, not just in the logistics industry. Robots are used in the fight against climate change, to develop medical treatments and to make films, to name a few. Softbank’s Pepper robot even greets guests at a Tokyo quarantine hotel who test positive for Covid-19. In Colorado, a robot called Beomni treated patients in a pilot study at a senior care home. The purpose-built Toyota city near Mount Fuji will feature automated cars and robotics for housing. The robots are also working on preparations for the Beijing Winter Olympics next year.

In the Dubai International Financial Center, there is now a special tribunal to deal with disputes relating to technologies such as robotics.

A YouGov poll released this month found that a majority of UAE residents would not accept automated doctors or teachers.

“One could argue that understanding of AI in general is limited, as humans straddle belief systems ranging from deep skepticism to bubbling enthusiasm for its potential ramifications for humanity,” the report’s authors wrote. .

Automation of course presents new risks for a deeply connected global economy. For example, an error in one of Amazon’s automated computer programs triggered blackouts in the digital economy this month, he said.

“They don’t explain what this unexpected behavior was and they didn’t know what it was. So they were guessing when trying to fix it, which is why it took so long, ”Corey Quinn, cloud economist at Duckbill Group, told Bloomberg News.

And there are battleground concerns with UN Secretary-General Antonio Guterres this week in Geneva calling for consensus on setting limits on the use of autonomous weapons.

However, the next generation is leading the way.

Then there are the images from Expo 2020 Dubai, of children mingling happily with a robot, which reminds me of the excited reactions of my own children when they meet the many robots welcoming visitors, delivering food. and help with security. The rest of us who are older should be prepared for the reality that the robots are coming.

Which means that we need to put in place balanced regulations and that the infrastructure necessary to ensure the well-being of humans is always paramount.

So far, automation has had a wider impact in terms of job losses in manufacturing than, arguably, anything else. So why believe that increased automation will help create opportunities? This goes against the widely held belief today that businesses need to be more people-centered and reduce inequalities. Given today’s realities, as shown in the examples above, people are more likely to assume that automation will not be to their advantage.

There is also the concern about climate change and sustainable economic growth. Will robots add to our energy load or help reduce our environmental impact?

Right now, the pace of change is relatively calm compared to what’s likely to come. We have a window to make sure that the answer to such questions supports a better future for everyone.

Technology is a tool, but robots are as innocent as their programming. We have seen this over the past decade; algorithms deployed by mainstream technologies have prioritized the accumulation of users over other concerns, such as the protection of users’ mental health and the rights of vulnerable sections, such as adolescent users of the Internet. technology.

Some sort of toll is finally here with a slew of lawsuits filed by media companies in the United States targeting Google’s digital advertising dominance and a number of regulatory fines already imposed on big tech companies, including more recently, in Italy, an amount of 1.13 billion euros. antitrust penalty for Amazon.

It won’t take control away from them. However, it is not too late to restore confidence in the technology as we enter the era of quantum computing, metaverse, and super-fast internet connection speeds.

This will come more quickly if there can be a globally agreed code of conduct for the use of robotics and automation that balances the well-being of people with the encouragement of innovation and l adoption of technology.