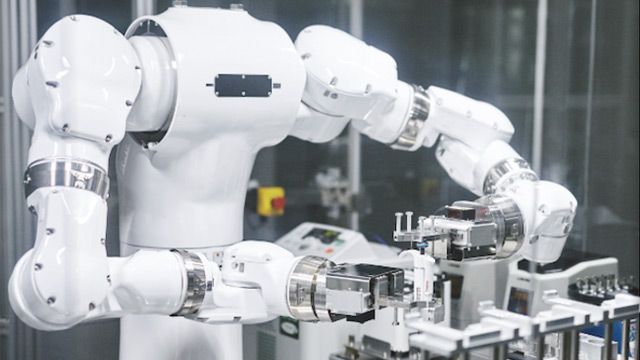 A joint research group led by Genki Kanda at the RIKEN Center for Biosystems Dynamics Research (BDR) has developed a robotic artificial intelligence (AI) system to autonomously determine the optimal growth conditions for the replacement retinal layers needed for the vision. AI controlled a trial-and-error process covering 200 million possible conditions that successfully improved cell culture recipes used in regenerative medicine. This achievement, published in the scientific journal eLife on June 28, is just one example of how the automated design and execution of scientific experiments can increase the efficiency and speed of life science research in general.

Regenerative medicine research often requires many experiments that are both time-consuming and laborious. In particular, creating specific tissues from stem cells – a process called induced cell differentiation – involves months of work, and the degree of success depends on a wide range of variables. Finding the optimal type, dose, and timing of reagents, as well as the optimal physical variables such as pipette force, cell transfer time, and temperature is difficult and requires an enormous amount of trial and error. As Kanda explains, “Because minute differences in physical conditions have a significant impact on quality, and because induction of cell differentiation takes weeks to months of time in culture, the impact of a tiny difference in timing on day 3 may not be detected for several months.”

To make this process more efficient and convenient, the BDR team set out to develop an autonomous experimental system capable of determining optimal conditions and growing functional retinal pigment layers from stem cells. Retinal pigment epithelium (RPE) cells were chosen because the degeneration of these cells is a common age-related disorder that prevents people from seeing. Equally important, transplanted RPE retinal layers have already been shown to have some clinical success.

For autonomous experiments to be successful, the robot must repeatedly produce the same series of precise movements and manipulations, and the AI ​​must be able to evaluate the results and formulate the next experiment. The new system achieves these goals by using a general-purpose humanoid robot – named Maholo – capable of very precise experimental life science behavior. Maholo is controlled by artificial intelligence software that uses a newly designed optimization algorithm to determine which parameters should be changed and how they should be changed, in order to improve differentiation efficiency in the next round of experiences.

Researchers are entering the protocols needed to generate RPE cells from stem cells in Maholo. While RPE cells were successfully generated in all experiments, the efficiency was only 50%. Thus, for every 100 stem cells, only about 50 have become RPE cells. After establishing this baseline, the AI ​​started the optimization process to determine the best conditions among all the chemical and physical parameters. What would have taken humans over two and a half years took the robotic AI system just 185 days and resulted in a 90% differentiation efficiency rate. Practically, these cells showed many typical biological markers that would make them suitable for transplantation into an eye with a damaged RPE cell layer.

The success of the new system goes beyond the immediate results. “We chose to differentiate RPE cells from stem cells as a model,” Kanda explains, “but in principle, the combination of a precision robot with the optimization algorithms will allow autonomous trial-and-error experiments in many areas of the life sciences.

However, the researchers emphasize that the purpose of the study is not to replace human lab workers with robots. “Using robots and AI to perform experiments will be of great interest to the public,” says Kanda. “However, it is a mistake to see them as substitutes. Our vision is for people to do what they are good at, which is to be creative. We can use robots and AI to trial-and-error portions of experiments that require reproducible precision and are time-consuming, but do not require thought.

This article was republished from the following materials. Note: Material may have been edited for length and content. For more information, please contact the quoted source.