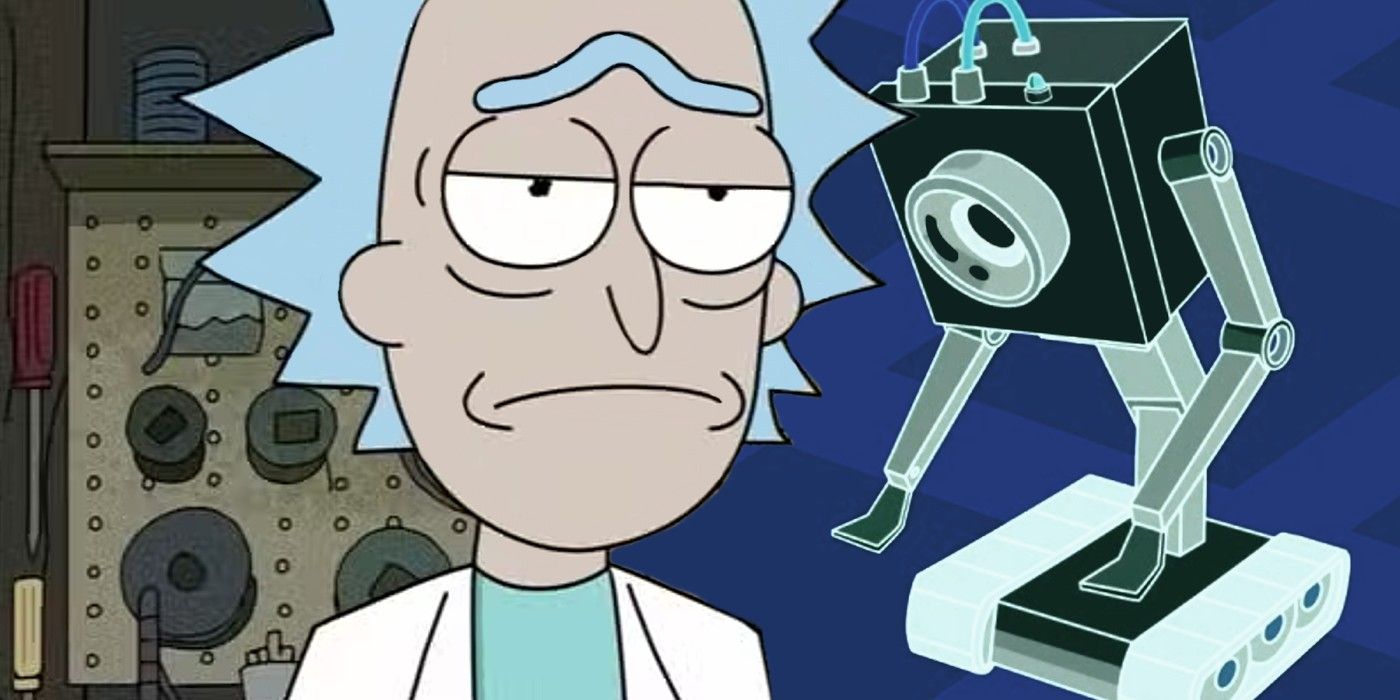 While Rick and Morty’s Butter Robot had a depressing first appearance, his eventual death sends one of the franchise’s harshest messages.

Appearing in rick and morty season 1, episode 9, ‘Something ricked this way comes,’ the Butter Robot is perhaps as close as the franchise has come to distilling Rick’s nihilistic take on the universe in a single instant. However, the joke got even darker when the franchise killed off the little robot, rubbing salt into the wound of its one-note existence.

The Butter Robot is exactly what it sounds like – a little robot created by Rick to pass the butter to him at the family dinner table. Cruelly, Rick gives the little robot enough sentience to question his purpose in life. When the robot asks its creator for the answer, Rick replies: “You pass butter,” and the robot looks at its hands before mumbling, “Oh my God.” Rick replies, “Welcome to the club, buddy”, communicating his view of the universe as a functionally meaningless collection of random events, where any sense of purpose is absent at best, and disappointing at worst.

Related: Rick and Morty Already Explained Morty Gets Eaten in the Credits

However, that wasn’t the last time fans of the franchise saw the Butter Robot. In Rick and Morty #50 (by Kyle Starks, Marc Ellerby, Sarah Stern and a host of other creators), the comic book series returns to the “Morty’s Mind Blowers” format, where Morty discovers the unbearable memories that Rick has extracted from his mind so that he ‘ll be ready to continue having adventures. One of those memories is the death of the Butter Robot, who tries to help free Rick and Morty while under surveillance in an alien prison.

In this flashback, it is revealed that Morty adopted the Butter Robot after his television debut, teaching him that contrary to his design, he can do anything he wants. The Butter Robot is filled with renewed purpose, seeing Morty as a hero and even replicating his hesitant speech pattern. Unfortunately, once the Butter Robot actually tries to help, it is immediately crushed under the foot of the pair’s alien guard, with Rick pointing out that was the obvious outcome, since the robot was designed exclusively to pass butter. .

Butter Robot’s death is dark, but it’s also the perfect complement to his “birth”. rick and mortyThe original Butter Robot joke was about how demoralizing it would be to meet your maker and find out you don’t have a great purpose. With his death, however, the Butter Robot has overcome that disappointment and is trying to make sense of itself…only to be destroyed as it really isn’t capable of much beyond its original design. It’s an existentially terrifying ending for the melancholy character, as he’s defeated twice by his disappointing purpose – first by the fact that he has no greater purpose, then by how he is unable to achieve anything more.

rick and morty has never been afraid to pack deeply dark messages with its jokes, but the tragic birth and death of the Butter Robot is there with the franchise’s toughest arguments about the human condition – it hammers home the message that the existence may not simply lack an innate sense of meaning, but that even creating that meaning might ultimately be impossible.

Supergirl Will Never Replace Superman For One Tragic Reason

Robert Wood is a comics editor for Screen Rant and the author of “The False Elephant (and 99 Other Unreasonably Short Stories)”. He earned his MA in English Literary Theory from Lancaster University and now spends his days applying it to Daredevil, Constantine and Fin Fang Foom (specifically Fin Fang Foom.) If you need to contact us about our comics cover please contact at robwood [at] screenrant [dot] com. Rob is a British writer and editor whose first comic was Mighty World of Marvel #8, and he is one of three people fondly remembered from the Ultimate Comics imprint. You’ll find Rob elsewhere on the web giving advice on self-publishing, editing, and the importance of public domain characters and stories, and you can buy his collection of 100 weird short stories, each in exactly 100 words, on Amazon.