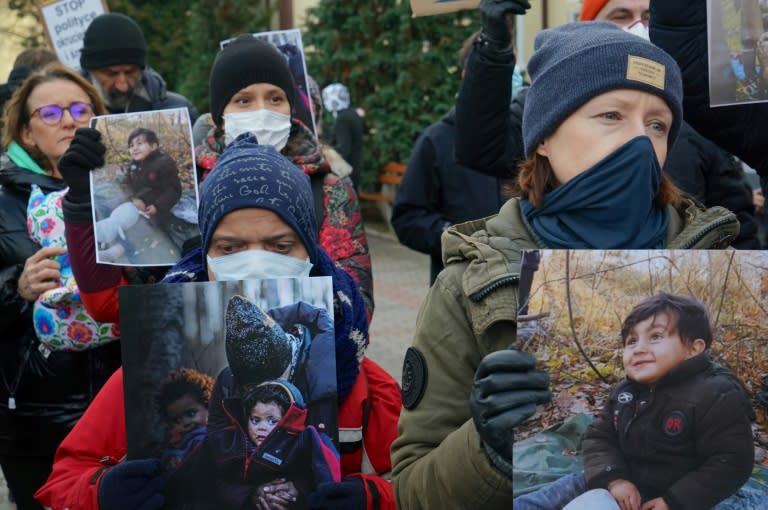 Polish Prime Minister Mateusz Morawiecki on Sunday called the migrant crisis on the Belarusian-Polish border, the EU’s eastern border, “the biggest attempt to destabilize Europe” since the Cold War.

The Prime Minister made forceful remarks as he prepared to meet with EU leaders at a time when Warsaw faces not only a border crisis but also heightened tensions with Brussels over allegations according to which it would violate its commitment to the democratic principles of the bloc.

The West accuses Belarus of artificially creating the crisis by bringing in potential migrants – mostly from the Middle East – and bringing them to the border with the promise of easy passage to the European Union.

Belarus denied the claim, instead criticizing the EU for not welcoming the migrants.

Trapped, migrants often report having been forced to cross the border by Belarusian authorities, then turned back to Belarusian territory by Polish authorities.

Belarusian President Alexander “Lukashenko has launched a hybrid war against the EU. It is (the) biggest attempt to destabilize Europe in 30 years,” Morawiecki said on Twitter.

“Poland will not give in to blackmail and will do everything to defend the EU’s borders.”

He linked to a video statement in which he warned that “today the target is Poland, but tomorrow it will be Germany, Belgium, France or Spain”.

He also claimed that Lukashenko had the “backstage support of Vladimir Putin”, the Russian president and an ally of the Belarusian regime.

Lukashenko earlier told the BBC that it was “absolutely possible” that his forces had helped people enter the EU, but denied orchestrating the operation.

Brussels and NATO have also previously described the migrant crisis as a “hybrid tactic”.

Morawiecki is traveling to the Baltic states – two of which also share a border with Belarus – on Sunday to discuss the conflict and has announced that he will visit other EU capitals this week.

Some observers believe that Poland is using its rhetoric on the border issue to try to distract from controversial reforms which the EU says limit judicial independence.

The European Commission wrote to Poland on Friday to launch a process that could starve it of funds due to threats to the EU legal order.

“While the problem at the Polish border is serious and requires Western solidarity – for example by sanctioning Belarus – Morawiecki disproportionately inflates it to distract attention from Poland’s violation of the rule of law,” said political scientist Marcin Zaborowski told AFP.

The political director of the think tank Globsec argued that the action in Belarus â€œpales in comparison to the war in Ukraine, the cyberattack in Estonia in 2007 and Russian support for far-right extremism in Europe â€.

Polish border guards on Sunday reported further crossing attempts, including by a “very aggressive group of around 100” migrants.

Polish Defense Minister Mariusz Blaszczak said on Saturday that Belarus has now changed tactics by directing smaller groups of migrants to several points along the border.

He added that he expected the border standoff to last for months.

Migrants spent thousands of dollars to travel to Belarus on tourist visas, determined to join the European Union.

Many are desperately fleeing war and poverty in the Middle East.

Once at the border, they face sordid and freezing conditions.

Polish media say at least 11 migrants have died since the crisis began this summer.

A Yemeni migrant who died in Poland in September will be buried on Sunday in the eastern village of Bohoniki, in the presence of his brother.

The Yemeni foreign ministry said he “died on the border between Poland and Belarus due to the sharp drop in temperatures.”

The Belarusian health ministry said on Saturday that a World Health Organization (WHO) mission had arrived in Belarus to help organize medical support for migrants.