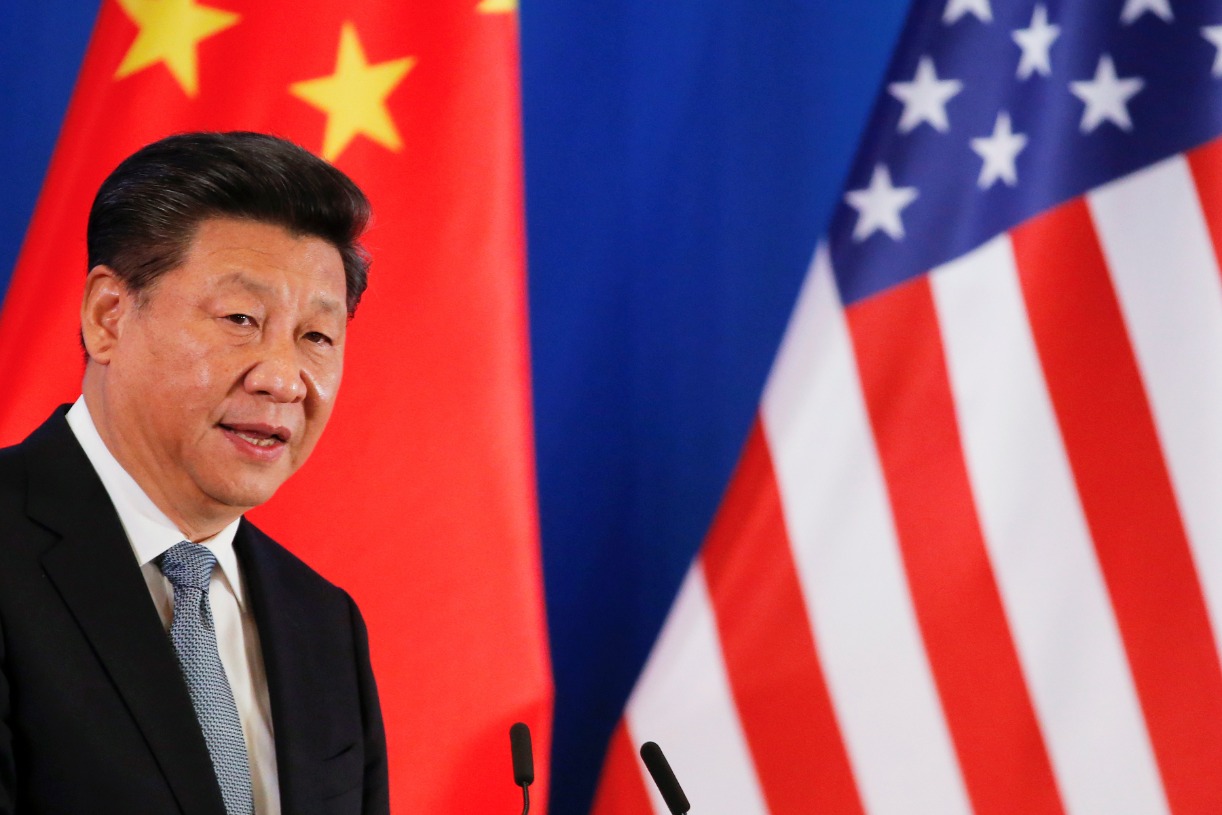 The godfather of globalization, Thomas Friedman, recently published an editorial suggesting that the steps taken to defend the global economic security and prosperity of the United States could lead to a war with China. He begins by asserting that the US withdrawal from Afghanistan left Americans regretting their decision, stating that “If only we knew then what we know now, we would never have taken this path.” Then he asks the question: Twenty years from now, what current foreign policy decisions could we look back on and say the same thing?

His answer in a nutshell: China.

Now, Friedman does not recommend changing the status quo of forty years of intolerable technology theft and penetration of American institutions by the Chinese Communist Party (CCP). Likewise, he sees no need to react to China’s decisions to stifle democracy in Hong Kong, eliminate Uyghur Muslim culture in western China, or use its economic might and diplomats. wolf warriors to intimidate neighbors like Australia’s even ask for a proper investigation into the origins of the novel coronavirus in Wuhan.

Friedman fears that the loss of the “benefits” of forty years of US-China globalization and integration could lead to outright confrontation. “Are we sure we understand China enough to decide that its mission is the worldwide spread of authoritarianism?” he asks.

The answer to this question is simple for us. We have been traveling to China since 1981 and we both love its culture, history and people. The reason we agreed to serve in the US State Department was that, despite our very different careers, we saw the CCP’s growing global authoritarian ambition for what it is: the evolution of competition on the market. Chinese market in recent years into a form of economic techno-economic aggression from Secretary-General Xi Jinping.

We now know that the free world is facing an ever-growing new reality of cyber warfare and a seemingly endless variety of intense, persistent and militarized economic competition. The CCP is playing the long game, and it is playing for good. It is playing a four-dimensional economic, military, diplomatic and cultural chess game with little respect for human rights, intellectual property, international law, transparency, the environment or the sovereignty of nations. These are ideals that we honor, and not the CCP. These are ideals that also protect our freedoms and form the basis of trust.

Globalization assumes that everyone plays fairly and that benign economic forces that regulate international trade avoid the need for protective measures. Friedman’s famous book, The world is flat, describes the many benefits of globalization. But it has one major flaw: it ignores disruptive actors like the CCP.

We believe in free trade. But when someone doesn’t play by the rules, the market is no longer free. Think about it. If I compete with you and you can steal my intellectual property, use slave labor, engage in bribes, subsidize your own businesses, increase the use of coal-fired power plants, and never having to be transparent, the rules of the game are level. on which the rules-based international order and globalization depend has disappeared. You have become the law, which means you are going to win every time. This is what China has been doing for forty years to give itself a strategic advantage, and there is not the slightest evidence that Xi is going to slow down anytime soon. It’s not a free market, it’s a fool’s market.

However, defending ourselves against CCP predations should not lead to open warfare, as Friedman suggests. Here is the proof. Take the example of Friedman of 5G and Huawei, one of China’s “national champions” that also serves as the backbone of its surveillance state. In February 2020, both sides of the political aisle were pressing the panic button. It seemed that Huawei was unstoppable, and the CCP’s master plan to control power grids, power generation systems, sanitation systems, manufacturing processes, and the Internet of Things through Huawei’s 5G hardware was inevitable. No one wanted to imagine a world where an authoritarian regime controls technology. Previous efforts to stem the tide had failed.

Many in Washington believed it was all about technological and economic supremacy and that the boat had sailed in 5G. But we realized that it was about something much bigger than technology and economics: it was about trust. Here’s the dirty little secret we discovered about the CCP: Its greatest weakness is its lack of confidence.

It was then that we harnessed America’s three greatest competitive advantages by rallying our allies, leveraging private sector innovation, and amplifying the moral height of democratic values. The result has been the Clean Network alliance between like-minded countries, businesses and civil society organizations that operate under a set of trusted principles to advance freedom and combat authoritarianism. These principles of trust included things like respect for human rights, transparency, reciprocity and national sovereignty.

In a jiu-jitsu movement, we have used these principles of trust to our advantage, arming them to protect our freedom and that of members of our growing “own” alliance around the world. The Clean Network eventually grew to include sixty countries, accounting for two-thirds of global GDP, 200 telecommunications companies, and dozens of other tech companies. In the face of Huawei’s seemingly unstoppable momentum, we’ve proven that China is beatable. And in the process, we have created a sustainable, proven and repeatable model for all areas of economic competition.

But perhaps more importantly, the bipartisan model of the Clean Network has ensured the unity and continuity of politics between the Republican and Democratic administrations, which is essential for our allies, and this is what Xi fears most. .

The Clean Network’s Trust Principles explicitly state that while no nation is forever excluded, countries that do not adhere to the Trust Principles will be excluded from membership until they reform practices and laws. problematic. These principles encourage countries to do what any truly free market demands most: fair play. By building a technology alliance based on these principles of trust, the Clean Network may turn out to be too large a market for the CCP to ignore. This gives China a choice: sacrifice the bigger market or play fair.

We must never forget that the only way for globalization to bring the peace and prosperity envisioned by Friedman in The world is flat is to have a level playing field for all.

Otherwise, when our grandchildren ask the same question, “If only we knew then what we know now, what would we have done differently?” The answer will always be “China”, but it may be in Chinese.

Keith Krach has been unanimously confirmed as US Under Secretary of State and is currently the Chairman of the Purdue Technology Diplomacy Center. He was President and CEO of DocuSign and Ariba and Chairman of the Board of Directors of Purdue. Crash was sanctioned by China.

Brigadier General David Stilwell is the former Assistant Secretary of State in the Office of East Asia and Pacific Affairs. He served in the Air Force for 35 years, starting as an enlisted Korean linguist in 1980 and retiring in 2015 as Asia Advisor to the Chairman of the Joint Chiefs. Stilwell was also sanctioned by China.