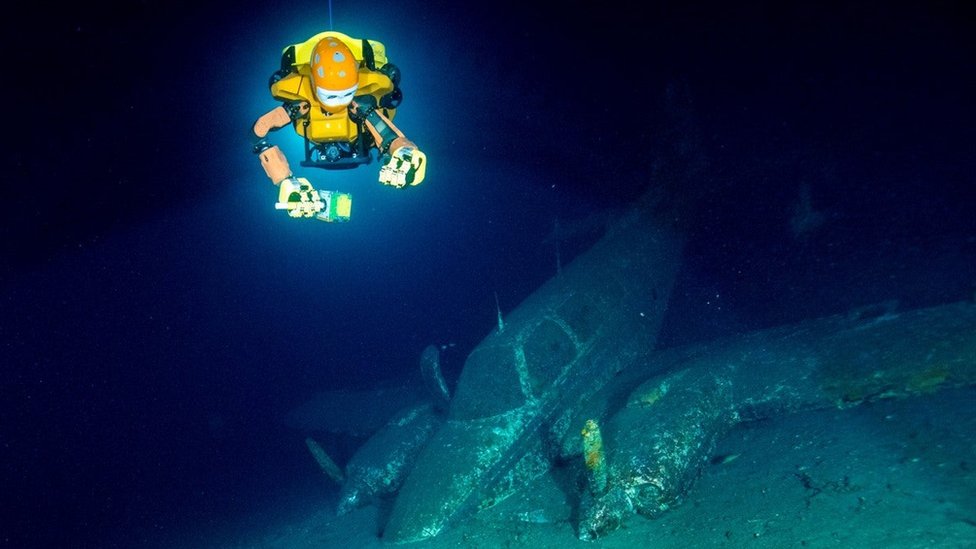 American scientists have created a robot which they claim can dive up to a kilometer under water!

The robot, called OceanOneK, has a human-like upper half of its body, including arms that can move like a human.

It also has a two-eyed head – with a separate camera located in each eye!

These special features allow anyone using the robot to feel like they too are exploring sunken ships and other deep-sea destinations.

What did the scientists do?

Researchers at Stanford University in America had previously built an underwater robot called OceanOne that could dive 200 meters underwater.

For OceanOneK to dive deeper, the experts had to make some adjustments.

They adapted his body with a special foam that allows him to float but also to withstand the enormous pressure experienced at a depth of 1 km – more than 100 times more than at sea level.

The new robot also has a tactile feedback system, which means that scientists can experience the same visual and tactile sensations as the robot when underwater!

The robot recently visited a sunken steamship in the Mediterranean Sea and experts were shocked at how realistic it felt.

Professor Osama Khatib, Director of the Stanford Robotics Lab, said: “You get close to this amazing structure and something amazing happens when you touch it: you actually feel it.

“This is the first time that a robot has been able to go to such depth, interact with the environment and allow the human operator to feel this environment,” added Professor Khatib.

“It’s been an incredible journey.”

What is the Gainax Pose?