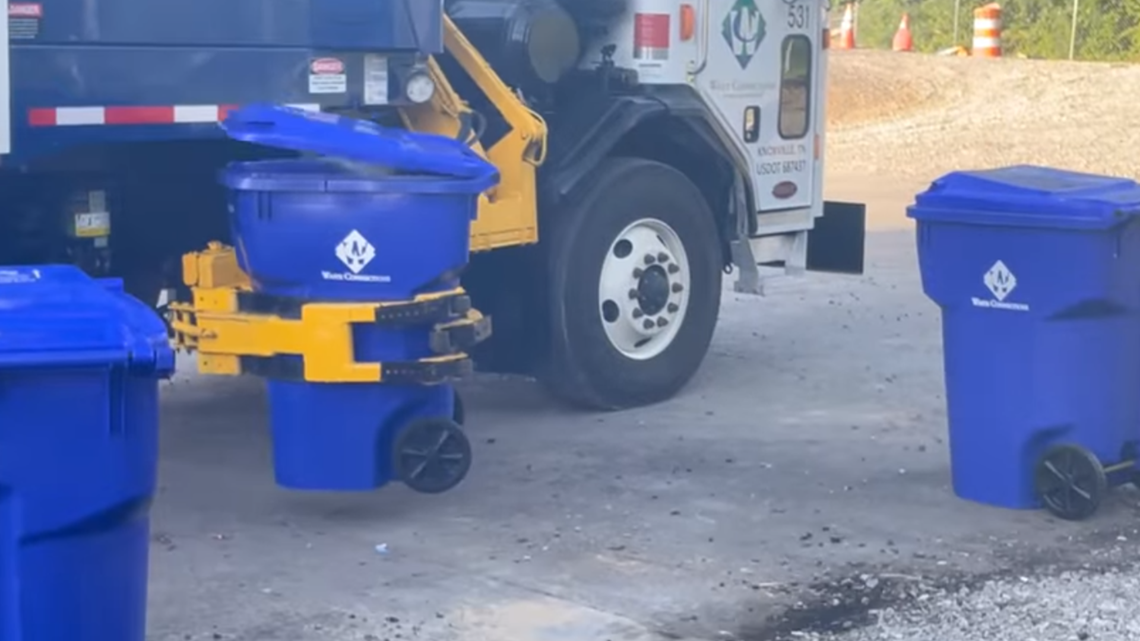 Residents of Oak Ridge can see the new trucks in action on Monday, driving through the Secret City with large mechanical grippers resembling robot arms.

OAK RIDGE, Tenn. – Oak Ridge is where some of the country’s most significant technological advancements have been made. This is where a national laboratory works at the knowledge frontier, helping to develop all kinds of new technologies.

And from Monday, the city will bring technological advancements into people’s homes, improving the way garbage is collected. After announcing changes to Oak Ridge solid waste management services from July 1, the city presented one of its new trucks on social networks.

It uses a large mechanical arm to pick up trash and empty it into the truck, without operators having to leave the driver’s seat. However, officials said crews would still be on trucks to move trash cans and pick up loose trash.

City officials said they were unaware of anyone who lost their jobs at Waste Connections because of the new truck, and said it would make it easier to hire and keep the job.

They also said some of the older trucks will still be driving around the city, picking up trash at eligible homes for backdoor pickup. Information packages have also been included in the new blue bins left in homes, so residents can learn about the changes.

People who need more than one trash can to fill their trash cans can leave two additional bags outside the trash can, officials said. And if the blue bin is damaged, residents can call Public Works at (865) 425-1875 for a replacement.

Old trash cans left near the sidewalk will be picked up and disposed of, officials said. Residents can also bring them to the Waste Connections convenience center for disposal.

Many have asked why they need to leave more space for their new curbside bins. Monday morning you will see these …

Which country is the world’s largest cyberpower?

Are you ready for the robotic revolution?