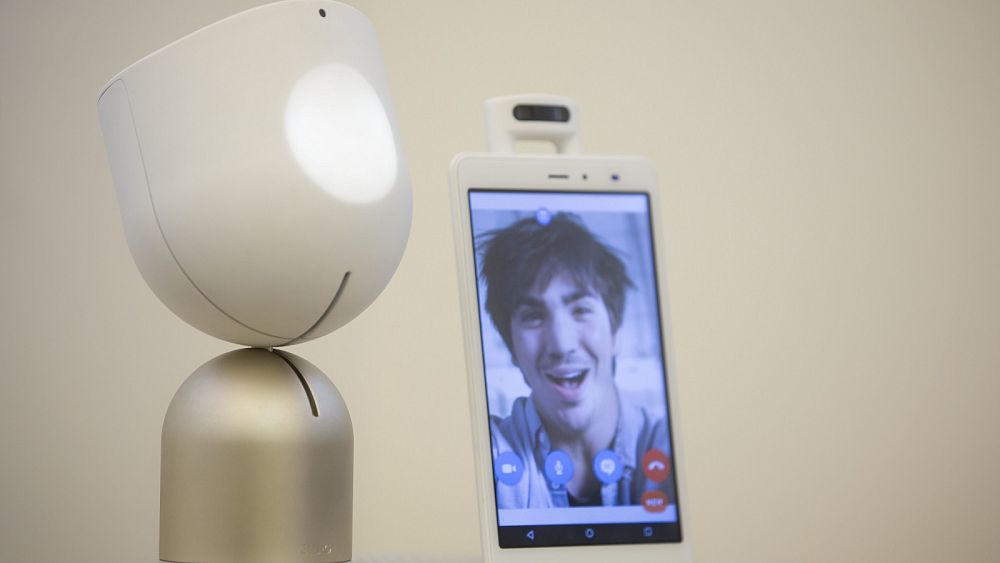 Officials in the US state of New York are offering companion robots to more than 800 seniors in a bid to tackle social isolation.

The New York State Office of Aging (NYSOFA) will work with local partners to identify seniors who would benefit most from the technology – a voice-activated smart device known as ElliQ.

The device, which consists of an interactive robot paired with a tablet, will help “promote independence and provide support for older adults,” NYSOFA said.

For example, it can perform daily checks, suggest health and wellness tasks such as sleep relaxation and exercise, remind users to take their medications, and help them stay in touch with family and friends. friends.

“Despite misconceptions and generalizations, older people are embracing new technologies, especially when they see that they are designed by older people to meet their needs,” said NYSOFA Director Greg Olsen, in a press release.

“For those who experience some form of isolation and wish to age in place, ElliQ is a powerful complement to traditional forms of social interaction and support from professional or family caregivers.”

The robot as a “sidekick for happier aging”

Produced by Israeli startup Intuition Robotics, the ElliQ device is marketed by the company as a “sidekick for healthier, happier aging.” It was launched for commercial sale in March this year.

Researchers are increasingly turning to robots for solutions as instances of social isolation and loneliness rise among older populations.

Such feelings are widespread, with some countries reporting that up to one in three older people feel lonely, according to the World Health Organization (WHO).

In Europe, robots have already been tested in care homes in the UK in an attempt to improve mental health and reduce loneliness.

Similarly, a joint EU-Japan project called ACCRA has developed social robots co-designed by older people, including a mobility robot to help people stand, and a smaller robot that can interact and engage. at the social level.