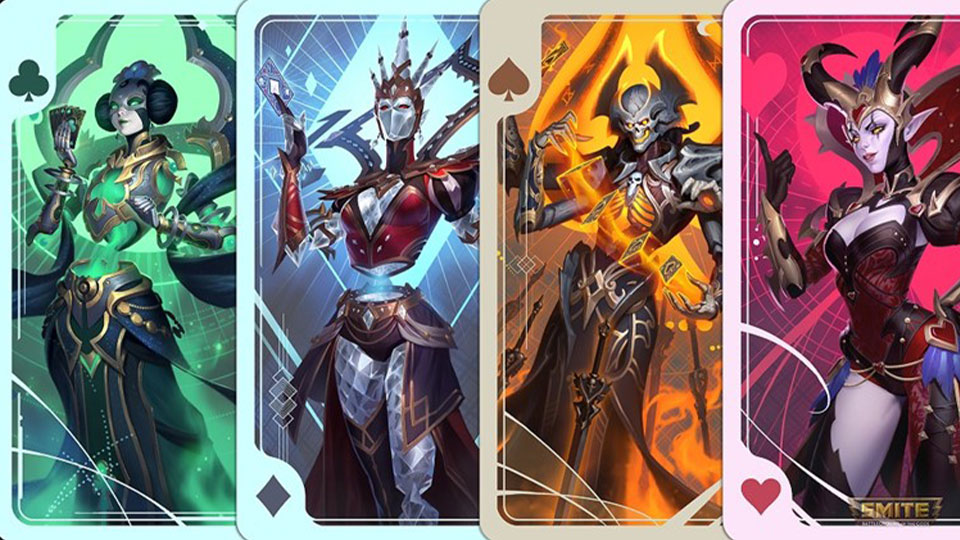 Live Now, Izanami becomes Queen of the Cards and the Chibi Bots take over SMITE.

This new high-level upgradable skin comes with a unique quest feature, while the latest Battle Pass is home to cute but deadly Chibi Bots.

SMITE’s latest update, released today, marks the start of three separate events, the Heavenly Light major event, the Chibi Bots Battle Pass, as well as a Birthday Celebration event. Each in their own way has free unlockable rewards for players.

The four-month-long Heavenly Light event has now begun, featuring dozens of purchasable skins as well as questlines. The reward for the collection is the new high-end shapeshifting skin from Hi-Rez: Queen of Cards Izanami. This unlimited skin can only be unlocked as a bonus for purchasing the entire event.

Izanami, the Japanese matron of the dead, has been chosen to become SMITE’s new “Tier 5” skin, which rotates between multiple forms and evolves based on player actions during matches. Queen of Cards Izanami has four different shapes, each representing a combination of cards – Hearts, Spades, Diamonds and Clubs – and each as distinct as a distinct skin.

For the first time in SMITE, this skin has its own quest system and is able to constantly evolve, not just for the current match. The Queen of Cards demands that her subjects entertain her – preferably by shedding the blood of enemy gods. Each time she kills or assists, she draws four cards. When it comes to a square, players permanently unlock a special emote for the current form, with entirely different animations.

It can be difficult to choose the best theme for a Battle Pass, but SMITE has found the ultimate: a fusion between what players love most – Chibi gods and mecha gods.

Starting today, four adorable Chibi Bots skins can be unlocked in the latest Battle Pass. Everyone progresses simply by playing matches, accessing dozens of rewards, including some free like the Intruder Bot skin for Cupid. Purchasing the Chibi Bots Battle Pass grants access to all rewards, including the other three robotic stars: Beaky Bot, Freezy Bot, and Doom Bot.

During the Heavenly Light update, SMITE celebrates its 8th launch anniversary! Through a special in-game event, all birthday gifts go to the community as a token of gratitude, using a structure that has proven to be extremely popular. 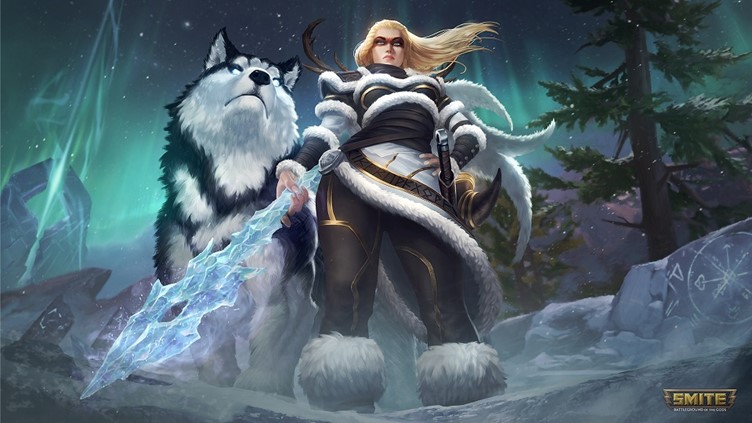 A wide variety of prizes can be unlocked every day just by playing, including the new Husky Handler skin for Skadi, boosters, gems, and player-created cosmetics that the SMITE team selected in a contest. These include memey world emotes featuring Khepri’s free hugs and Candy Shop Achilles popping out of a giant birthday cake.

Due to a community request, new settings are now available for custom games. Playing with friends or for community events and tournaments, everyone can now use the exact same conditions as the world championship – or on the contrary, you can go wild with the craziest settings such as gold infinite, no mana cost, outrageous cooldown reduction, and Suite.

After massive PR, have humanoid robots broken down?