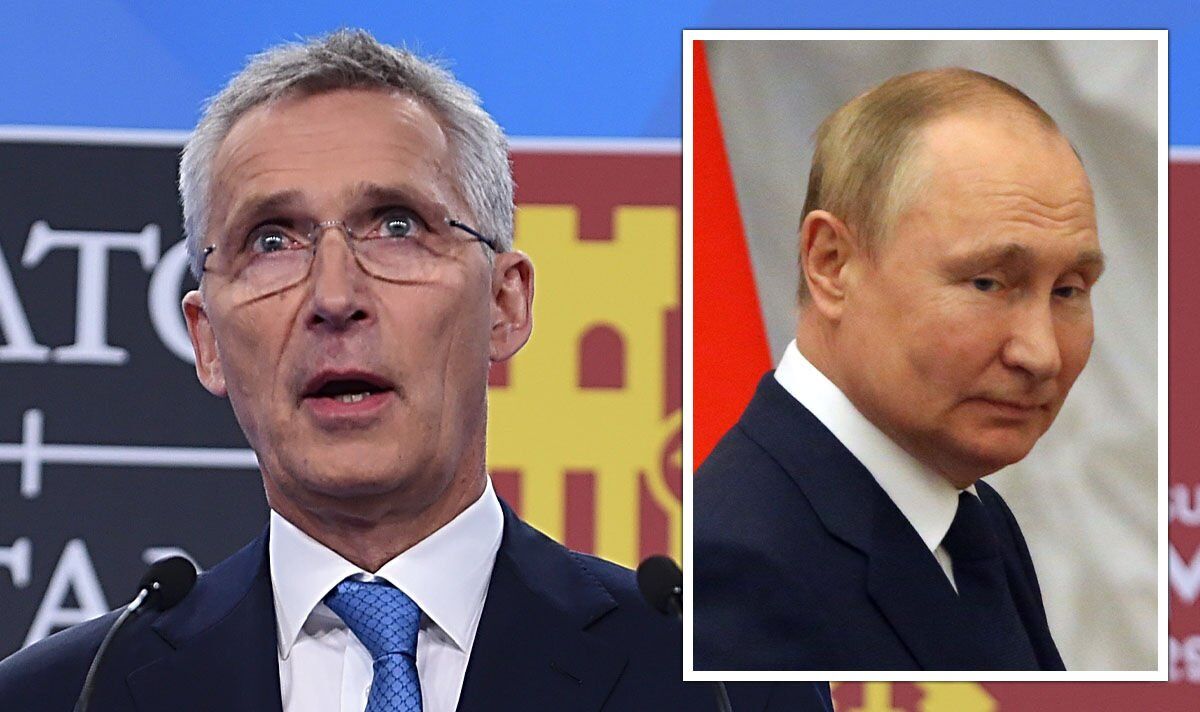 Amid intense military battlefield combat, Russia and Ukraine are also waging a cyber war. In the early hours of Vladimir Putin’s invasion, Russian hackers attempted to cripple tens of thousands of satellite internet modems in Ukraine in an effort to shut down the internet and leave Ukrainians in an information void. According to Microsoft, Russian hackers have also targeted Ukrainian organizations such as nuclear energy companies, media companies and government entities. The cyberattacks took down several important Ukrainian government and banking websites.

According to Max Smeets, director of the European Cyber ​​Conflict Research initiative, some Western countries targeted by cyber attacks could interpret them as acts of war. As a result, a member of NATO could trigger Article 5 and a full-fledged World War III.

Mr Smeets told Times Radio: “A cyber operation can actually trigger, in the case of NATO, Article 5. And you can call it an act of war if the disruption or destruction is very significant.

“What’s a little trickier and what we certainly wouldn’t call war is when you’re actually probing those systems when you have access to them.

“But the open question, though, is, well, okay, maybe what you’re seeing are sometimes operations that individually aren’t very, very significant but cumulatively can have great effects.”

“And the question is to what extent can you look at them as a whole and still say, well, this reaches the threshold of seeing this as an armed conflict,” Mr Smeets said.

“And more and more countries are moving in this direction, that we shouldn’t be thinking about this individually, but we should be looking at these operations sometimes in organized campaigns where we link them.”

Times Radio host Hugo Rifkind then said: “So look, on some levels it’s kind of surprising to think of nations like, well, North Korea and Iran, in particular having very impressive cyber forces, because we don’t necessarily think of them as being, you know, certainly in a civilian sense, computer powers.”

“What’s the connection there? I mean, basically, are we developing fantastic military cyber forces by first having some sort of civilian infrastructure to provide the manpower and the expertise? Or are we they separated enough? asked Times Radio’s Hugo Rifkind.

Mr Smeets said: “Well, what’s really interesting here in this space is that the rules of the game are uneven. And what I mean by that is that countries don’t exactly play the same rules to operate in this space.

“Some countries care a lot more about side effects, maybe hitting other targets that you don’t want to hit than other countries. Now when you think about the number of constraints, so if you want to be a power responsible in this space, then suddenly the requirements to conduct operations increase disproportionately.”

DO NOT MISS :
“The ball in their court” Erdogan threatens to sabotage the agreement [REPORT]
NATO map: the three countries that could attack Russia first in World War III [MAPPED]
At least 19 dead in their homes as Russian missiles destroy apartments [REPORT]

Hugo Rifkind of Times Radio clarified: “Clearly, fundamentally, you mean, like, for example, if Britain were to probe the defense of Russia, we would be very, very concerned, for example, about the destruction of hospital infrastructure by mistake while in return Russia might be less concerned about it.”

“Exactly, exactly,” Mr. Smeets said. “And that’s what we’ve seen in this space. So we’ve seen, for example, Russia deploying a worm that has affected many systems in the UK as well. It started in Ukraine at an accounting firm, but that had implications even for shipping companies and many other businesses across Europe. Because it wasn’t really the well-developed capability.”

READ NEXT:
Putin faces “real heartache and discontent” as a matter of the inner circle.
Putin to ‘double down’ on Ukraine to save face after failed war
“There is a possibility of world war!” Johnson’s NATO commitment rejected
Poland strengthens its defense against Russia
Snake Island loses ‘resounding loss’ as Ukraine regain upper hand