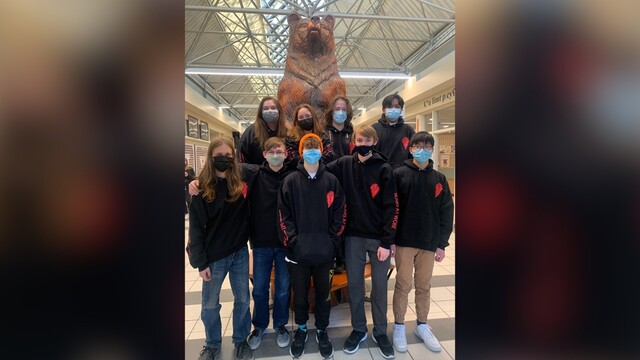 The robotics team needs a boost

A group of West Kelowna students needs your help with their goal of building a robot to compete on Vancouver Island next month.

Student organizer, Miranda Nutt says the Mont Boucherie team was supposed to compete a few years ago but the event was canceled due to COVID-19 but now they are back on track.

The team will travel to the 2022 Canadian Pacific Regional Competition in Victoria from March 2-5.

“Essentially, we have eight weeks to build a robot to perform certain tasks.”

More than 1,000 teams from across Canada compete in more than 60 individual qualifying and provincial championships. Nutt says they need the money to complete their robot and to set the stage for future teams to compete as well.

“We need about $20,000 and have already secured some sponsorship from NAPA Auto Parts and BC Hydro. But we only have half of what we’re looking for,” says Nutt.

The money will be used to cover travel expenses, robot parts, equipment, uniforms and to ensure the future of the Mont Boucherie robotics team.

The team is looking for donations and sponsors. If the team wins at the regionals, it will move on to the national competition.

You can get involved here.

Anonymous in “cyberwar” with Russia. What does it mean?