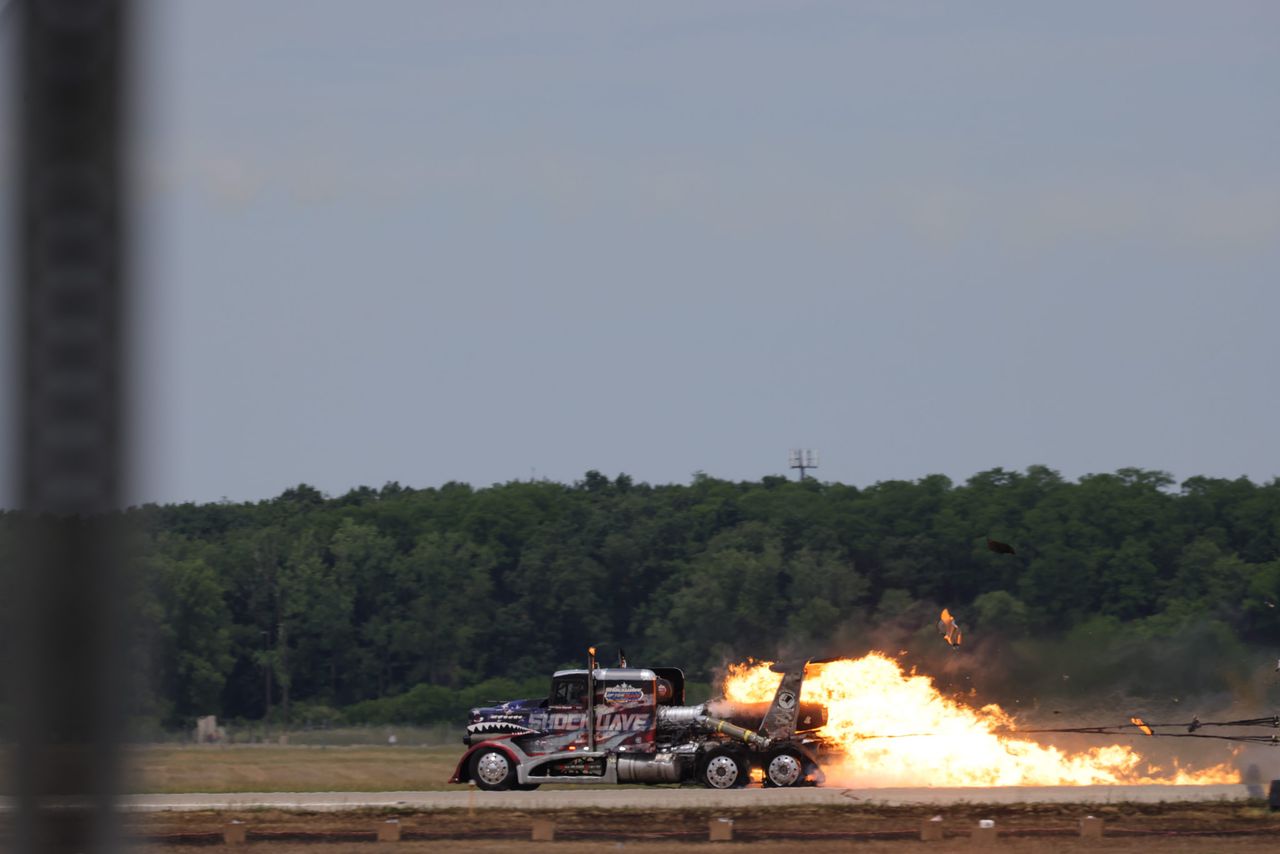 BATTLE CREEK, MI — Saturday afternoon’s fatal crash at the Battle Creek Field of Flight Air Show and Balloon Festival was caused by a mechanical failure, according to the father of the deceased man.

Neal Darnell attributed the Saturday July 2 violent crash of a Shockwave Jet Truck that killed the driver, his son Chris Darnell, to mechanical failure, he said in a Facebook post that evening.

Neal Darnell said Chris Darnell was his youngest son and had just turned 40.

“We are so sad,” Neal Darnell wrote in a Facebook post Saturday night. “Just a month ago Chris turned 40. He was so loved by everyone who knew him. Chris loved the airshow business so much. He was ‘living the dream’ as he put it.

Funeral arrangements will be announced next week, Neal Darnell said.

Battle Creek Police say Chris Darnell was driving the jet-powered truck on the runway at Battle Creek Executive Airport at speeds of around 300 mph when the fatal incident occurred.

Video of the performance shows Chris Darnell’s truck overtaking one of the planes overhead and about to overtake another when his truck catches fire and appears to roll.

While the remaining performances at the Battle Creek Field of Flight Air Show and the Balloon Festival were canceled on Saturday, they will continue on Sunday.

The Battle Creek Field of Flight Air Show and Balloon Festival is a five-day festival that begins June 30 and ends July 4. It features an air show, music, fireworks, hot air balloons and more.

Michigan’s billion-dollar pandemic rent fund is running out. And after?

Secondary Encoders for Industrial Robots Market segmentation and analysis by recent trends, development and growth by regions till 2028