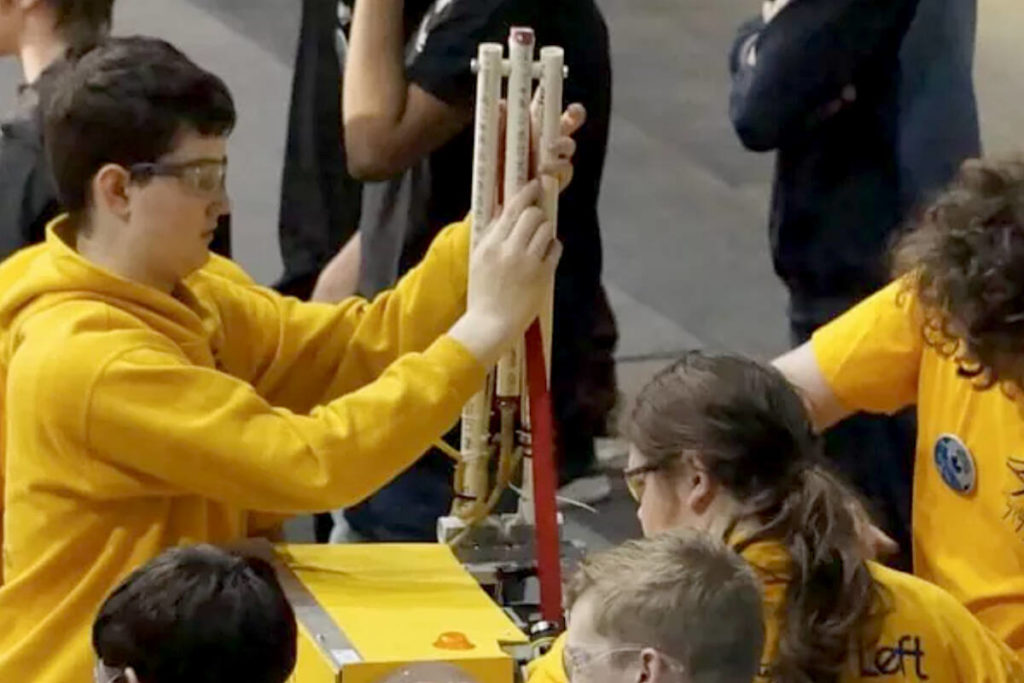 A group of students from the Garibaldi High School Robotics Team attempt to raise funds to build their 2022 robot.

The FIRST Garibaldi Robotics #7173 team, comprised of 25 students, plans to compete in the Canadian Pacific Region competition to be held in Victoria, BC, as well as the World Championships to be held in Houston, in Texas, in April.

FIRST Robotics are hands-on programs that introduce students to engineering and coding where they work together to compete in an annual robotics challenge.

This year, they will compete in RAPID REACT, a transportation-inspired competition where, under strict rules and limited resources, teams must build and program industrial-scale robots to play a themed terrain game.

Jeannine Lyotier, mother of two of the team members, started a GoFundMe for the team to try to raise $1,500, to be spent on team goals.

The team was formed in 2018 by a group of students from grades 8 to 10. They formed the Iris Robotics team and spent six weeks building their first robot before heading to Victoria for their first competition, which they won.

The 2018 Canada Pacific Regional Champions then moved on to the World Champions, where, Lyotier said in a post on GoFundMe, they were inspired to continue building robots and learning more about science and technology.

In 2019, the team participated in two competitions: Operation Deep Space in Victoria and Girls Generation in Maple Valley, Washington.

“While the team is student-led and relies on the community for mentorship, guidance, learning and troubleshooting, the team also needs your support to nurture the next generation of engineers. , technicians and entrepreneurs to step up and create technology that could change the world,” Lyotier writes online.

“Community and family support is critical to our ability to compete and achieve our goals,” she said.

The average age of the Garibaldi team is 15, and 75% of their FIRST alumni are now in the STEM field – Science, Technology, Engineering, Mathematics – as a student or professional.

Lyotier said 100% of the funds will go to the team and they won’t ask for a tax receipt for the funds.