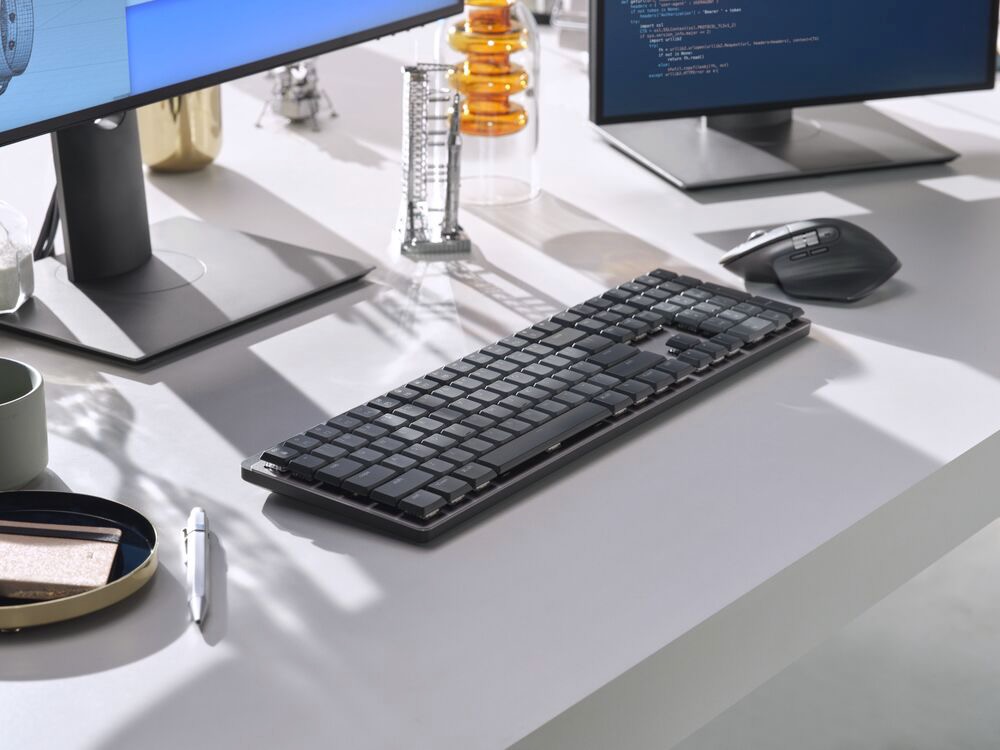 For those who want a little more action and feel with their typing, Logitech has launched two new mechanical keyboards – the full-size MX Mechanical and the MX Mechanical Mini.

The keyboards have bi-color keys so you can easily distinguish keys even at an angle, as well as smart backlighting and your choice of six backlight colors.

Logitech keyboards will also automatically adjust their brightness based on ambient light.

It’s also smart enough to turn off the backlight to save power when the battery is low.

“There’s a growing community of software developers who fell in love with mechanical keyboards when they first started playing games, and now they want the same feeling of precision and control with their professional desktop keyboard,” said Tolya Polyanker, MX Series Manager for Creativity and Productivity at Logitech.

The MX Master 3S mouse is ergonomically shaped for comfortable use and an 8000 dpi optical sensor allows it to work on any surface, including glass, and delivers the faster workflow supported by high-end monitors. resolution.

Also on board is the MagSpeed ​​electromagnetic wheel which can handle rotating 1000 lines in one second while the side scroll wheel offers faster horizontal navigation.

All of these new Logi products connect via Bluetooth using Logi Bolt wireless technology for a secure and reliable connection.