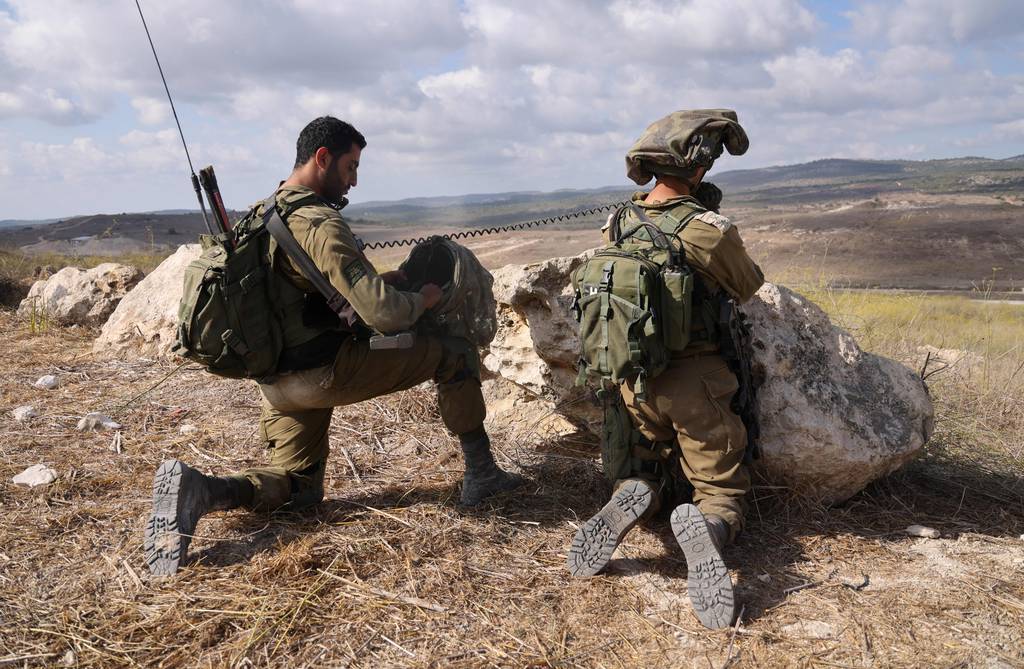 JERUSALEM – Israel has sought to increase its operational success on the battlefield through a major digitization campaign within the Israel Defense Forces. The importance of this transformation was evident in the recent conflict in Gaza which Israeli officials called the first “war of artificial intelligence”.

Chief of Staff Aviv Kochavi has made the use of digital potential a central part of his command, according to Col. Eli Birenbaum, head of the architecture department of the IDF’s digital transformation division.

â€œThe IDF had some loopholes to increase our lethality on the battlefield,â€ Birenbaum said in an interview. While the IDF looks like a single organization from the outside, for years its various departments, including the air force, navy and ground forces, have been balkanized in their use of their own. networks for data services, he said.

For years, â€œno one considered the IDF in its entirety from an operational point of view, [asking] how can we take each capacity the services [have] and combine them with other capabilities developed in different departments to create a whole greater than the sum of its parts, â€he said. Enabling rapid digital processes, such as allowing a platoon commander to tap into data gathered by a helicopter flying several kilometers away, is key to the IDF’s transformation.

Nati Cohen, the former IDF communications and C4 official and later director general of the communications ministry, said this process began 15 years ago. After units had difficulty communicating with each other during the Lebanon war in 2006, the IDF realized that intelligence and air force units were using data well but could not connect. to land forces. â€œThe idea was to pass the data to the ground forces, and the command of the ground forces officers decided to start a big project and they understood that data, connectivity and software is like another weapon that you give to people. soldiers, â€said Cohen, who is now president of cybersecurity firm CyberIL.

In 2010, the ground forces had better connectivity and the IDF established its J6 and Cyber â€‹â€‹Defense Directorate, which is responsible for cyber defense, communication, wireless transmission and computerization. The IDF has focused on the importance of data and connectivity between forces, Cohen said. The challenge was to overcome the different systems and even the different companies providing different data services. â€œThe challenge was one network, one data and one Internet for the entire Israeli army. “

Cohen said the 2014 war dubbed Operation Protective Edge was Israel’s first â€œdigitalâ€ war, in contrast to the â€œfirst AI conflictâ€ of May 2021.

Birenbaum noted that this challenge involved removing situations such as each C2 unit having its own map database, with the intelligence directorate instead establishing a central map database for the entire IDF. The IDF has identified these types of â€œcommon building blocksâ€ to create a common language in the â€œdigital battlespaceâ€.

The IDF realized that it “is not using the data as much as we want it to be, we collect a lot of data from sensors located at places like the borders, and most of it is not stored. or merged with different sensors, â€Birenbaum said. There was a gap from the rapid changes in technology in the civilian world. â€œWe knew this had the potential to increase lethality in one factor, if we could shorten the time and analyze situational awareness for commanders, we can increase lethality and efficiency more broadly. “

Another obstacle is the cultural challenge of securing buy-in from older senior officers who have not grown up in the digital age. In 2019, as Israel rolled out its multi-year restructuring plan called Momentum, Kochavi established the digital transformation division and tasked it with bringing common digital infrastructure to the units. â€œMy job is to make sure that every new project that the IDF builds is done to common standards, whether it’s mapping or anything in the digital battlespace, so that every application is cloud native and the new system is spectrally efficient, â€said Birenbaum.

Using data and artificial intelligence, the IDF seeks to take advantage of this technology on the battlefield by fusing information, especially visual and electromagnetic. Lethality could increase by a factor of 10 to 100, Birenbaum said.

A series of new units are at the forefront of this transformation attempt. This includes the multidimensional Ghost unit that came from Israel’s Parachute Brigade and used swarms of drones and AI during the May conflict in Gaza. â€œWe have a lot more to improve, we have core capabilities today and we are investing a lot of resources in this vector to bring new capabilities in for the foreseeable future,â€ said Birenbaum. The IDF draws on the many Israeli startups and high-tech advancements from companies such as Elbit Systems, Rafael Advanced Defense Systems, and Israel Aerospace Industries. Elbit’s Digital Army Program 750, called Torch-X, is part of this system. It is designed to increase situational awareness and speed up operations to shorten the sensor-shooter cycle.

Other systems, such as unmanned ground vehicles patrolling borders and merging sensors from these various technologies, are part of the IDF’s vision for change in the coming years. The challenge for the military, noted Birenbaum, is that civilian technology has overtaken military procurement. The military can’t just uninstall an app that doesn’t work, because if you don’t rigorously test a new technology, it could “drop a bomb,” he said.

Cohen gave Kochavi credit for pushing the digital transformation, noting that his experience as an intelligence officer and in paratroopers helps him understand how intelligence should be conveyed to lower unit commanders. â€œIt was our challenge to push the data to the forces,â€ Cohen recalled. This meant using information collected by units like the IDF 8200, the military intelligence directorate, to put it in the hands of commanders.

The change helps the military to be more efficient, lethal and precise, to seek targets faster, Cohen said. â€œIt used to take days, now with digital precision it takes hours. “

Seth Frantzman has been covering conflicts in the Middle East since 2010 as a researcher, analyst and correspondent for various publications. He has experience covering the international coalition against ISIS in Iraq and Syria, and is co-founder and executive director of the Middle East Center for Reporting and Analysis.

Taco Bell Anime is an Evangelion-style Mecha vs. Kaiju battle for … Nacho Fries