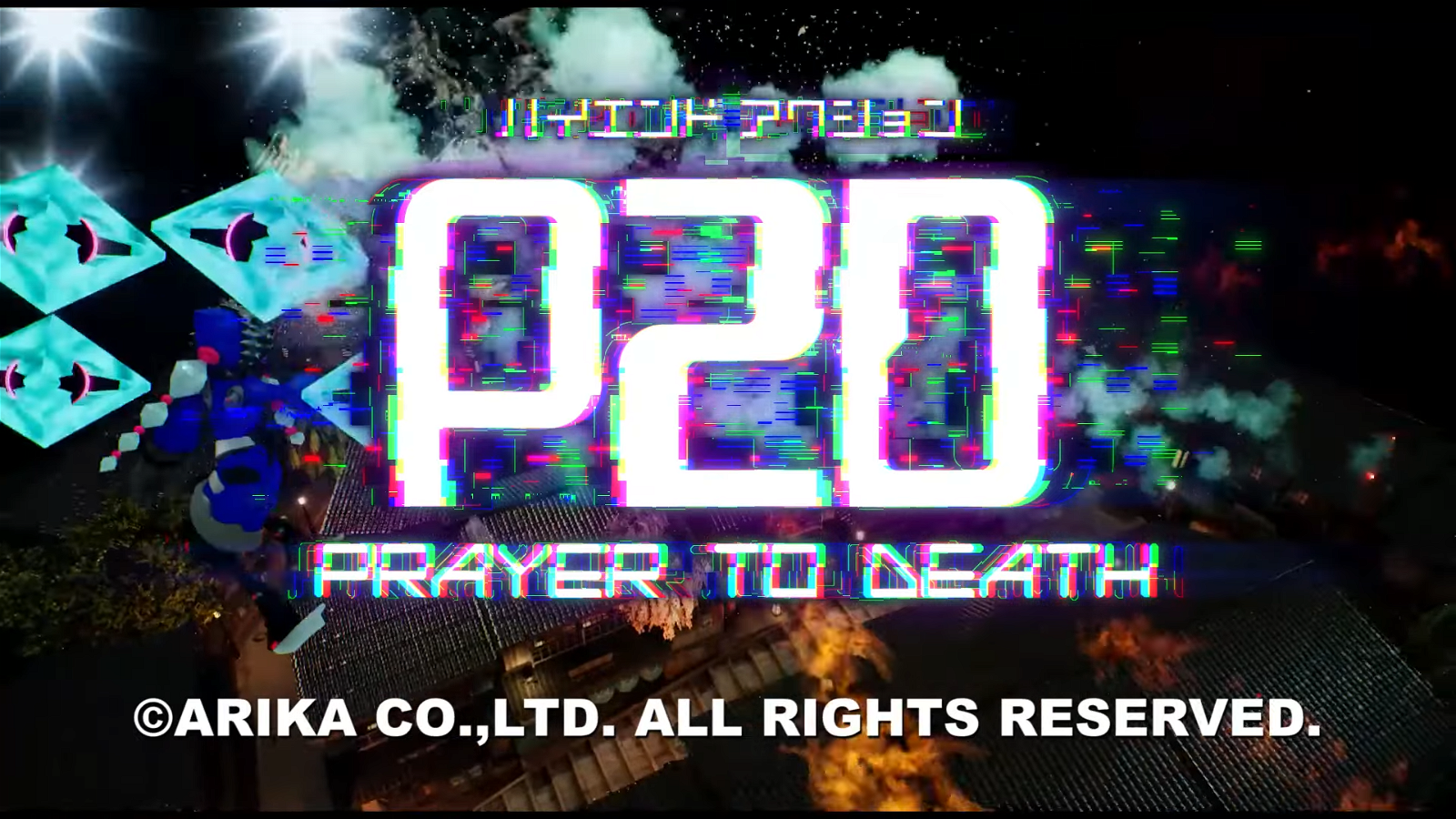 Yesterday Arika posted a new two minute video about a game called Prayer To Death. The game looks like a mix of SEGA’s Virtual On and a fighting game to those who have seen this video. At first glance, this looks interesting, and being a huge fan of Virtual On, I’m curious what I just watched. But what exactly is prayer to the death?

Watch the video below.

In 2020, Arika announced that she was working on a new game called Prayer To Death (sound familiar?) and that this game was to be released on April 1, 2020 in Japan. Of course, we found out that never happened because the game was a huge April Fool’s joke. Again, Prayer To Death seemed like a sort of spiritual successor to Virtual On. It was a fantastic mecha vs. mecha fighting title with players fighting in an arena. It is the predecessor to many mecha-based fighting games, including the Gundam Extreme Vs. MaxiBoost ON, and many more.

For reference, this was the video Arika posted in 2020.

Of course, being an April Fool’s joke, the game never materialized because it just didn’t exist. Arika teased and confused his fan base just like they did before with Fighting EX Layer. Another game that Arika had teased as an actual game, but much like Prayer To Death, was only created as a prank. Several years later, Arika revealed that Fighting EX Layer had been developed as a full-fledged game released on PS4, Switch, PC, and even an arcade version. Yes, Arika completely fooled everyone by bringing what was originally a prank and wanted it.

If this happened for Fighting EX Layer, could the same thing happen for Prayer To Death? It’s a question that’s been asked since the April Fool’s Day 2020 prank had come and gone, with no response from Arika. Fast forward to yesterday when Arika released a new video for Prayer To Death, which was the only other time since 2020 that we’ve heard or seen anything about the track. And similar to Arika’s earlier behavior, it looks like the game is being developed as an actual game – it’s no longer a prank. Where is it?

Maybe Prayer To Death is not a prank

In this recently released video, we are treated to gameplay with a number of things happening. This video features a character called Regaid, facing a mirror match.

Although not available in this particular version, several characters (cyborgs) are shown on character select, with two more hidden in the shadows. Thanks to the last video, we know that the names of the unavailable characters are Shir-SH, Capell&Opu, Porec, Betelion and Arteta.

Throughout this fight, we can see that this match takes place in Paris, France as two famous landmarks, the Eiffel Tower and the Arc de Triomphe de l’Étoile are seen. There’s that Twisted Metal 2 vibe, because that game also had a stage similar to this.

Combat takes place both in the air and on the ground, with a number of alleys and streets that can be traversed. Combat seems to be all about locking in and firing an insane amount of missiles, and dodging quickly in multiple directions. Although difficult to see, the surrounding buildings appear destructible, as one building turns into a green outline, with parts missing from the top. Before long, the match is over with the name of the game showing, then fading to black.

Perhaps the biggest clue that this is another April Fool’s Day prank is that there’s no mention of the game on Arika’s website. There’s no chatter on Arika’s Twitter account, and I haven’t received any press releases regarding the game. Major game outlets don’t even mention Prayer To Death – maybe do they know something that we don’t know? Still, why would Arika go through all of this just to pull off another prank two years later?

My Mecha/Gundam loving inner child wants this to be real, too bad. It’s been ages since we’ve seen a Virtual On game. Sure, we have those Gundam games, and they’re fun to play. Again. I always thought they lacked the charm Virtual On was brimming with. I just want Prayer To Death to be that game trying to be the next Virtual On. Yeah, that must be it.

I guess all we can do is wait and see what happens, but I’m crossing my fingers that Prayer To Death is yet another Arika title that will eventually grace our gaming consoles. So what? help me if this is another fucking april fool!

Ai-Da, the AI-powered robot artist, will travel to Venice for a show during the Biennale