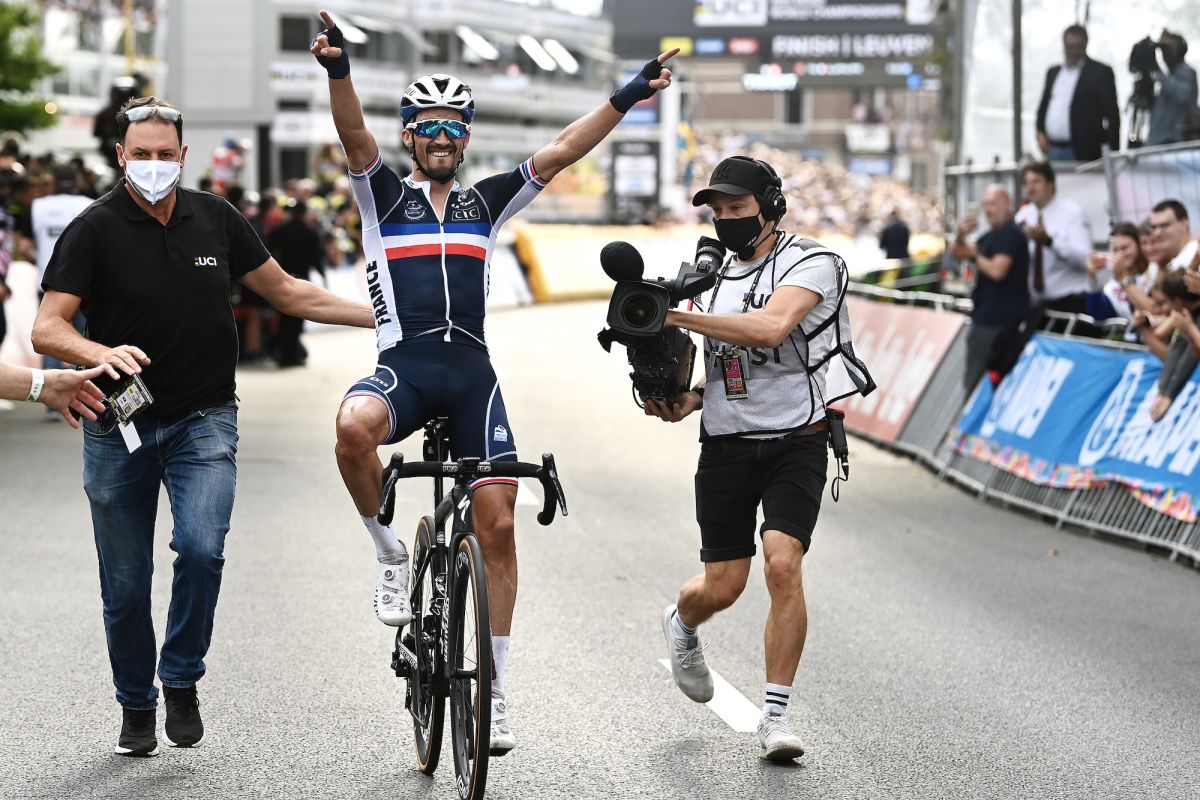 Attack being the best form of defense is a tired phrase, but that’s exactly what Julian Alaphilippe did to keep the rainbow jersey on his shoulders for another year.

At the press conference of his winner, he expressed this sentiment more eloquently than the “beautiful” race of his French team, describing how he protests against the control sometimes exerted in the races, a bundle of energy with nowhere to go, it bursts and comes to life. .

â€œSince 2014, I have always been the same rider,â€ says Alaphilippe. â€œI don’t want to change anything. I really enjoy riding like this, cycling is already a tough sport, I don’t want to become a robot.

“I want to attack, with panache and I want to give everything to try to win and it is even more beautiful when you wear the rainbow jersey.”

He is the champion cycling deserves. Never stale, always full of character on and off the bike. For him, it is not a job but a real one, a pure pleasure.

“I need time to realize that I have another jersey,” he continued. “If you know me, I use a lot of energy when I’m in a race because I like it … running. When I attack, I like when there is movement in the race but when you are the rainbow jersey, everyone’s looking at you when you’re not so good. “

After 270 km where he attacked relentlessly, he speaks louder than many tired journalists sitting in the press room. During the race, a French journalist sat watching one of Alaphilippe’s stinging attacks and muttered to his colleagues: â€œPanache, plume, plume, eh?

“It was a good day for me,” continued Alaphilippe in his assessment of the day. “I felt good very early on, I was really happy to ride, just, it was also my role to try something, I was not there today to wait for the sprint”, it was the job by Florian SÃ©nÃ©chal, wait in the wings for a part that was always going to be that of Alaphilippe.

“When I decided to attack, it was something I decided and I gave it my all.”

In the preparation, Alaphilippe described the pressure he felt in the rainbow jersey and how, during the victory, all the pressure dissipated.

“I think last year I was ready to win,” admitted Alaphilippe of his first rainbow jersey. â€œIt was really my biggest goal when I finished the Tour. I was really focused on winning the Worlds, it was amazing to do it. I had a really special year with the rainbow jersey. Heaven, and to be honest I wasn’t that happy to be at the worlds today. It was like only a year and now to focus on something different …

“To be honest I never imagined doing more than one lap alone. It was tough for me but I enjoyed the win.”

A popular winner, and for good reason. As he gets up from his seat to go celebrate, the last word is left to the new world champion.

â€œThank you and merry Christmas! “

India should invest in ever more sophisticated cyber weapons