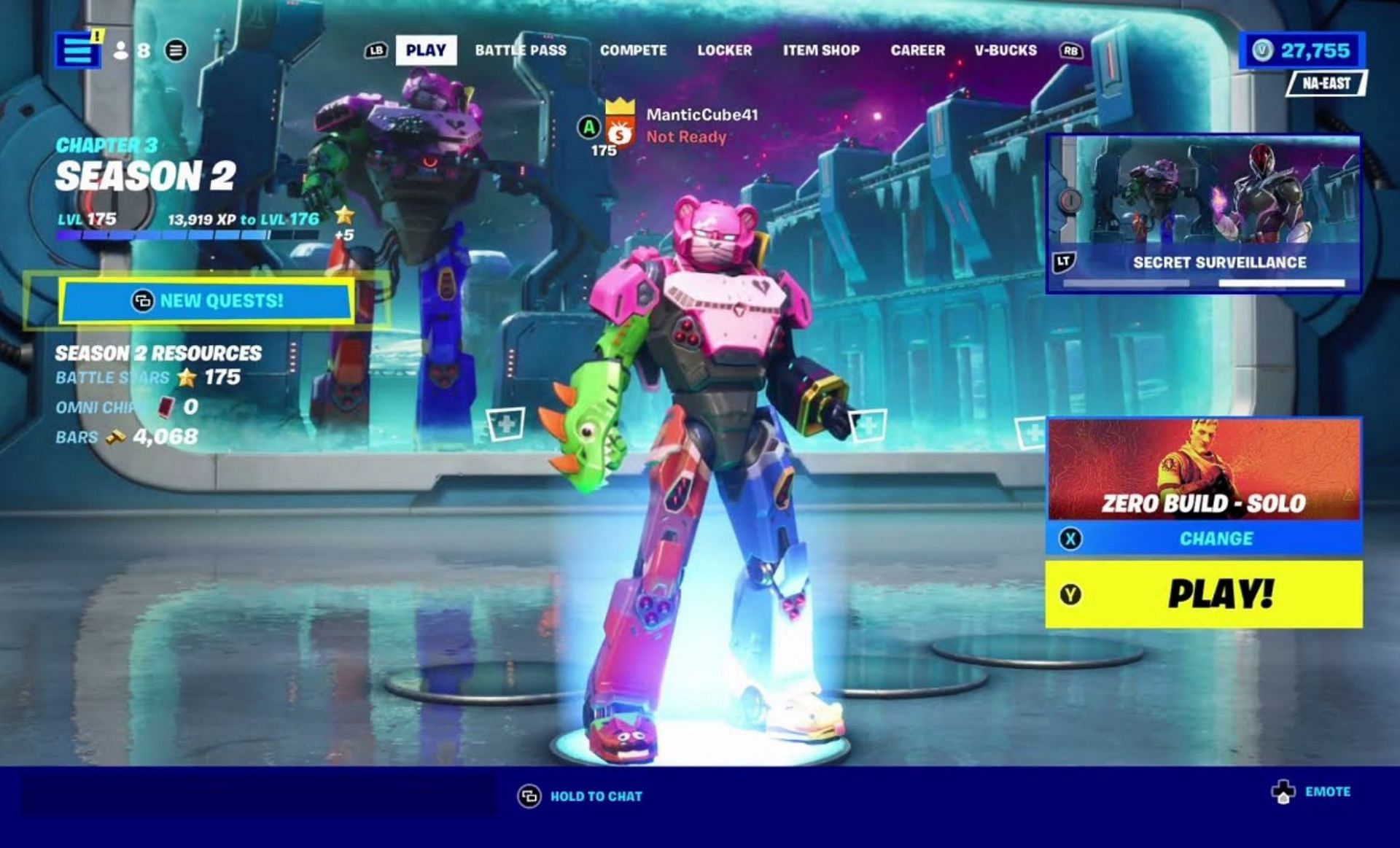 With only a few days left in Fortnite Chapter 3 Season 2, any XP Loopers can collect is valuable. On June 4 at around 4:00 PM EST, the Collision Live Event will take place, likely resulting in long downtime before Chapter 3 Season 3 begins. Players have until June 4 to earn XP and redeem this season’s Battle Pass rewards.

Skins like Doctor Strange and Gunnar have alternate styles to earn, while The Prowler has challenges to complete. Every progress counts because these cosmetics will no longer be available next season.

Challenges are a great way to earn XP, and luckily many are available to players. New resistance quests are added to the game every week which is a new addition to this season. Here’s how to complete the last week of resistance quests.

Like every week, players are tasked with establishing a device uplink before receiving their task. It’s an easy way to get some XP, and it prepares them for the next stage. Many weeks had multiple stages of these quests, with players having to uplink multiple times.

This week is no different. Players will first need to uplink Rocky Reels or The Daily Bugle. They can then activate a beacon at Tilted Towers or Coney Crossroads.

This will unlock the challenge to equip the Backpack (which is right in front of the Uplink) and collect Fuel Cells near Command Cavern. This is a last-ditch effort to power up the Mecha and defeat the imaginary Order.

This is the fastest and easiest route to complete the “Equip Backpack, Collect Fuel Cells, and Return Backpack” quest! #Fortnite

This is the fastest and easiest route to complete the “Equip Backpack, Collect Fuel Cells, and Return Backpack” quest! #Fortnite 👇 https://t.co/zyShitURJ6

Here’s what The Imagined is telling Fortnite players at this point:

“Looks like the Mech might work. It’s possible. The scientist said there’s a 72% chance it will start, which isn’t bad! What’s a C minus? We we need fuel, that’s why I prepared this Nanobattery Chargepack for you.

He then informed the players of their task:

Put it on and charge it by collecting the Imagined Order Fuel Cells. It will lose fuel as you move, but as long as you bring it back with at least 50% charge… Voila, we have a Mech… maybe.”

All players have to do is collect a fuel cell. There are more than a few options on the map. Here is where all fuel cells can be found:

Read also
The article continues below

Loopers can find one very close to Seven Outpost V, which is the recommended landing spot for this stage of the challenge. Once players have found and collected the cell, all they have to do is take the backpack back to one of the two outposts.

Doing so in Seven Outpost V will result in a very quick conclusion to this challenge. Fortnite players can then move on to the next step in this week’s quest.