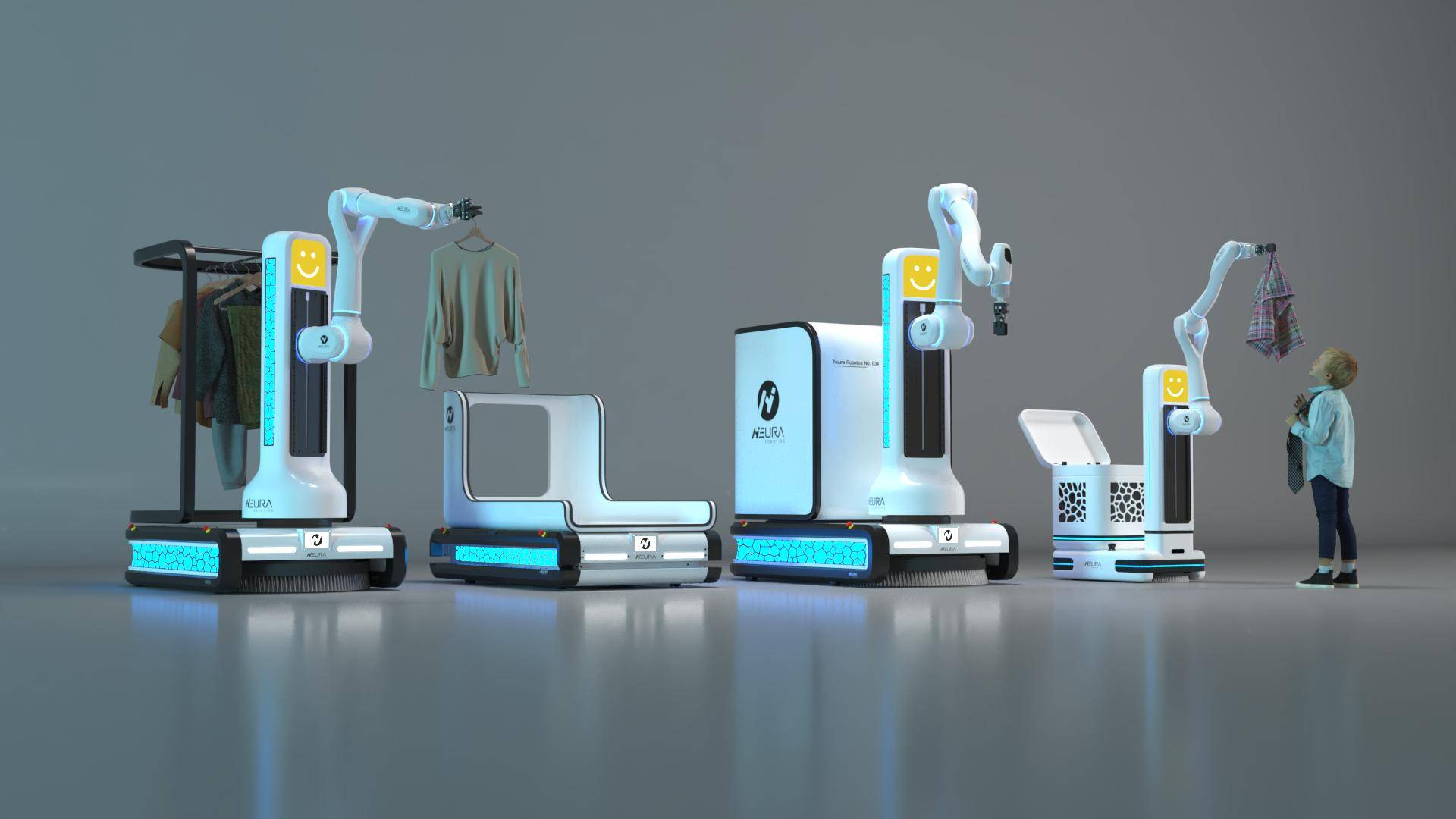 Imagine having an assistant at home or in your workplace who will listen, perceive and process your order 200 times faster than any human? Or how about a robot that will mop your floor, load your washing machine – or even play and talk with you when you have the blues?

German company Neura Robotics is showcasing a range of these robots at the Gulf Information Technology Exhibition (Gitex) in Dubai, with cognitive abilities that allow them to think (like a human), as well as hear, see and feel.

The company also hopes to provide an autonomous domestic robot for household chores, which can also serve as a companion for playing and talking.

Speaking about their one-of-a-kind robot lineup – which will be displayed for the first time in the UAE and released early next year, David Reger, CEO of Neura Robotics, told the Khaleej Times: “Our motto is “to serve us humanity”, which is why we have developed robots that will never harm humans. The 360-degree sensors attached to it help them tell the difference between humans and objects. While robots typically don’t have a system for knowing whether they are interacting with a human or an object, they are the first in the world to learn the difference.

Reger said the home assistant robot will be available in the market from February 2022. “At the start of next year, you will be able to get your AI-backed home assistant robot with the cognitive capabilities of a human, capable to feel, hear and see and with an AI. – skilled mind that can understand and predict things. You can command it or feed it with information so that it acts autonomously without you having to say anything. For example, you can order it or feed it with information to do all the types of tasks you would want an assistant to do around the house, like picking up things, tidying up the house, loading the dishwasher or washing machine. wash, mop, dust and clean surfaces, which no other robot has done before.

Our aim is to show that robots are a versatile tool that can have eyes, ears and also language, he added.

Reger added that the home assistant robot will be nimble, affordable and easy to move around as it won’t weigh more than 16kg. “The robot has a platform that will move on rollers, an 890 millimeter robotic arm that can lift objects weighing 6 kg. The robot also has voice recognition technology that can translate the voice into a color and then use color recognition to recognize different voices, thanks to AI. This helps it to follow your voice and commands, while also filtering out other sounds, even if they are very loud.

Pointing out other larger robots used in industrial applications, Reger said the same technology is used with different settings in many places, from the workplace to stores and health centers.

“From breast cancer screening and massage to kitchen automation, automotive welding, lab automation, help in manufacturing, logistics, dentistry and even surgeries. , our robots are essentially “cobots” which means they work with humans and help they accomplish a task faster, without much human effort, with great precision and give error-free results.

Speaking of a ‘cobot’ called Maira, Reger said: ‘These smart multi-detection robots are already in use in stores where they help retrieve items and serve customers who can order by their voice or even by pointing fingers. something they want. Maira will interact with you like a human and ask and confirm with you what you have requested. The sturdy and rigid design combines the performance of a high-end machine with easy programming and endless possibilities for interaction – for both beginners and experts.