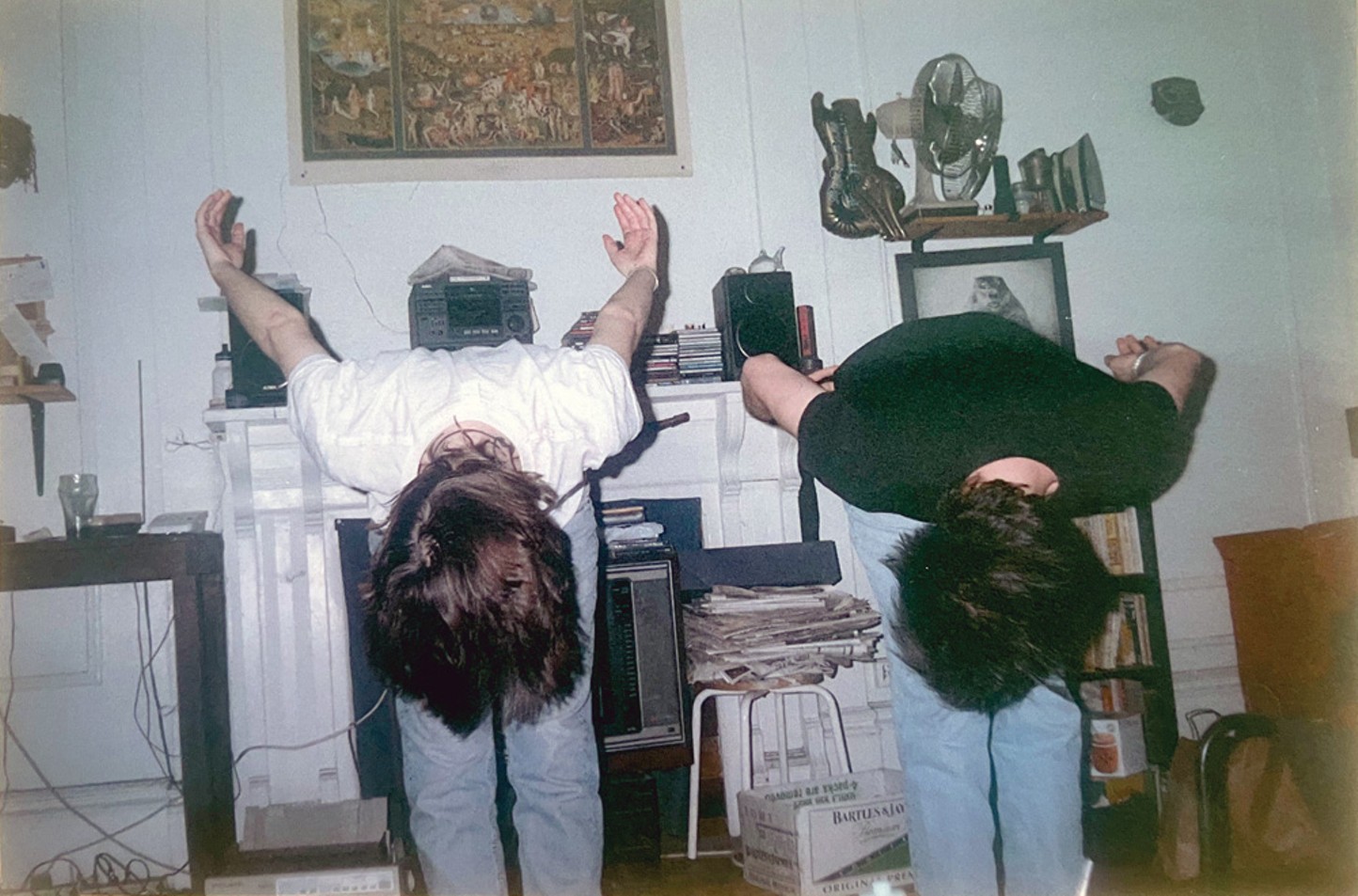 Lee Anne and I had the `rona for Christmas. We picked it up at Christmas Eve dinner with my family. (We don’t know who dirtied us, but never forget: Family is toxic.) Everyone got it except my brother’s ex, Lacy, who wore a double mask and wore a face shield all the weather. Lacy looked silly in her fancy dress and medical gear—the belle of the infectious disease prom—but I guess there might be something to wearing masks after all.

Lee Anne and I tested positive a few days later after other family members fell ill. Considering our vaccinations and boosters, we were generally fine – Lee had a flu-like thing for a few days, I was mostly asymptomatic. Just some downtime for Netflix and quarantine. After a few days on the couch and Cobra Kai season 3 over, I decided to tidy up the basement. While digging through the trash of 20 years in a house and not taking a single tip from Marie Kondo, I came across three cartridges of undeveloped film.

Since I couldn’t remember the last time we even owned a camera, I had no idea what they might be. Which made me very excited. (You’ll understand why.) As my personal story drifts day by day into murkier mental territory, these photos might bring back memories that I had completely forgotten. Despite its inaccessibility and general slipperiness, a part of the past could be restored through mechanical reproduction.

Maybe the photos were from one of the European trips we took in the late 90s. We were walking around Paris and London and Barcelona shooting rolls and rolls of film and then coming home and we forgot, discovering them at the bottom of a drawer months later. One time it had some pretty amazing results and brought me closer to my dad in a way I never expected.

My father was a man who liked bargains. He had acquired a discount book with several coupons for cheap film development from a Seattle lab. For a few years he sent all my movies and paid the bill. (He loved his children even more than a bargain.) After one of our trips, I gave him a handful of film to develop. When I saw him again a few weeks later, he had a delighted smile on his face as he handed me the print envelopes.

“There are some great photos in there. The landscape is really impressive. Dazzling shapes and contours,” he said, pointing to the top envelope.

“I was curious about your trip,” my father said, suppressing a smile. “Italy is supposed to be very beautiful at this time of year.”

Inside the envelope I found 20 shots of the rolling vineyards and fortified villages of Tuscany, bathed in that distinctive orange light I’ve only encountered there. These were followed by half a dozen Lee Anne “naked self-portraits” photos taken in the mirror, unbeknownst to me and planned as a special treat for me. And now for my father too. An intimacy that I did not expect to share with this dear old dad. I handled my own film development after that.

When I went upstairs and told Lee Anne about the movie I had found in the basement, she gave me a wry smile and asked, “Nudes maybe?” As I mentioned earlier, I was really intrigued to find out what was on the film.

Turns out you can still get movies developed locally (at least in Kingston), and when our quarantine ended, that’s exactly what I did. Despite my excitement at seeing the prints, I waited for Lee Anne to come home. I wondered if we recognized all the people and all the places in the photos, because the film had to be at least 20 years old. I remember visiting my great-aunt Kathleen in Bantry Bay, the Irish port town where my grandfather grew up. Last of 12 siblings and in her 80s at the time, Kathleen showed me a box of faded family photos – people from long ago with hats leaning against railings, stuff like that. She took out the photos, one by one. If the photo wasn’t captioned and Kathleen didn’t recognize anyone, she threw it in the trash. “All the others are dead, so if I don’t know them, then no one will,” Kathleen said, in such a defiant tone of staring mortality straight in the eye that it gave me goosebumps.

The first roll was from a trip Lee Anne took to his home in Florida for Christmas in 1995 and contained beautiful photos of his parents, both of whom died over ten years ago. The second roll was a series of close-up portraits of a party at our apartment in New Paltz, where we lived during the snowy winter of 1996. Aside from a chilling shot of our roommate James doing his best impersonation of a dead-eyed Charles Manson stares, the photos are unremarkable and smudged. A note from the lab on the envelope reads “Color has aged/changed.”

The third roll was shot entirely in Lee Anne’s Upper West Side apartment in the winter of 1995. Of the 27 prints, 20 are photos of a friend of ours, Marl, cutting his hair to another of our friends. One of the most documented haircuts of the decade, I believe. In addition to being amazed, as always, by the impossible youth of my friends and I, the photos are forgettable. Mark is not Vidal Sassoon; Sarah is not Kate Moss. Whoever took the photos is not Annie Leibovitz. (And sadly, no nudes, although there is a photo of Sarah showing off her boobs.)

Strangely, what struck me were the things in the apartment, the objects that I had forgotten. Twenty-five years later, I remember the people very well, but the things we surrounded ourselves with are all in landfills. Ikea furniture ready to break. Civil War cavalry sword. Aerobics. Homemade gravity bong. The print from The Garden of Earthly Delights by Hieronymus Bosch. The 25-inch TV with faux wood finish. The dual CD/cassette stereo system. CD and cassette cases. The mobile phone with extendable antenna. The footprint of the groundhog knocking down the bird. The garden chair. The electric typewriter. All buried somewhere, like the stuff in my basement is intended. There will simply be no pictures.

Russia, US clash at UN over troop buildup near Ukraine