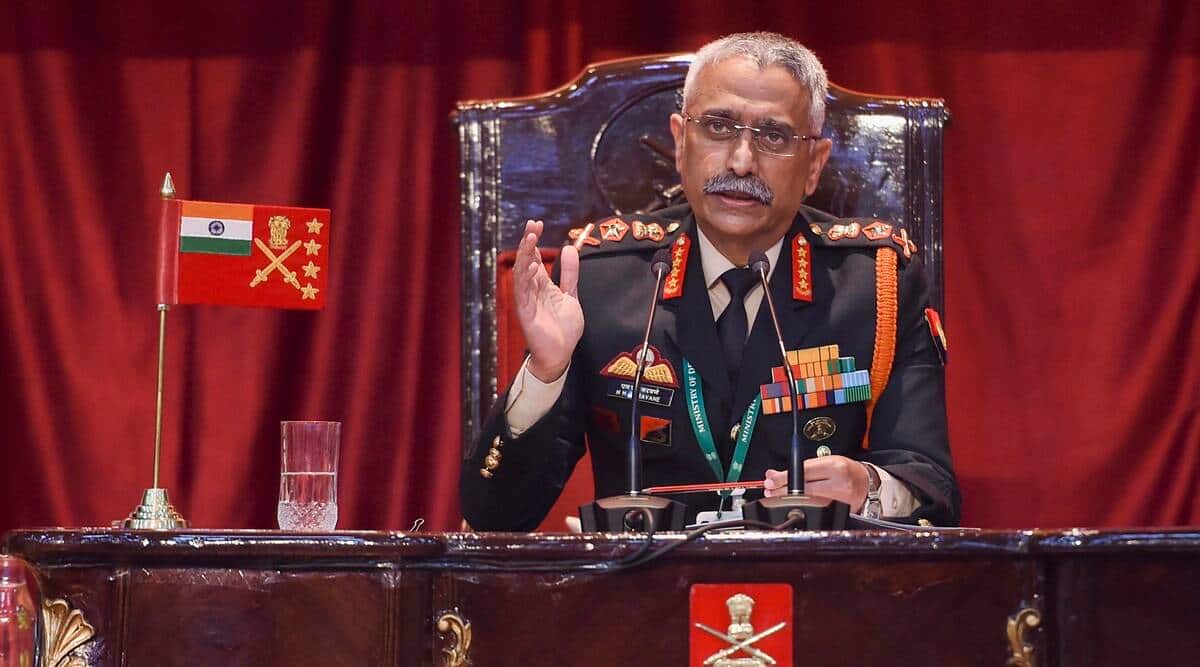 India has already witnessed “trail trailers” of what the conflict will look like in the future along the country’s volatile and active border, Indian Army Chief General MM Naravane said on Thursday. .

He said India faced “unique, substantial and multi-domain challenges” and that “contested borders with nuclear neighbors coupled with state-sponsored proxy warfare stretch our apparatus and resources. of security”.

Speaking, along with the heads of the Indian Navy and Indian Air Force (IAF), at the Pragyan conclave organized by the Center for Land Warfare Studies (CLAWS) think tank, Naravane said: “We are already seeing trailers of future conflicts. They occur daily on the information battlefield, in networks and cyberspace. They are also played with our borders still unstable and active. It is up to us to visualize the contours of the battlefield of tomorrow, from these trailers.

The theme of the event was the outlines of future wars and countermeasures. Naravane said that “the creation of the Space Defense Agency, the Cyber ​​​​Defense Agency and the Special Operations Division of the Armed Forces are steps to synergize resources and expertise and strengthen integrated capabilities in these areas”.

He mentioned that the restructuring, rebalancing and reorientation of Indian forces has already been initiated, and added, “We continue to consolidate, from our operational experiences to these changes, and it will remain a work in progress.”

Referring to the collusive threat that India faces from Pakistan and China, he said, without naming any countries, that our “adversaries will continue their efforts, to achieve their strategic objectives, short of conflict, in using gray area activities, in the political, military and economic spheres, and do so in a collusive manner” and events “in 2020 have testified to the diversity of security threats in all spheres, and this has highlighted light non-contact warfare and gray zone warfare”.

“The ceasefire on the Line of Control continues to hold, as we negotiated from a position of strength”, and “developments on our northern borders have also adequately underscored the requirement for ready and capable forces, with an optimal component of boots on the pitch, supported by modern technology, to preserve our sovereignty and integrity”.

Almost all modern technologies have the potential for military application and disruptive impact on modern warfare, the army chief said.

“There are ongoing hostilities between states, in the cyber, information, sub-conventional and hybrid domains, without a formal declaration of war”, and alongside diplomatic, informational and economic coercive activities, they are already being pursued in the gray area, added the army chief. The goal remains to neutralize the adversary, disintegrate its sources of power and render command and control systems ineffective, so as to make physical forces redundant, he also said.

He said some nations are “challenging the globally accepted norms and rules-based order” which has “manifested itself in various forms of creeping aggression and opportunistic actions, to change the status quo, maintaining the threshold below total war”. .

Deterrence, Chaudhari said, would “play an important role in preserving strategic autonomy” and the “four cardinal principles of sound intelligence, the credibility of our force structures, perception management, and the timely application of combat power would be the key to successful deterrence”.

The country could be attacked on all fronts in the future, he said, citing “economic strangulation to diplomatic isolation and military standoffs to information blackout in the form of denial attacks. distributed service (DDoS)” and the traditional domains of land, sea and air have expanded further to include the cyber and space domains that will be the battlefields of the future.

“The Chinese doctrine of ‘winning informal local wars’ enshrines the centrality of information as an instrument for pursuing and winning contemporary wars. The Chinese concept of “unrestricted warfare” combines elements of information operations, cyberspace operations, irregular warfare, law and foreign relations, conducted in peacetime as well as during conflict. This paradigm shift requires a shift in our thought process. Chaudhari said.

Affirming the importance of air power, the Air Force Chief said: “The conflicts of the past decades have clearly established, beyond any doubt, the pre-eminence of air power as the instrument of choice for almost any operational contingencies” and as budget will “almost always remain a constraint, the prioritization of procurement at the national level for key combat elements and enablers becomes very critical.

He said the armed forces must adapt to “operate in an environment of denial” with “a redundant network at the strategic, operational and tactical levels is the need of the hour and therefore developing a tri-service data link is a combat imperative.” Forces, he said, “must be equipped, trained and ready to operate against a wide range of threats from drones to hypersonic missiles.”

Admiral R Hari Kumar, the Chief of the Navy, spoke of the “contemporary geopolitical climate and more specifically the return of great power competition”. He said that “a multipolar world order with overlapping spheres of influence, this competition leads to daily scrambles between nations, across regions and domains. Such competition, if unchecked or unregulated, is likely to lead to conflict. We are all aware that at the operational and tactical level, this competition is already manifesting in the form of gray area warfare, hybrid warfare, salami slicing, and so on.

Calling for “undivided attention” to the cyber realm, he said it “constantly interacts with all other realms of land, sea, air and space” and that ” the lack of international regulation on the use of cyberspace and plausible deniability complicate the situation even further”.

The forces, he said, “are involved in the management of these conflicts even today on a day-to-day basis”, which require immediate solutions and “tend to distract us from the long-term vision, which are the “transformational changes that will instill agility and protect our organizations against impending shocks”.

The Navy Chief stressed the importance of appointing a National Maritime Security Coordinator (NMSC), which “aims to break down silos and support cross-organizational connections.” He said, “Given our security situation, the likelihood of full-blown conflict can never be ruled out.”