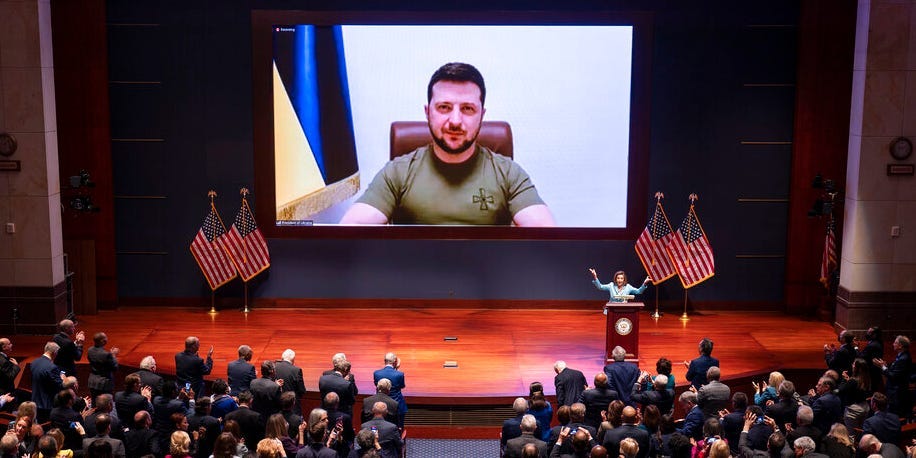 Russia’s attack on Ukraine is the biggest war in Europe since World War II, and the war has changed a lot since the Allies defeated Nazi Germany.

Although WWII GIs can recognize jet planes and shoulder-fired missiles, the battles Ukraine and Russia are waging in cyberspace and on the electronic spectrum would likely be more confusing.

The US Department of Defense defines electronic warfare as military activities that use electromagnetic energy to attack or disrupt an adversary’s activity. It can affect anything that uses electricity and can be conducted by land, air, land, sea and space.

A striking example of electronic warfare in Ukraine is the interception and disruption of electronic communications. Intercepted Russian communications have shown that Russian units cannot effectively communicate with each other or with Moscow, often due to Ukrainian interference.

The Russian military uses large, heavily armored vehicles to transport its electronic warfare systems, but these vehicles are easy to identify visually and electronically. Ukrainian drones were able to spot them on video and pick up their electronic emissions.

This also applies to the Ukrainian targeting of Russia’s multiple launch rocket systems. “Ukrainian counter-battery [fire] and drone attack is becoming more and more effective,” added Hasken, who has extensive experience in special operations and the intelligence community – including the chief cryptologist of the United States Special Operations Command. – and several combat deployments.

Cyberwarfare played a much smaller role in Ukraine than expected, but it did have an impact before and during the conflict.

It is used to disrupt, destroy, and deny an adversary’s access to their networks and the Internet. Cyberweapons come in many forms, including wipers to delete data from devices, website defacements to discredit and mock targets, and distributed denial-of-service attacks to overwhelm websites and networks. with artificial traffic.

Russia used wipers against official Ukrainian websites and networks. Its biggest cyberattack to date was the use of the “AcidRain” wiper against modems and routers in the Viasat satellite communications network. As often happens with cyber weapons, AcidRain has spread beyond its targets and taken down services in other countries, affecting thousands of people, US officials say.

A little help from friends

Ukraine is not fighting Russia alone. The United States and other countries have supplied tens of billions of dollars worth of weapons, and Western intelligence services have provided Ukraine with timely and accurate intelligence on Russian units and Moscow’s plans.

Recently, the United States revealed that it had conducted offensive cyber operations in support of Ukraine. General Paul Nakasone, director of the National Security Agency and commander of US Cyber ​​Command, told Sky News that the United States had “carried out a series of operations across the spectrum: offensive, defensive, [and] information operations.”

Nakasone did not elaborate on those operations or outline their goals, but the White House said they did not cross the line President Joe Biden decided to engage directly with Moscow.

The need for innovation and adaptability in modern conflict is probably what the US military has learned most from the war in Ukraine, Hasken said, saying the Pentagon should conduct a rapid review to determine how to combine the cyber capabilities, special operations forces. , and space assets to overcome emerging threats – in particular the area anti-access/denial systems, known as A2/AD, which China is deploying to hamper US operations in the Western Pacific.

“If we should learn anything from the current nature of the war in Ukraine, it’s that ‘one size doesn’t fit all,'” Hasken told Insider. “The U.S. military must consider the tactics and technologies needed to combat the A2/AD strategies of adversaries and close competitors, particularly in the Indo-Pacific.”

Stavros Atlamazoglou is a defense journalist specializing in special operations, a veteran of the Hellenic Army (national service with the 575th Marine Battalion and Army HQ) and a graduate of Johns Hopkins University.