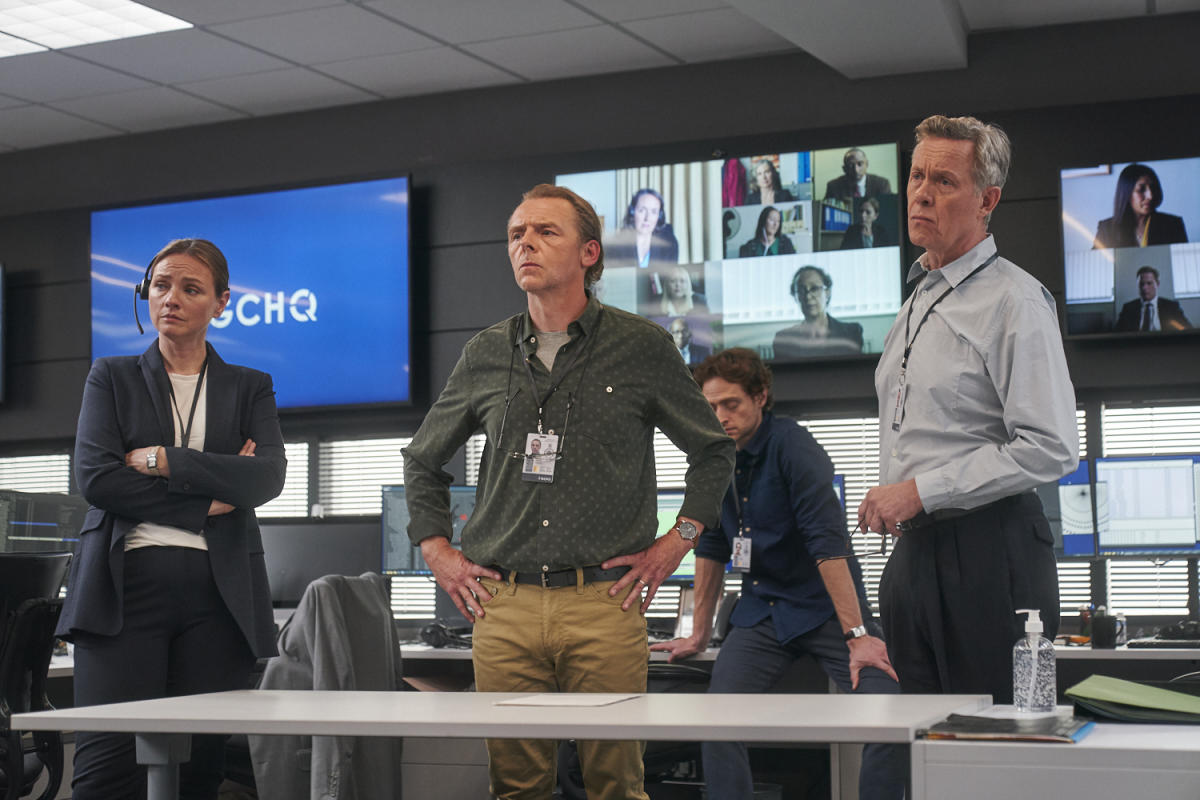 The undeclared warwhich debuted on Channel 4 from June 30, is a political thriller that taps into our darkest fears and demands your attention.

Drawing inspiration from everything, including the 80s Cold War classic War games (John Badham) up Die Hard 4.0 (Len Wiseman), the show sees the UK, circa 2024, held hostage by unknown forces seeking to dismantle our infrastructure and cause nationwide catastrophe. It’s one of the most essential television dramas to hit terrestrial television in quite some time.

Read more: All the news on Disney+ in July

Emmy-nominated screenwriter director Peter Kominsky (hall of wolves), depicts a plausible version of Britain in free fall, experiencing its deepest recession in a generation. Where the ripple effect of global pandemics, EU exclusion and Eastern Bloc incursions by unhinged dictators seems too close to home.

Titled by Simon Pegg (Impossible mission) and Maisie Richardson-Sellers (Legends of tomorrow), as the head of cybersecurity at GCHQ and an NSA agent, this series quickly establishes its premise before turning into a character study. Hannah Khalique-Brown (Doctors) as Sara; a British Asian intern for GCHQ (government communications headquarters), who is there on internship when attacked.

In a bold opening sequence, inspired by The Queen’s Bet (Scott Frank), the audience is introduced to her as she participates in a coding exercise. Using visual metaphors to illustrate Saara’s immersion in data, Kominsky lets us get under her skin in the first five minutes. It not only uses an elegant solution to make the code breaking more cinematic, but it also effectively draws the audience into the drama.

His main rival in this elaborate opening is Gabriel (Alfie Friedman), a socially awkward scholar who majors in mathematics. It may seem secondary at first, but quickly turns out to be essential once events escalate later. Having earned her place at GCHQ, Saara is assigned to the Malware Division scouring tons of code, where she stumbles upon something that not only staves off a second-stage cyberattack, but makes her a target of professional jealousy. .

It’s here that The undeclared war starts to look like War gameswhile inadvertently tipping a hat to margin call (JC Chandor), while an entire government department is ridiculed by a young intern on the first day. This not only fuels the political fires, as Prime Minister Andrew Makinde (Adrian Lester) grills Danny Patrick (Simon Pegg) at COBRA (Cabinet Office Briefing Rooms), but simultaneously isolates him from some members of the department.

As things continue to ramp up and Saara begins to crack under the pressure of an imploding personal life, she finds solace in a personal relationship with John Yeabsley (Mark Rylance). He is a lifelong employee of GCHQ, who enjoys correcting the internal emails of his colleagues, before sending them back.

Read more: All new on Paramount+ in July

Rylance is exceptional in this role, bringing together the disparate threads of a life spent analyzing data, showing John as a docile man, fascinated by the order of things. Offering a delicate performance between pathos and emotional resignation, he permeates The undeclared war with true humanity.

Simon Pegg, who really stands out in this dramatic role, gives Danny Patrick a real sense of depth, while avoiding the traditional traits audiences might associate with the actor.

As he moves past the point where his past associations with Edgar Wright, Tom Cruise, or Nick Frost define his demographic, Pegg owns the venue. Delivering a sense of tangible threat and understated urgency in an ensemble cast that never runs out of quality.

Other elements that add a degree of detail to this thriller that might go unnoticed include understated, but no less sophisticated cinematography from Gavin Finney. He previously collaborated with Peter Kominsky on hall of wolvesbut also helped shape the appearance of good omens for Prime Video. It’s a partnership that continues to pay off here, as a fluctuating color palette and overtly intimate framing ensure The undeclared war keep the audience engaged.

Read more: All new on Prime Video in July

As the series continues to gain momentum and new secrets are revealed, this journey into the darkness continues down the rabbit hole as a curveball of gigantic proportions offers audiences another perspective on this political thriller. cunning.

This not only ensures that the viewing figures for this series will increase week by week, but that Channel 4 as an institution is once again in the spotlight.

All this while government ministers circle around, looking to leverage a globally recognized brand to continue creating era-defining entertainment.

The undeclared war premieres on Channel 4 and All 4 from June 30 at 9 p.m.