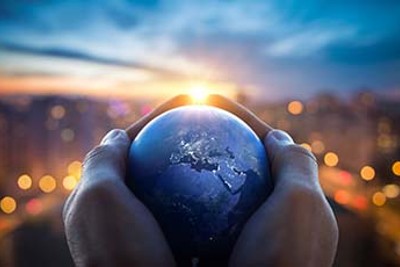 A Strategy Without Nuclear Weapons or a Dead End Reality

We have become desensitized to the world resting on the razor’s edge of destruction. Climate catastrophe, pandemics, cyber warfare and endless wars now seem “normal”. However, the most likely end of civilization in the near future is one that receives surprisingly little attention in the media or in our daily conversation. Nuclear war.

We all know the scenario. Tens of millions of people die in the first 60 minutes of a nuclear exchange, followed by a nuclear winter causing crop failure and starvation around the world. The underworld, radiation, starvation, perhaps a last ditch effort of survival culminating in barbaric tribal warfare before human civilization expires.

The Bulletin of the Atomic Scientists’ Doomsday Clock remains a powerful symbol with its message that if decisive action is not taken, destructive action moves the hands of the clock to Armageddon. According to the Clock, we have 100 seconds before midnight.

Early in the Biden administration, the president pledged to review the nation’s “nuclear posture,” the explicit strategy of how, when and why the United States would use its nuclear weapons. Previous reviews were invariably reaffirmations of existing US nuclear doctrine.

President Biden, with his decades in government, knows nuclear weapons issues very well, perhaps better than any of his predecessors. He consistently raised the point that nuclear weapons should not be used offensively as a first resort. A recent statement by the five permanent members of the UN Security Council, all nuclear powers, repeated the Reagan-Gorbachev-era statement that “a nuclear war can never be won and must never be fought.”

Logically, then, many expected a “non-first use” or “single purpose” statement to be included in its Nuclear Posture Review (NPR), a pledge that the United States would not would use nuclear weapons only to deter a nuclear attack or in response to a nuclear attack. attack. Accordingly, conventional, biological, chemical or cyber attacks would not trigger a nuclear response. Such a posture could provide an element of stability in a terribly unstable world where the chances of accidental nuclear war, or conventional war turning into nuclear war, are perhaps at a most dangerous point. Taiwan, Ukraine, North Korea, Kashmir or Iran could be fatal and apocalyptic tipping points.

As a longtime advocate of arms control in the Senate, some hoped Biden would initiate progress on arms reduction, perhaps even move closer to President Obama’s goal of a nuclear-free world. Such hope is fading.

Unsurprisingly, resistance to changing the Dr. Strangeloves’ status quo in the nuclear establishment is strong in the NPR process. President Biden appointed Leonor Tomero to oversee his nuclear posture review, but she was removed from the post last year by the Pentagon as part of a staff “reorganization”. The military believes that maintaining a vague and uncertain doctrine on when to use nuclear weapons is the right strategy and, more worryingly, supports the argument that the country’s nuclear arsenal must be modernized at a cost. $1.7 trillion over the next three decades.

The Pentagon’s removal of Tomero is indicative of the direction the Biden administration could be heading unless quick and clear action is taken. To stop the nuclear spiral and defuse these arms races, we must act now and pressure Congress and President Biden to take the following actions:

Our perverse reverence for nuclear weapons is not a “posture”, but a delirious dance with death, a flirtation with omnicide. Their use would be the final resting place of humanity (and most other species). They are, to paraphrase Shakespeare, the land from which no traveler returns. Our international disputes are man-made and can therefore be resolved by men and women of good intentions.

The hands of the doomsday clock continue to ring. He is ours. A new arms race or even the continuation of the status quo is unacceptable.

Kevin Martin, syndicated by voice of peace, is president of peace action Education fund, the country’s largest grassroots peace and disarmament organization with more than 100,000 supporters nationwide. Brad Wolf, a former lawyer, professor, and community college dean, is co-founder of the Peace Action Network in Lancaster, Pennsylvania, and writes for various publications.