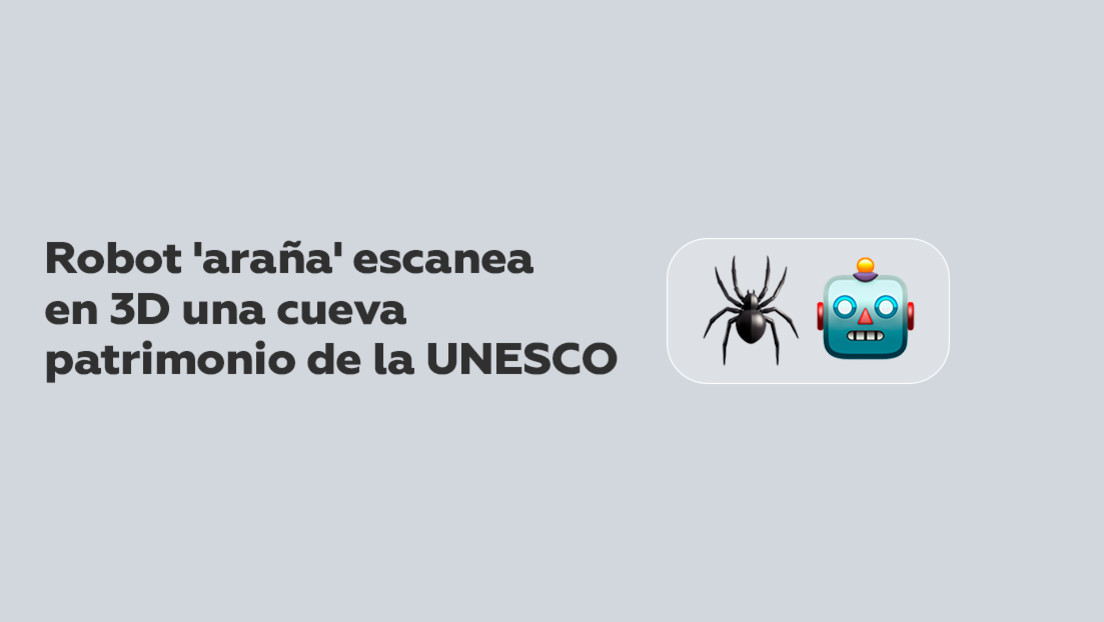 Students from the University of Adelaide (Australia) have developed a “spider” robot that will allow them to perform a 3D scan of the Naracoorte caves, located in south-eastern Australia and declared a World Heritage Site. ‘UNESCO.

The CaveX project was born after a doctoral student, Craig Williams, struggled to complete the 3D model of the caves because he couldn’t collect enough data with his old scanner. At that point, he approached the engineering department. â€œWe were looking forward to our Honors Project and have built a team of like-minded individuals who we believe would work well together and who have solidified our five members for the CaveX Project,â€ said Matthew King, member of the team. ABC.

A design “inspired by nature”

The team started working this year and went through a selection process of 15 models before choosing the current one. According to Hayden Lee, another member, many ideas were raised but had to be rejected because they involved potential damage to the site. The six-legged robot “is inspired by nature,” he noted. “The solution (to avoid potential damage) would be to take the paws that the insects use to move them around and integrate them into the design, â€he said.

After their design and build selection, the team spent a weekend in the caves to test the artifact’s function. â€œHe was able to walk through rough terrain in several stages, he was able to map the surrounding areas and build this map from multiple scans,â€ Lee said.

For his part, the ideologue behind the project was satisfied: â€œIt shows that we are getting some of these areas where I couldn’t get data,â€ Williams said.

As for CaveX’s next steps, Williams said they are “looking at the surface of the cave for new entrances that will hopefully will lead to new fossil deposits“, which will improve the range of knowledge about the fossils that exist in the cave.

If you liked it, share it with your friends!

Trudy Rubin: the war in China will be different | Chroniclers