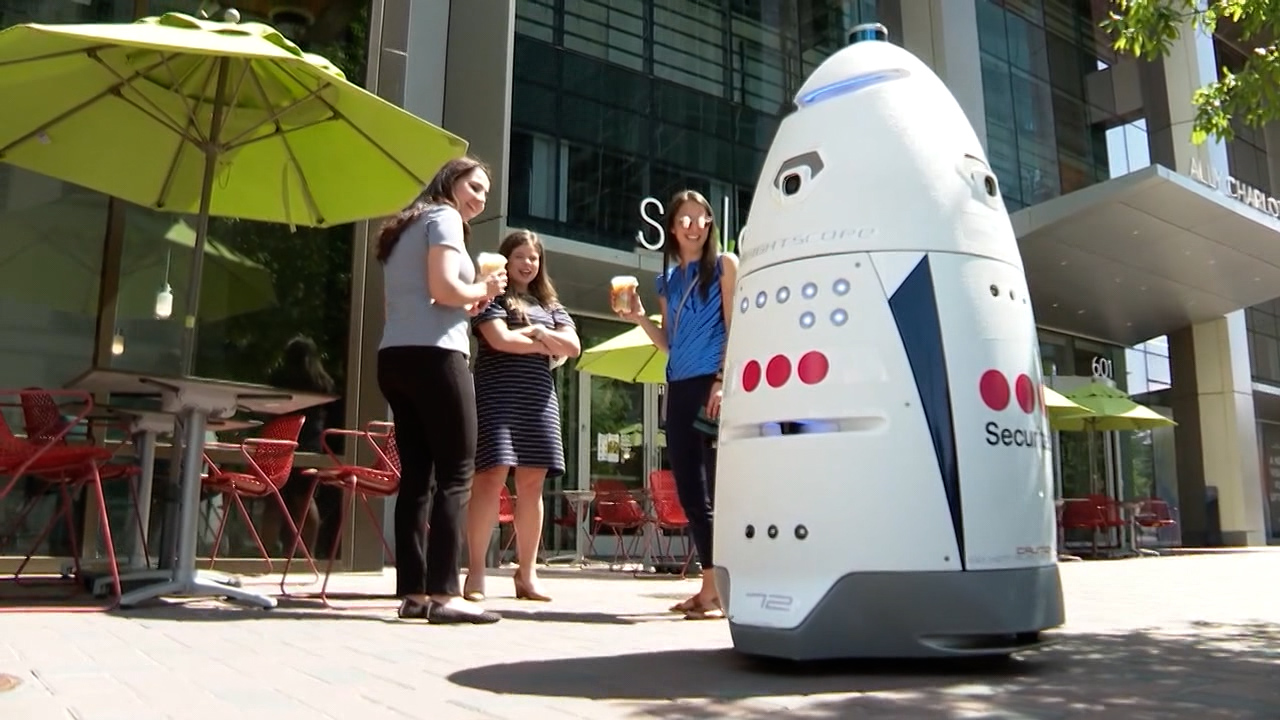 A new robot on patrol near Ally Charlotte Center

CHARLOTTE (QUEEN CITY NEWS) — Whether you notice it or not, Charlotte’s sidewalks are covered in innovative new technologies.

“I thought it was someone in a suit,” a man said as he walked past the robot and laughed.

As it moves at a slow pace, the 5-foot-3, 398-pound robot patrols the block around the Ally Charlotte Center and parking lot.

“I think it’s really great that you can have a roaming security robot, it makes you feel safe,” said Marva Brown.

Ally Bank began testing the robot earlier this year, sending it on its first official road a few weeks ago. The company leases technology from California-based Knightscope.

📲 Download the Queen City News app to stay up to date on the go.
📧 Sign up for QC News email alerts to receive the latest news in your inbox.
💻 Find today’s top stories at QCNews.com for Charlotte, NC, and all of the Carolinas.

“Because Ally owns the building, we are responsible for the safety of those who work, visit and park at Ally Corporate Center. This security technology will help us better serve that purpose. It is also a useful way to augment our security staff, especially in a tight labor market when it can be more difficult to staff night shifts. It is the only security robot we currently use; however, we plan to use this same security robot in other buildings the company owns in other cities,” an Ally Bank spokesperson said.

With cameras on all sides, not everyone knows what to think or how to act as they pass.

The Future Is Here: Company Chooses Charlotte as America’s No. 1 City for Delivery Robots

As many watch, the robot scans the area for potential threats, records suspicious activity and reports crimes.

“When I heard about it I wasn’t sure, I had no idea about it, but now that I see it. I think it’s a great way to be able to patrol more areas and make sure Ally employees and anyone else who parks there stays safe,” said Drew Rynders.

The technology works 24/7 and is more active at night. When it needs recharging, it heads to its charging station until it’s ready to go.