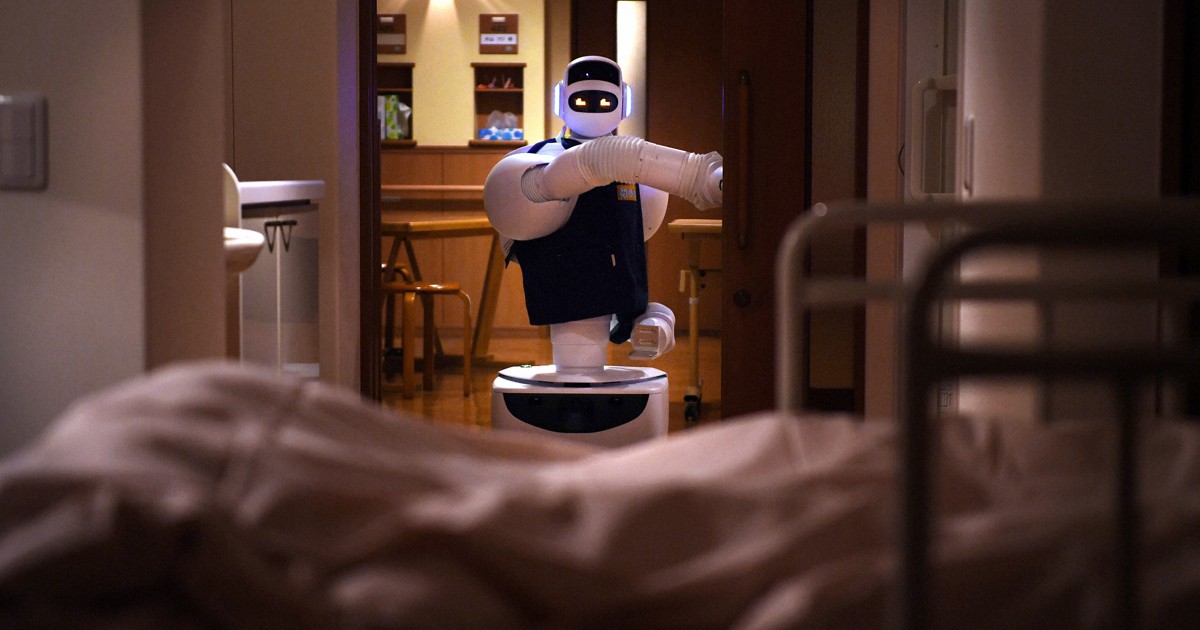 A care robot, a “night work friend” in a Japanese retirement home

OTSU – A robot equipped with self-navigating artificial intelligence is doing its part as part of the night shift at a nursing home in this western Japanese city, helping to improve care while helping to fight infection.

A robot with dim blue lights silently opens the door to a room at the Activa Biwa nursing home in Otsu town just after 9 p.m., when the lights are off for residents. After ensuring that the resident requiring care is in bed, the robot silently closes the door.

The Aeolus robot became a staff member of Activa Biwa in November 2021. Using UV-C lamps, it disinfects commonly touched places in the building, including handrails and door handles. It can also detect abnormalities in residents while they sleep based on their posture or movements, and notify human colleagues by sharing images it has taken of residents.

Its sensors allow the robot to move itself around the building, avoiding obstacles. He can operate an elevator on his own using arms with seven joints each. He was even able to prevent a resident from falling after detecting that he was trying to get into his wheelchair from his bed.

It goes around a floor of the care service of the establishment, which has about 30 rooms, in about 45 minutes. The retirement home operator plans to add more Aeolus robots and increase the number of floors it takes care of.

Kayo Kojima, 60, head of the central Japan region for Activa Biwa’s Trust Garden operating company, told the Mainichi Shimbun: “The nursing sector will be even more understaffed as Japan’s population ages. To ensure good qualities of service, we have introduced a robot now, and we want to expand the things we can do.”

Head of care unit Yuta Minamisawa, 26, who often works with the Aeolus robot during night shifts, said of his robotic colleague: “I was afraid at first that it might create more work , but it has helped cut down on work doing the rounds and sanitizing the devices. . It has become my night shift friend that I can rely on.”