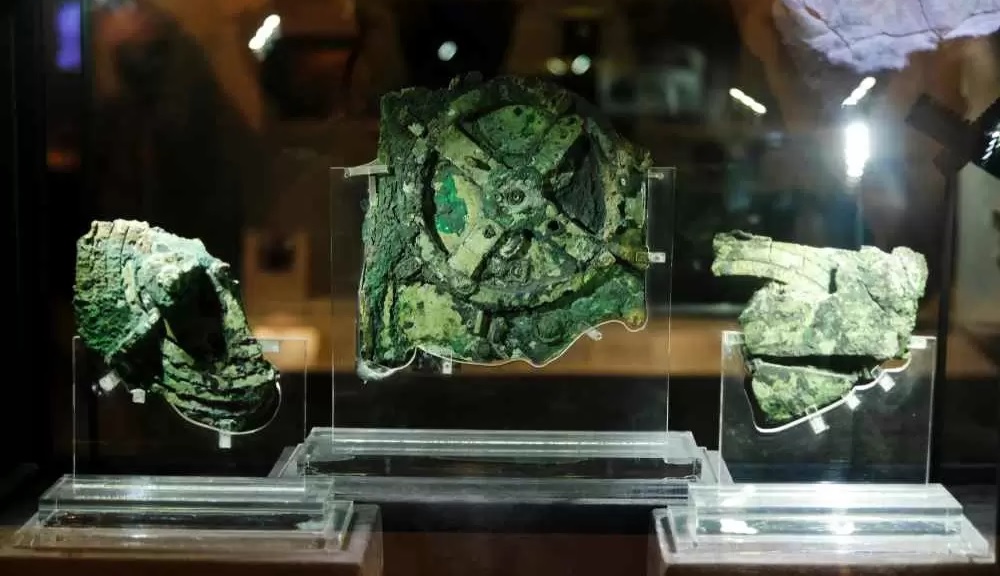 The first thing we definitely think about when reading the title are the big screens, cutting edge software and hardware elements with a futuristic design. However, the models you will see below are a few centuries old. Attentive to everything that is involved in these analog and mechanical computers.

Astrology, in all its fields, brings mysteries that date back thousands of years. Thanks to the curiosity and perseverance of those passionate about the subject at the time, it was possible to continue research and development equipment to deepen the study of the cosmos, including the Antikythera Mechanism, the device listed as the oldest mechanical computer, at least according to the conclusion of scientists.

Its discovery was made in 1091, in an ancient wreck on the Greek island of Antikythera. According to researchers, the creation of this invention dates back to 205 BC. C. and 87 a. C. and it was already well used at the time of the sinking. Its construction was made in a wooden box with a matrix of 37 bronze gears and this represented the mechanical model of what was then known as the universe (the solar system with Jupiter and Saturn).

Using a pair of dials on the front and turning the crank on the side of the mechanism, you can scroll through the egyptian calendar and the 12 zodiac signs to predict what the night would be like. According to scientists, models like these evolved from simpler mechanical computers.

The world’s first programmable analog computer is the distinction that the masterpiece created by Ismail al-Jazari has. Back in the 12th century, this inventor, mathematician and mechanical engineer, was recognized, among others, by the Book of Knowledge of Ingenious Mechanical Devices, a copy which showed his projects for the time, including the Water Clock of the Castle . In short, it is one of the most advanced water clocks of the time, because it had the right coordination and the ability to reprogram itself to adjust the water level of the drive mechanism in measured intervals. In this way, it was possible to adjust the length of the day throughout the year.

Thanks to all the contributions he made at the time, he is now recognized as the father of robotics, in part thanks to the water clock devices with prescribed action capacities for, for example, to play the drum so that the hour strikes.

To this day, the Pascalina is considered the world’s first practical mechanical arithmetic calculator. Following the work relating to the fiscal and fiscal functions of an accountant (simply balance, account and payment figures) in 1639, Pascal wanted to create a machine that reinvented the typical process of addition, subtraction, multiplication and division with the reams of math tables They had pre-calculated numbers for various operations.

So he ended up developing a machine that could mechanically add and subtract through the use of wheels and switches. For multiplication and division, operations can also be performed using a series of addition and subtraction. With this, the modifications made it possible to adjust the size of the Pascalina for office use and that in this way the person has entered the numbers and the desired operation, in order to receive the automatic result with the values ​​of a wheel.

In the list that arrives thanks to the guys from Interesting Engineering, it is also revealed that thanks to the development of this tool, focused on a mechanical automation solution in a machine that performs arithmetic operations, it is possible to see what we know as a current computer CPU. The reason is that Pascalin is the analog equivalent of an arithmetic processing unit, one of the most important components of the processor modern computer. In other words, the digital process can be seen as the evolution of the mechanical functions of Pascalina automatic transport, which offers the possibility that a CPU can run at high speed.

Marvel presents the Mecha incarnation of Loki in Tech-On Avengers