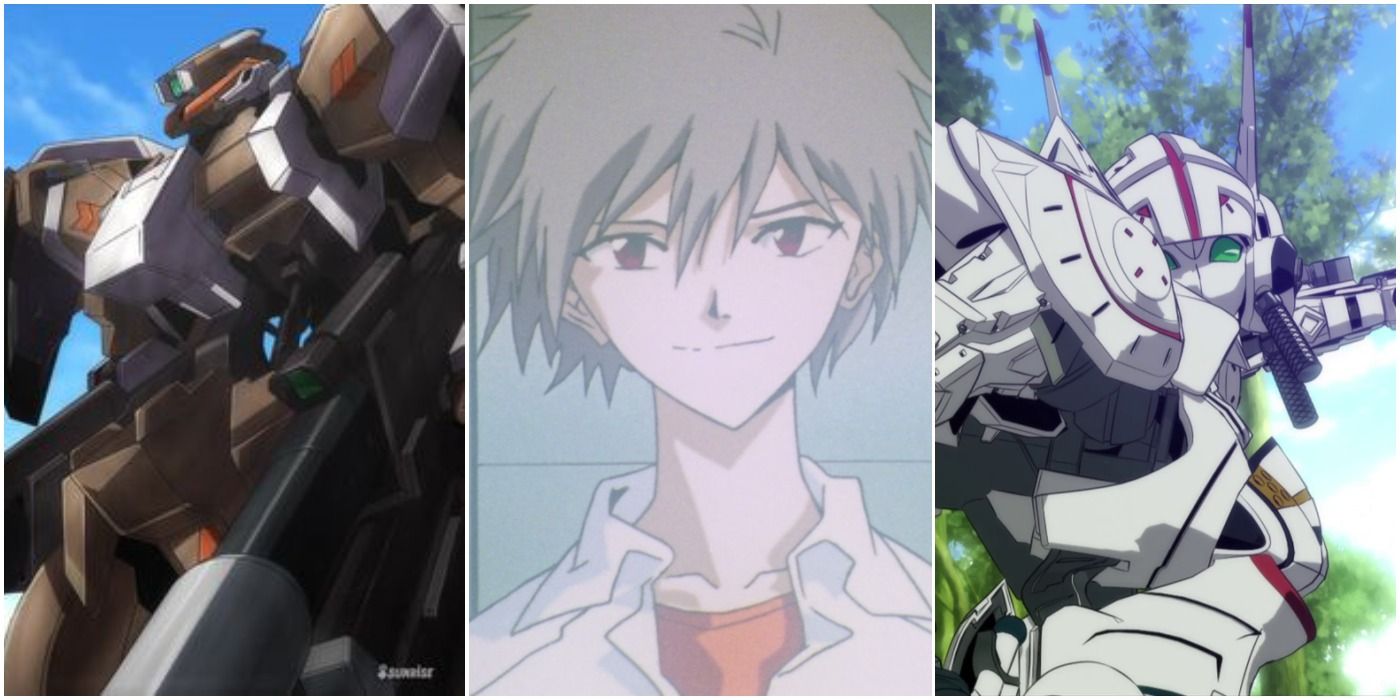 Although mecha anime has waned in popularity in recent years, it’s still a beloved genre. Neon Genesis Evangelion, gurren lagann, Darling in the Franxx, and many more are held in high regard by many fans and for good reason. These shows provide audiences with a connection to the characters and give good reasons to sympathize with them. Even if the audience doesn’t fully identify with the characters, they can still champion their cause.

Mecha shows are known for their cool and flashy combat, but they also have some great stories to tell. The best mecha shows don’t have mechs just for awesome fights. They have awesome fights because the characters are driven. They fight for a cause. Each character who pilots a robot has their own personal issues that they must overcome. When it’s time for them to come to terms with their losses, fans will mourn with them. Shows like Neon Genesis Evangelion and Code Geass have some of the saddest moments in all of anime history, which is why they’re so beloved.

Many fans didn’t expect Kray Foresight to be the movie’s main antagonist. Promare. This fast, chaotic and funny film had many believed that it would focus on the conflict between Lio Fotia and Galo Thymos. Of course, no one complained when the two had to come together to fight Kray.

Despite all the hype, many fans felt saddened to see Galo’s hero as his nemesis. Fans sympathized with Galo, shocked that Kray didn’t even hesitate to imprison him. Fans bonded with Galos when they learned that Kray’s heroic past was just window dressing.

Shirley, who was in love with Code Geass protagonist Lelouch, died a needless death. Her character already had a sad history, which made fans sympathize with and love her. Her father died at the hands of Zero, Lelouch’s alterego, and she lost her memory as a result. Many fans wanted Shirley’s suffering to end. She deserved a better life, but instead, she dies prematurely.

Shirley learns the truth about Lelouch and how he killed her father. She learns to forget him and to forgive him out of love. She explains to Lelouch’s younger brother, Rolo, that she wants to help Lelouch, which makes him extremely jealous. In his jealousy, Rolo kills her, leaving Lelouch and the fans in tears.

Despite Darling in the Franxx being a controversial show, many fans agree that its ending is filled with joyful sadness. The series climax ends with the main character, Hiro, and the beloved Zero Two sacrificing their lives. Their sacrifice left many fans heartbroken.

Kamina is a fan favorite character. He was the brotherly inspiration type character in gurren lagenn to Simon, the protagonist of the show. His death in Episode 8 was a heartbreak that many fans didn’t expect. One of the reasons his death was so sad is that he was confident. He was an inspiration to everyone on the show and told them to keep fighting.

When he dies, that trust and inspiration is immediately quashed. Everything Kamina preached, his reason for fighting, was refuted. His words meant nothing. His death inherently meant nothing, which is why it hurts for fans to watch. However, his death helped inspire Simon as a character to grow stronger and more determined.

Neon Genesis Evangelion is famous for making his fans sink into sadness. The series pains its characters, especially the protagonist Shinji Ikari. Kaworu’s death is arguably one of the most traumatic moments in the second half of the series, both for the fans and for Shinji.

Kaworu is one of the only characters that pushes Shinji to open up. Shinji is made to feel comfortable, even loved, by Kaworu. Fans can’t imagine the pain Shinji went through when he had to kill Kaworu with his own hands after learning that Kaworu was an angel. Shinji never recovers from this moment, which is reasonable. For the rest of the series, he feels he may never find love or acceptance.

The last episode of guilty crown broke the hearts of many fans. Inori Yuzuriha, the female protagonist of the series, sacrifices her life to save Shu, the male protagonist of the series. Such a sacrifice, especially out of love, would obviously leave fans in tears. However, many fans try to remain optimistic, believing that Inori still lives in Shu’s body, and in her ultimate sacrifice, she can share a soul with her loved one.

The final scene of The End of Evangelion is both heartbreaking and haunting. Fans had to sit and watch as fan-favorite characters died, leaving Shinji and Asuka in a world of ruin. To top it off, Shinji is still in pain as he attempts to kill Asuka to see if the world has been rebuilt in his favor. Seeing the series protagonist give up at this point, realizing that there is still suffering in the world, leaves many fans in anguish.

Kaworu is destined to die in the evangelization series as a whole. What shocks fans is that he is aware of it and even accepts it. In the Rebuild series, Kaworu voluntarily sacrifices his life for Shinji. Many fans are saddened to see Kaworu die again in the Rebuild series, especially since Shinji begs Kaworu not to sacrifice her life for him.

RELATED: Evangelion: 10 Ways Evangelion Is Like No Other Anime Mecha

Many fans consider the Code Geass ending to be one of the most famous Anime endings of all time. Fans are following Lelouch all the way, even if they disagree with his approach to peace. There’s something relatable about Lelouch as he works and strives to create a peaceful world for his sister. Lelouch intentionally settles for every nation to come together to form peace.

Lelouch sacrifices his life knowing he will be written into the history books as a villain. Fans burst into tears as Nunally, her younger sister, realizes her sacrifices and cries over her body as the crowd cheers. Nunally’s screams are embedded in many fans’ heads as she begs for her older brother. She didn’t want him to sacrifice himself, she just wanted to live with him.

The latest episode of the Evangelion series has left fans of the series in tears. contrary to End of Evangelion, Evangelion 3.0 + 1.0: Once Upon a Time, left fans with somber sadness as they have to say goodbye to their favorite characters for good. The end of this film is not one of traumatic sadness. Witnessing the findings of this show is like seeing a loved one go off to college.

Seeing Shinji Ikari happy and living a well-adjusted life had a huge impact on fans. The moment isn’t particularly sad on its own, but it did signify the final conclusion to a classic series, a kind of sadness all its own.

NEXT: 15 Heartbreaking Anime That Will Make You Cry

How about a robot umpire to settle the MLB dispute? | National sports