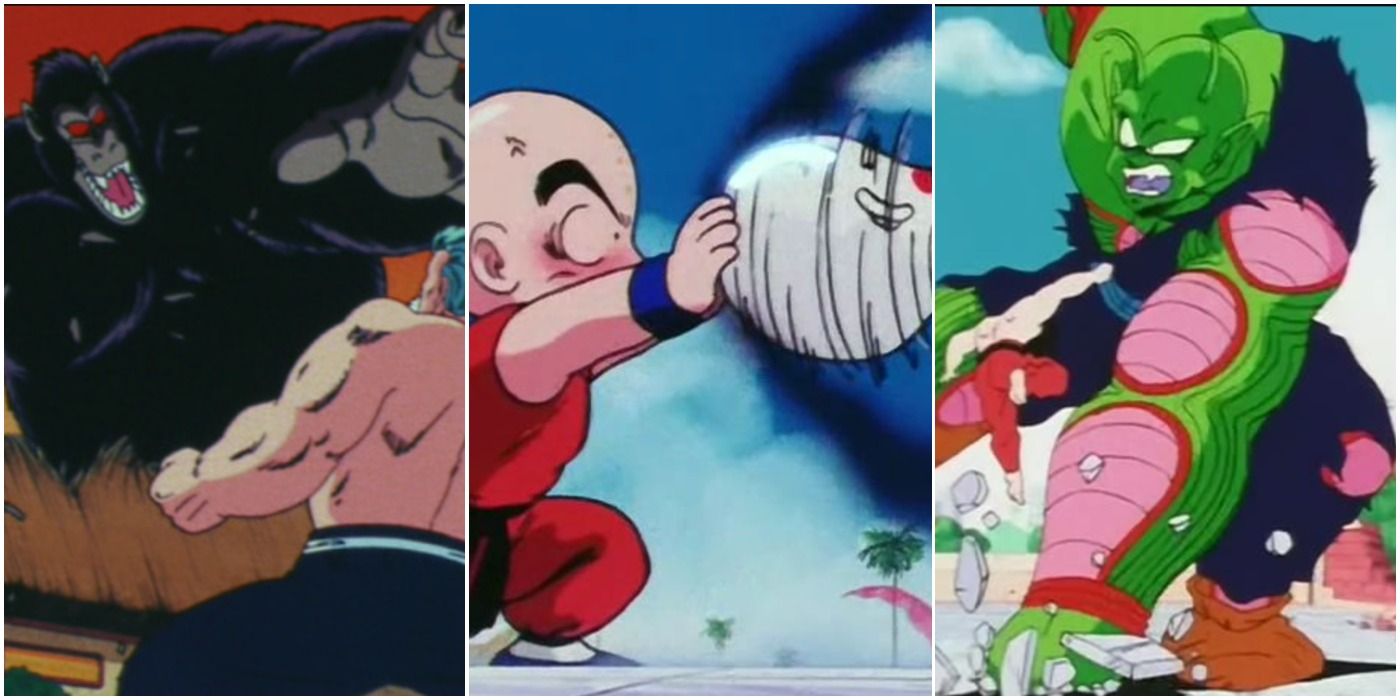 The action packed dragonball The franchise frequently features the extremes and spectacle that audiences associate with the anime industry. Goku has grown incredibly since his childhood exploits in the original series, but his daunting strength has never been in question.

RELATED: Dragon Ball: 10 Fights That Lived Up To The Hype

Goku masters many martial arts basics in the original dragonball, but his inexperience in the field also results in extremely unusual battles that prioritize other skills over strength. dragonball is the perfect blend of comedy and action, which is often featured in the show’s hot fights.

The World Martial Arts Tournament becomes an entertaining tradition that can be found in each of the dragonball series. These competitions make their debut in the original series, and they’re a good opportunity to introduce an abundance of diverse characters without having to worry about a long backstory.

Bacterian represents a group of lower level fighters who lack real martial arts skills and instead attempt to overpower their opponent by other means. In the case of Bacterian, his daring strategy is to stun his target with his poor hygiene. This silly tactic works for him until he confronts Krillin, who has no nose and is therefore unaffected.

Monster Carrot is easily one of the weirdest individuals to appear in dragonball, and he’s someone who is very representative of the dumber and larger nature of the original series. Monster Carrot is an anthropomorphic rabbit that is the size of an adult and possesses the dangerous ability to turn people into carrots if they come in contact with it.

Monster Carrot leads an engaged mob and he successfully turns Bulma into a vegetable. The circumstances surrounding Monster Carrot’s strength force Goku to fight exclusively with his Power Pole so that he doesn’t personally hit Monster Carrot. However, the climax of this encounter takes the characters to the moon, which is a first for Dragon Ball.

8 A young Yamcha and Chichi have a chaotic clash together

Chi-Chi’s days on the battlefield are more or less over once Dragon Ball Z begins, but there are a handful of instances in the original series where she shows off her impressive combat abilities. Yamcha is a decent martial artist at the start of dragonball, which makes him a worthy opponent for Chi-Chi.

RELATED: Dragon Ball: 7 Classic Fights That Would Have Been Better With Ki

What follows is a highly chaotic and reactionary battle. Yamcha is terrified of the helmet blade and Chi-Chi’s laser, which he watches doing quick work on a dinosaur. He is able to frantically knock her out, but his clumsy nature with women also makes this a flawed strategy.

7 Mercenary Tao only needs his tongue to eliminate General Blue

None of the Red Ribbon Army’s trained military professionals are against killing a child once Goku starts getting them in trouble. General Blue and Mercenary Tao are two of the coldest warriors associated with the Red Ribbon.

Tao is so evil and committed to carnage that he even continues to plague Goku after he “dies” and gains a cyborg upgrade. One of the most defining moments for Tao’s character is when he eliminates Blue, simply by using his tongue. It’s absurd, but it also signifies a terrifying power that can annihilate Goku if he’s not careful.

Master Roshi is Goku’s first true mentor and is responsible for teaching him many of his signature abilities, such as the Kamehameha. Roshi curiously challenges his Turtle School students when he competes in the World Martial Arts Tournament against them, under the alias of Jackie Chun.

Goku is forced to fight Chun, unaware that he is locked in a battle against his trusted teacher. This fight turns into such an unusual sight as the full moon triggers Goku’s great ape form. This development is enough on its own, but Roshi’s strategy for success is to destroy the moon, which demonstrates creative and impulsive thinking.

One of the most surprising transitions that occurs at the start of Dragon Ball Z is that arch-rivals Piccolo and Goku become reluctant allies. the original dragonball pits Goku against Demon King Piccolo, Piccolo’s father, in what is one of the young Saiyan’s greatest battles from his childhood.

RELATED: Dragon Ball: 10 Short Fights That Had To Be Longer

Piccolo attempts to carry out his dead father’s revenge with his fight against Goku in the World Martial Arts Tournament. This fight is even more unique than the one against Demon King Piccolo as Piccolo Jr. makes prominent use of his gigantification skill. Goku is forced to face a gigantic opponent who makes his enhanced strength seem insignificant.

4 Chiaotzu Versus Krillin Becomes A Turning Point For Both Characters

dragonball creates effective dramatic tension when Master Roshi’s star students, Goku and Krillin, face off against their infamous counterparts at Master Shen’s Crane School of Martial Arts. Chiaotzu isn’t as strong as Tien, but he has a much more striking appearance and he’s more Krillin’s size.

The 22nd World Martial Arts Tournament pits these two against each other, and it’s one of the best battles in the competition. Chiaotzu dominates the start of the fight as he is able to fly, while Krillin cannot. There is suspenseful and silly choreography behind this dynamic, but Krillin wins valiantly by releasing his first Kamehameha. This is a pivotal moment for the character.

The Red Ribbon Army pose a considerable threat to Goku and his friends, but mainly due to their resources and manpower rather than the physical strength of their members. Most of them are just regular people who would crumble under a single punch from Goku.

One of the last fights against this organization involves Officer Black in a mecha battle jacket against Goku. This piece of technology flies and launches strong firepower at Goku. Goku is driven to consider alternate strategies to defeat this mech.

Tien, unfortunately, fades once in the background Dragon Ball Z really starts out, but he’s a force to be reckoned with in the original series. The 22nd World Martial Arts Tournament reaches its climax when Tien and Goku face off in the final. It remains a memorable fight as it features many of the earlier marks of the series present before Super Saiyan transformations became the norm.

Tien’s Multi-Form technique is a big plus, and Goku is such a brilliant fighter at this point that it’s a real shocker when he loses. Goku can now shame Tien, but this battle becomes a useful lesson for Goku.

Dragon Ball: Path to Power is a cinematic retelling of the first half of the original dragonball which celebrates the tenth anniversary of the series. The path to power features meticulous direction from Yamauchi Shigeyasu and smooth animation. The film slightly remixes the altercation against Red Ribbon.

Master Roshi obtains the privilege of annihilating General Blue and a large part of the army. Roshi puffs himself up and pulls out a MAX Power Kamehameha, which is already a visual delight, but the film’s artistry elevates this power release into an even more beautiful display.

Dragon Ball: 10 Ways The Original Anime Has Stood The Test Of Time